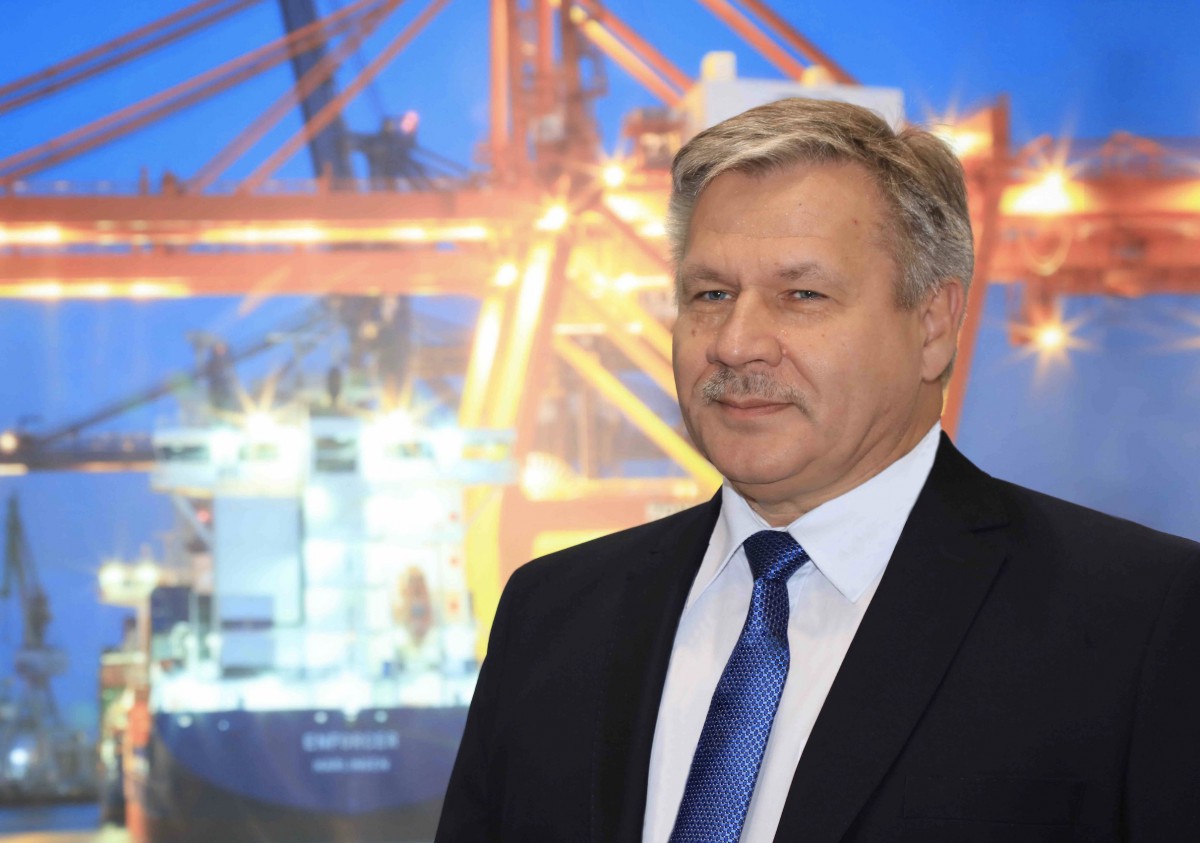 Seaports, Shipping, Logistics
Port of Gdynia: Key role of seaports in the functioning of the economy

"We aim to continue the vision of Tadeusz Wenda and Eugeniusz Kwiatkowski, so that the Port of Gdynia could be a driving force for the economic development of Poland for the next decades" says Adam Meller, President of the Port of Gdynia Authority SA, with whom we talk about increases in transshipments even during a crisis, determination in the construction of the Outer Port, and the role of Gdynia port in the construction of Polish offshore wind farms.

The construction of the Outer Port at the Port of Gdynia will be one of the largest planned investments in the Public-Private Partnership (PPP) formula to be implemented in Poland in the near future. What is the level of interest of economic entities that may participate in this venture?

We are currently completing in-depth market research, which at this stage shows the great interest of operators, financial institutions and companies specializing in the construction of hydrotechnical structures. This is the first infrastructure investment of its type in Poland. The PPP formula is very beneficial for the central budget due to the involvement of external funds, in the form of a private partner. In the nearest future, we will announce a tender for the selection of a private partner who will be both the builder and the operator of the Outer Port.

We are pleased with the conclusions and assessments of experts, which indicate the great attractiveness of the Outer Port, both for Gdynia and the Polish economy. In 2019, among Baltic Sea ports the Port of Gdynia came second in terms of container handling, in the year-on-year dynamics. We aim to continue the vision of Tadeusz Wenda and Eugeniusz Kwiatkowski, so that the Port of Gdynia could generate the country's economic development for the next decades.

What is the scope, cost and planned completion date of the Outer Port?

The Outer Port will be built in a landlocked sea area, on the extension of an existing Silesian quay, which is a pier with an area of 151 ha with the functionality of a container terminal and for offshore industry. 2.5 km of new quays will be built, with 3 berths for vessels up to 430 m in length and 16 m in draft. The completion of the investment is planned for 2028.

Offshore wind farms in the Baltic Sea have a chance to play a key role in Poland's energy transition towards a low-carbon economy. How can the Port of Gdynia contribute to the development of the offshore sector in Poland?

We are striving to make the Port of Gdynia a key node in the Polish offshore industry. It is very important in view of local content that Polish companies receive as many orders as possible. This is why it is so important that the Port of Gdynia is an installation port so that local enterprises can consume as much of this offshore cake as possible. The value of the offshore market is estimated at approximately PLN 100 billion, of which approximately PLN 20 billion may remain in Polish local content. Offshore wind farms in the Baltic Sea have the chance to play a key role in Poland's energy transition towards a low-carbon economy, and contribute to guaranteeing the country's energy security and helping in the fight against air pollution.

The location of wind turbines at a distance of more than 20 kilometers from the coastline will not disturb the seaside landscape of the Polish coast, and will be a driving force for the economic development of coastal areas and the whole of Poland. Experts' calculations show that installing offshore wind farms with a capacity of 6 GW by 2030 will create 77,000 jobs throughout the country.

The Port of Gdynia is participating in a project entitled "Expansion of rail access to the western part of the Port of Gdynia - reconstruction and electrification". How will the implementation of this project change the way goods are delivered to the port for transshipment?

Our development activities go in one strictly defined direction. Until 2027, no less than 40% of goods in our port will be handled by rail. This assumption is included in our Development Strategy and we will do our best to meet it.

Infrastructure investments are also being implementated, consisting of the electrification of and access to the western part of the port in terms of rail, and also the construction of an intermodal railway terminal in this part of the port. All this will be linked by a new track system, which is being implemented by PKP PLK under a contract to the amount of PLN 1.5 billion.

How is the Port of Gdynia coping in view of the pandemic?

The difficult economic times that have ensued from the pandemic have shown how important ports are for the continuity of goods supplies. The Port of Gdynia, as a universal port specializing in handling general cargo, mainly unitized, transported in containers and in the ro-ro system, has continued to function without interruption since the beginning of the global pandemic, recording increases in transshipments compared to 2019. This most efficient border of the Polish State is of fundamental importance for the national economy, ensuring the continuity of supplies and maintaining logistic chains, also during the lockdown.

At a time when air and rail traffic was almost completely stopped and road traffic was severely handicapped, seaports were fully operational. This indicates the key role of seaports in the functioning of the economy.