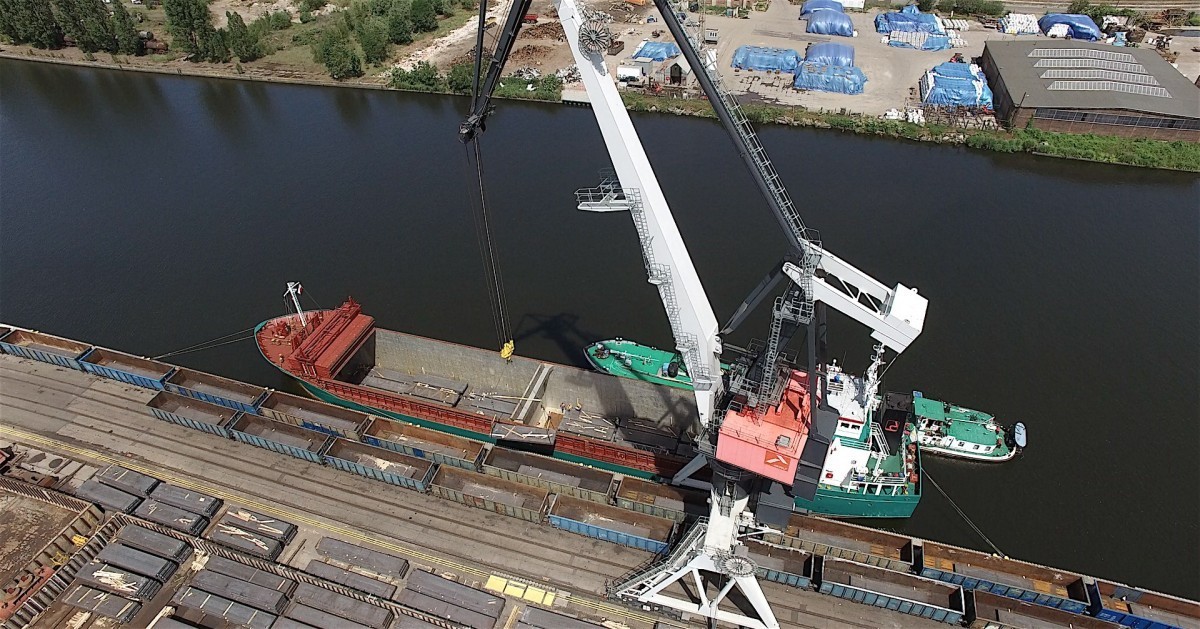 On 13th October this year, the bulk cargo port is to celebrate its centennial anniversary. The event coincides with the 25th anniversary of Bulk Cargo–Port Szczecin.

The event was held in the ‘Old Slaughter House’ in the port of Szczecin. Speakers wished the company further successful years. Speeches by Piotr Krzystek, the Mayor of Szczecin, and Artur Szałabawka, the member of Polish Parliament, were followed by the reading of a letter by Krzysztof Kozłowski, the Governor of Western Pomerania Province. The event was an excellent opportunity to present investment plans developed by the Szczecin and Świnoujście Seaports Authority and sum up the system transformation that took place in the ports in the past two decades. Additionally, the event was accompanied by an exhibition of ‘100th anniversary of the bulk cargo area of Basen Górniczy and 25th anniversary of Bulk Cargo–Port Szczecin Sp. z o.o.’ with commentary by Roman Czejarek and Jan Dębski.

How did it all start?

The establishing of the bulk cargo area in the Szczecin seaport started in 1916. It continued for 10 years until 1926. The facility dedicated to handle chiefly coal and ore in the area of Basen Górniczy in Szczecin was launched on 1st April 1919, whereas the entire bulk cargo port was made operational on 1st September 1920. The annual cargo handling in the port was then 180 thousand tons.

The year of 1924 was important for the port, since at that time, after dredging of the Świnoujście-Szczecin fairway, the port could handle ships of up to 10 thousand DWT. Until WWII, Szczecin maintained scheduled services to 33 ports on the Baltic Sea and 12 ports on the North Sea. A breakthrough moment in the history of the port was the 1946 transfer of such quays as Snop, Huk, Kra, Ucho, Mak, Oko, Cal, Drab and Comet by the Soviets to the Polish maritime administration. It took nearly another decade before the Polish administration could take over the entire area of the port in May 1954. Three years later, in 1957, the Świnoujście–Szczecin fairway was dredged. This enabled ships of 8.68 m in draught, up to 140 m in length and 20 m in breadth to call at Basen Górniczy. In 1960, the Chorzowskie Quay was launched and four years later, the construction of a coal storage stated at the Wałbrzyskie Quay. In 1970 quays in the bulk cargo area were refurbished to handle coal.

On 10th May 1991, the Szczecin-Świnoujście Seaports Authority was established as a single-person State Treasure company. This separated port management from operations. The process also involved setting up of 17 operational companies. In the same year, three limited liability companies were formed, including Cargo-Port, Coal-Port and Mas-Port. They formed the basis for establishing the then Polish company of Bulk Cargo-Port Szczecin. The company adopted its name in June 1994.

At the moment, Bulk Cargo-Port Szczecin employs 400 people. It is the largest cargo handling company in the Szczecin seaport. In the past 25 years, the company has handled 130 million tons of cargo. Every year, Bulk Cargo handles 1000 ships, 1500 barges, 50 thousand railway cars and 60 thousand trucks. Including cooperating companies, Bulk Cargo provides about 1000 jobs. The company continues investing in its development. Up until today, the investment reached PLN110 million. The cost of suprastructure repair and maintenance is PLN112 million. Further growth of the company is defined in the company’s Strategy, which is in line with that of the Szczecin and Świnoujście Seaports Authority. According to the latter, the ports of Szczecin and Świnoujście are expected to take the lead in the South Baltic Sea area.