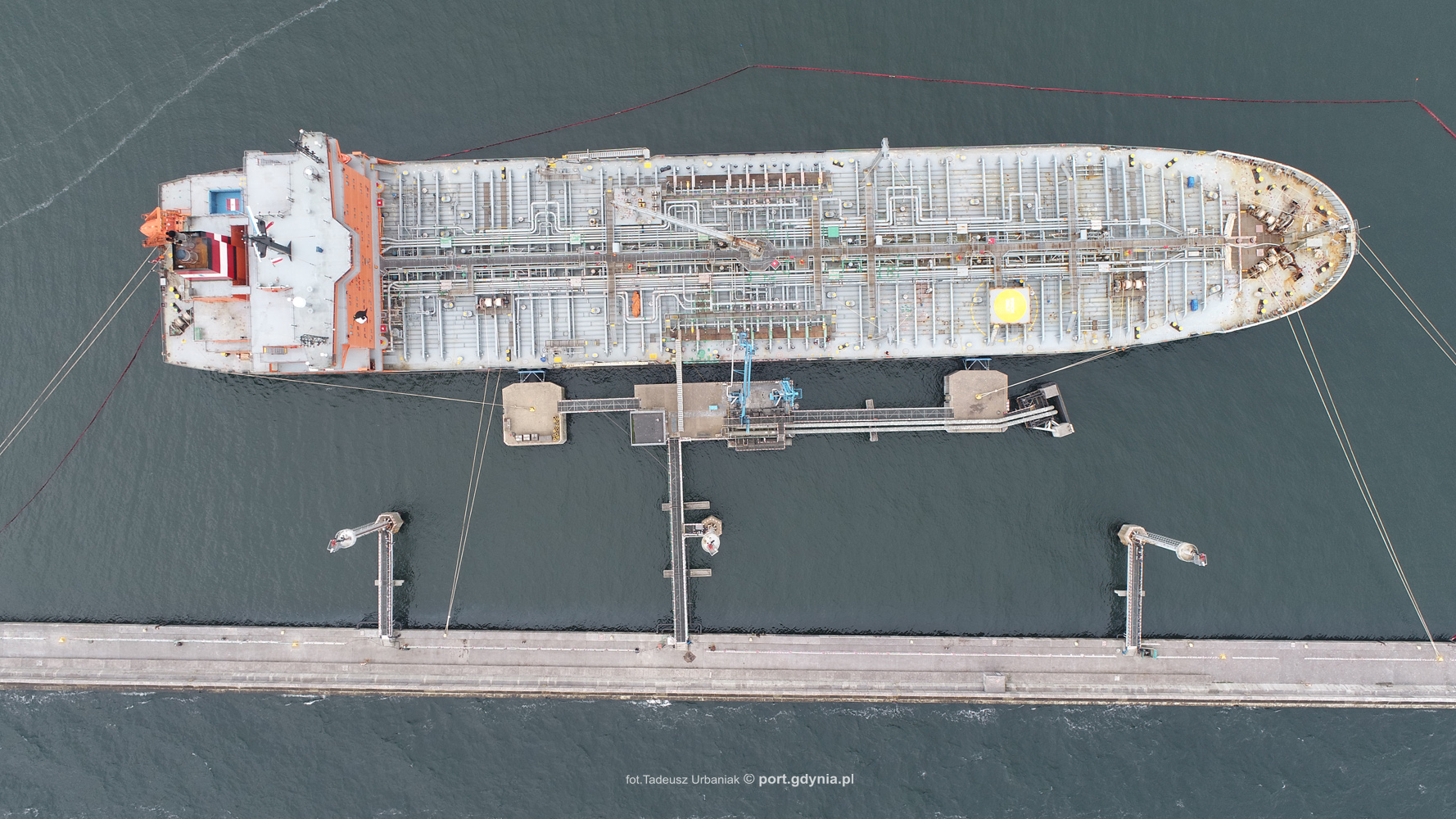 The largest tanker, which this year will be unloaded at the port of Gdynia, arrived from Primorsk. It is "TORM LOIUSE" flying the Danish flag, which has a carrying capacity of nearly 50,000 DWT. The vessel is 183 metres long at 32.5 metres wide and has a current draught of 11.4 metres upon its arrival at the Port of Gdynia. The tanker has delivered 37,000 tonnes of diesel oil, which will go to the PERN Fuel Depot in Dębogórze.

In the Fuel Depot in Dębogórze, two new tanks of 32,000 m3 each are being built. The planned completion date of the investment is 31 March 2021. After the extension, the storage capacity of the base will increase to almost 260,000 m3.

The tanks in Dębogórze are an element of the second stage of fuel depot extension, and make parf of the PERN Megainvestment programme. The first stage included the construction of four tanks with a total capacity of 128,000 cubic metres, while the second stage, currently underway, includes nine new tanks with a total capacity of 222,000 cubic metres, also at the bases in Koluszki, Boronów, Rejowiec, Emilianów and Małaszewicze. Stage III is currently being prepared. How it will be implemented depends on the increase in domestic fuel consumption and demand for storage and trade in fuels.

In addition to the tasks related to the expansion of the tank capacity, the company is preparing for the implementation of the investment awaited by the customers, i.e. the expansion of the railway gate filling station with a railway siding. This will allow for a significant increase in product loading capacity for rail transport.

At the Port of Gdynia, 1862.7 thousand tonnes of liquid fuels were handled in 2019. The Port of Gdynia specialises in the handling of ready-made diesel oil, which is transported by pipeline to the PERN Fuel Depot in Dębogórze.

The Port of Gdynia Authority S.A., in connection with the observed increases in handling of liquid fuels on the maritime transport market, decided to implement an investment programme aimed at modernising the Liquid Fuel Handling Station at the Port of Gdynia (SPPP). The station, located by the breakwater, was equipped with a new pouring nozzle, together with the foundation and associated installations, which was put into operation in March 2020. The permanent fire-fighting installation was also rebuilt, along with the replacement of existing fire-fighting guns and power and control systems. The new, electrically controlled fire-fighting guns will improve the safety of rescue operations and extend the area of extinguishing zones, which will enable the service of wider tankers. The fuel handling installation itself has also been modernised, the dredging works have been carried out to a depth of -12.0m, mooring and bumper equipment has been replaced in order to adapt the SPPP to serve ships up to 80,000 DWT (ships with dimensions over 230m x 39m require the assistance of a fire-fighting ship). By the end of 2020, the modernization of the existing, older nozzle is also expected to be completed. The total cost of all investments carried out by the Port of Gdynia Authority S.A. to modernise and increase the SPPP's reloading capacity is PLN 11 million.

Thanks to the above investments, the Port of Gdynia has a chance to become a significant location on this market within the Baltic Sea, and the Fuel Depot in Dębogórze will strengthen its position as the largest, independent marine fuel hub in the region.