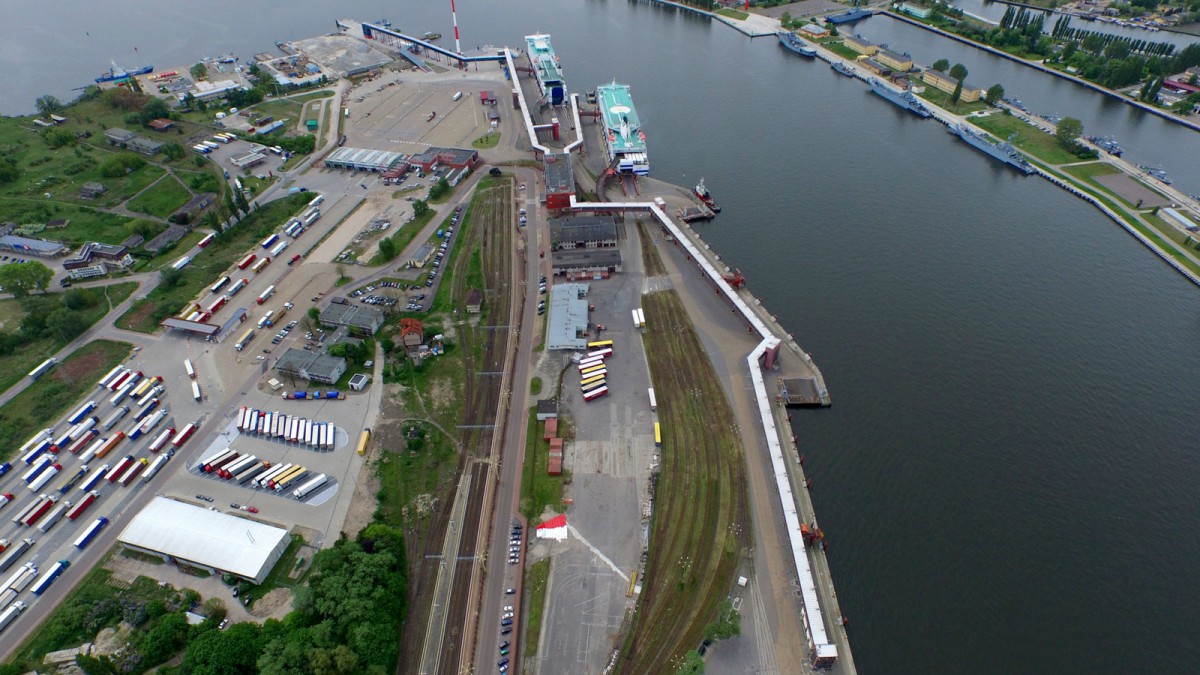 Seaports, Shipping, Logistics
Świnoujście: Contract for the modernization of the ferry terminal to handle intermodal transport

The contract for the adaptation of the ferry terminal infrastructure to support intermodal transport was signed on Thursday in Polish Świnoujście (West Pomeranian). After the reconstruction, the terminal will be able to service ferries and passenger ships up to 270 m in length.

- We have a very good economic situation when it comes to the development of ports, which must be used - said Minister of Maritime Economy and Inland Navigation Marek Gróbarczyk on Thursday in Świnoujście.

After the reconstruction, the Ferry Terminal in Świnoujście will be able to handle intermodal transport - allowing container transhipment to various means of transport. Thanks to this, ferries with a length of up to 270 m will be able to be served, as well as passenger ships with similar parameters.

"- This is the best-growing market in the world when it comes to ferry traffic (...), the most promising when it comes to the development of Baltic transport, and above all the north-south development, i.e. the Baltic Sea-Adriatic Sea connection - told Gróbarczyk to reporters. He pointed out that the investment is part of the process of building and expanding Polish ports.

As pointed out by the head of MGMiŻŚ, Polish ports last year transhipped 100 million tons of cargo. He noted that the investment in Świnoujście confirms "the direction that should be followed, i.e. modernization, expansion of the port and building of hard and strong relations with Scandinavia through Poland with the Adriatic Sea".

The President of the Board of Seaports Szczecin and Świnoujście Krzysztof Urbaś reminded that the terminal is "an element of the Świnoujście-Trelleborg sea highway, that is to say the middle of the northern Baltic-Adriatic transport corridor". He pointed out that he was "at the start of the Oder Waterway", and after its construction some of the cargo from Świnoujście "would definitely go to inland waterway vessels and will be transported further south".

As part of the reconstruction, berth nr 5 will be deepened to 12 m technical and permissible depth of 13 m, and also extended to berth 6 to create one mooring line 294 m long; the bottom will also be strengthened. The existing loading ramp with a width of 14 m and a load capacity of 60 thousand. tons after reconstruction will be 35 m wide and has 180 thousand. tons of load capacity. They will also include new railway tracks and rebuilt existing ones at the back of ferry berths No. 4 and 5.

The terminal will be rebuilt by Budimex, the modernization will cost nearly PLN 200 million net, it is expected to last until the end of 2021.