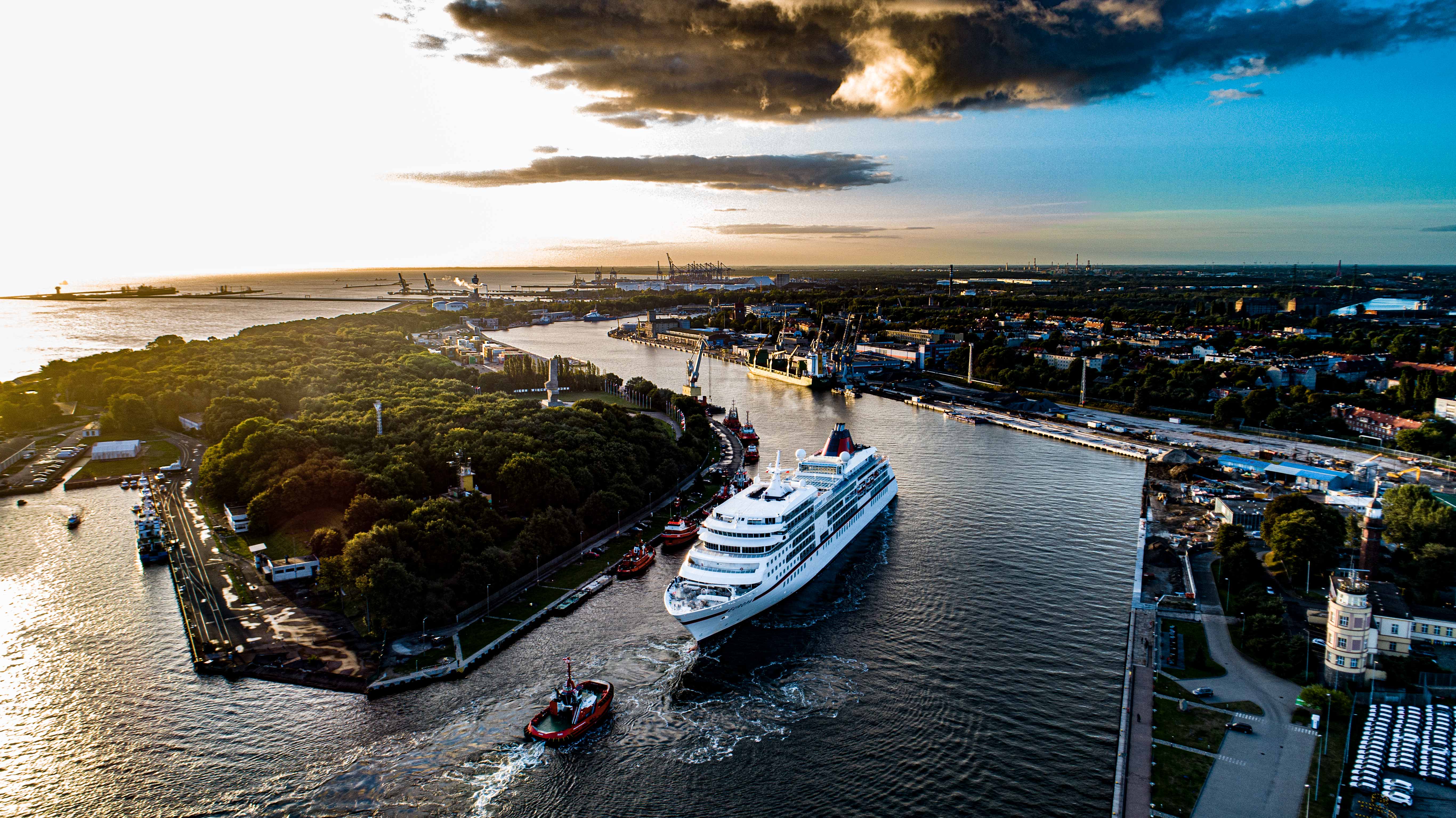 Seaports, Shipping, Logistics
The first cruise ship of the season at the Port of Gdansk

The morning of 10 September 2020 saw the first cruise ship of the season arriving at the Port of Gdansk. The "cruise ship season" used to start at the port in April and end in October. What is more, this year was supposed to break a record in the number of arrivals, but the coronavirus pandemic has changed everything. The plans were to welcome 84 vessels, but today we saw the first one.

[Enlarge] The "MS Europa" is a cruise ship of 198.60 m in length, built in Helsinki. It commenced its voyage on 1 September in Hamburg. So far it has called at ports in Germany, Sweden and Denmark. Gdansk is yet another stop along the way, and the entire cruise is scheduled for 14 days.

This year, for safety reasons, the number of passengers on the "MS Europa" has been reduced from the total capacity of nearly 400 people to a mere 60. Traditionally, for more than a decade now, the passengers going ashore from the first ship of the season were welcomed by an orchestra. This year will be no different. The first tourists coming to Gdansk by sea will also be greeted by live music. Every year, thousands of travellers come to the Port of Gdansk on board cruise ships, and the number of calls is constantly growing. In 2018, a record number of over 30,000 tourists from all over Europe arrived at the Port of Gdansk. Between 1995 and 2019, a total of 680 cruise ships entered the port with more than 250,000 passengers on board. These visitors are most often attracted by the following sights in the region: The Royal Route, Artus Court, Neptune's Fountain, St. Mary's Basilica, Oliwa Cathedral with its organ recitals, and the castle in Malbork, located less than 60 km from the centre of Gdansk.

[Enlarge] After the suspension period, shipowners are starting to resume vacation cruises, although the effects of the crisis will be felt for a long time to come. The situation is still very dynamic and it is difficult to predict if and when it will be possible to bring the ships back to regular routes. At the moment, 5 passenger ships have notified to call at the Port of Gdansk by the end of the year.

- Many Baltic countries have introduced quarantine measures over the year. Therefore, cruise vessels were prevented from entering many ports, including Saint Petersburg, Tallinn, Helsinki, Stockholm and Copenhagen. The restrictions from early in the 2020 season and the losses of shipowners in the period may extend the season until late autumn or even the first weeks of winter, says Michał Stupak, shipping market expert at the Port of Gdansk.

[Enlarge] The global crisis related to the coronavirus pandemic has had a huge impact on numerous industries and sectors of the economy. The cruise industry, with its fleet of over 315 cruise ships, generates about 20 billion USD a year, whereas the entire global tourism sector accounts for approximately 300 million jobs. However, this year alone - according to the United Nations Conference on Trade and Development (UNCTAD) - the estimated losses of the entire sector, including the cruise industry, amount to at least 1.2 trillion USD.