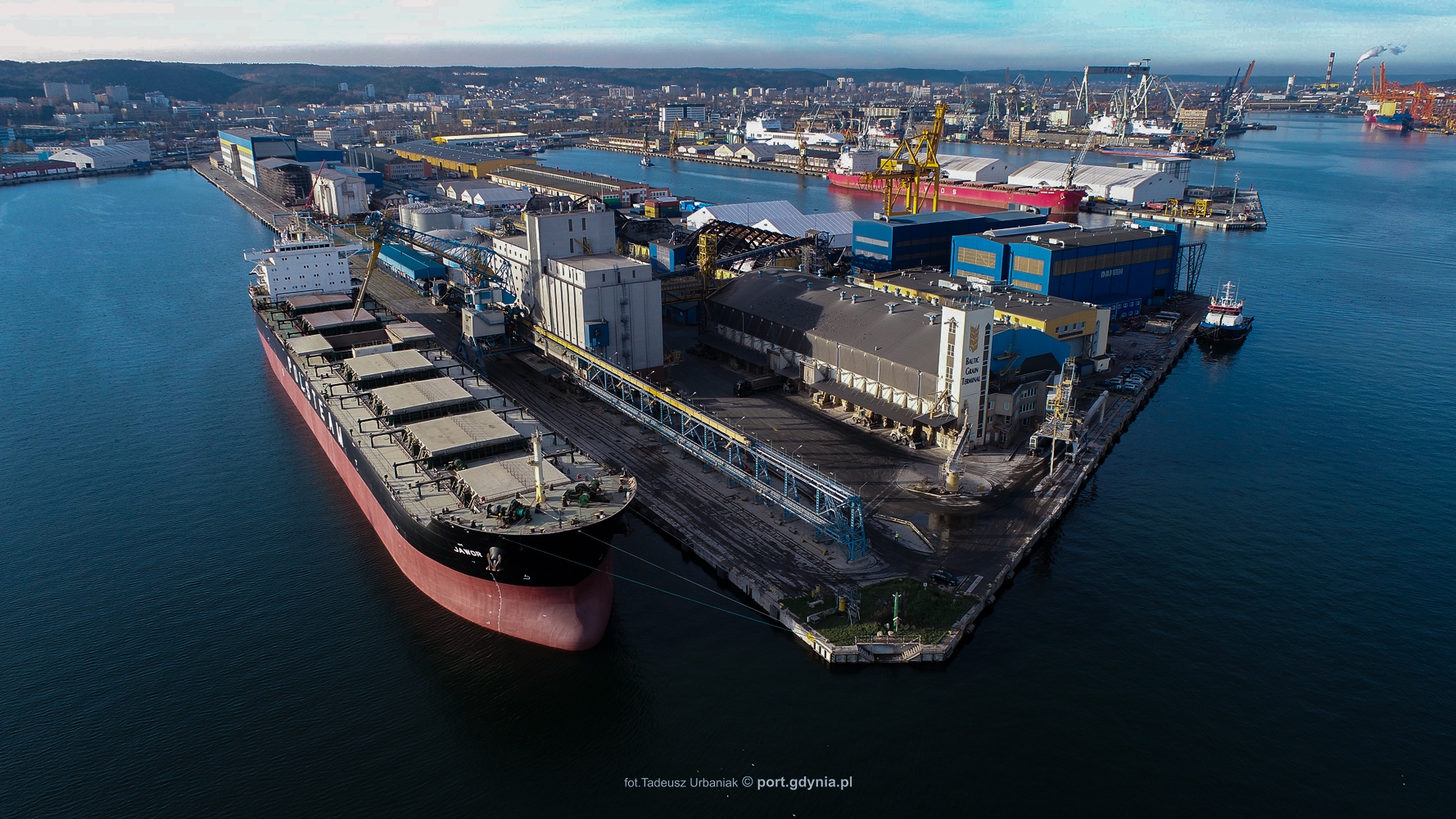 Seaports, Shipping, Logistics
The Norwegian Quay at the Port of Gdynia will be rebuilt (photo, video)

The deepening of the port basins, the new turning basin and the reconstruction of the quays are the key elements of the development of the Gdynia port. In the case of the Norweskie Quay, the works will be performed along the entire length of 200 meters. The investment will consist of an exit towards the water with a 4-meter long wall, topped with a reinforced concrete cap, equipped with mooring and fender devices and rescue ladders. On the other hand, the wall panel will have an openwork structure, which will allow for partial damping of undulations in the port channel.

- We are adjusting the quality of infrastructure to the growing market expectations. Investments improve the competitive position of the port in the Baltic Sea basin. The reconstruction of the quays will also contribute to the improvement of navigation parameters, thus making it possible to call and handle larger ships entering our Port than before - said Adam Meller, Board of the Port of Gdansk Authority SA President.

The reconstruction of the Norwegian Quay is directly related to the project of deepening the approach fairway and the waters of the Port of Gdynia. Work on the implementation of the first stages of the investment has been carried out since September 2017. The first element was the reconstruction of the Turntable No. 2, increasing the diameter from 400 m to 480 m with the reconstruction of Pier No. III and dredging works. In order to increase the navigational safety of ships and to maintain the appropriate width of the canal, it is also necessary to widen the internal entrance to reach a width of 140 m and rebuild the North Spur in the area of ​​the Military Port and the Port Quay with a wave extender. At the same time, the Maritime Office in Gdynia is carrying out the works of dredging the approach fairway to the port.

The reconstruction of the Norwegian Quay will contribute to the improvement of the navigational parameters of the port itself, as well as the increased competitiveness of sea transport. After the investment is completed, much larger ships will be able to call at the port, with a maximum length of 400 m, a width of 58 m and a maximum draft of 14.7 m (the current maximum draft is 13 m, and length 340 m).

- The most important element will be the takeover of the construction site, which we will carry out already this year, while the first works will be related to the demolition of the bottom reinforcement, preparation of the site for driving new elements of sheet piling and the demolition allowing for anchoring from the inside, i.e. from the land side, in order to secure the existing structures to As for the deadline, this is 12 months from the date of handover of the construction site, most likely in December 2021 – said Marcin Wróblewski, technical director at STRABAG.

The deepening of the port basins in the area of Basins III, IV and V along with the expansion of the turntable is directly related to the reconstruction of the internal entrance to the port. At the same time, these investments require the performance of works related to the protection of the Norwegian, Slovak, Italian and Indian port quays, as well as strengthening the bottom along the Bulgarian quay.

As Jacek Sadaj, Vice-President of the Port of Gdynia Authority SA admits: "The Norwegian Quay lies in the very heart of the port and its modernization requires many arrangements and agreements with operators who operate in the port areas. In the future, it will give us the opportunity to adjust the port to the ever-growing market expectations. Obviously, this will affect the adaptation of the turntable to the requirements of ships that want to enter the port of Gdynia. It is one of the stages that will enable the implementation of a large investment in the future, which is the dredging of the port basins. "