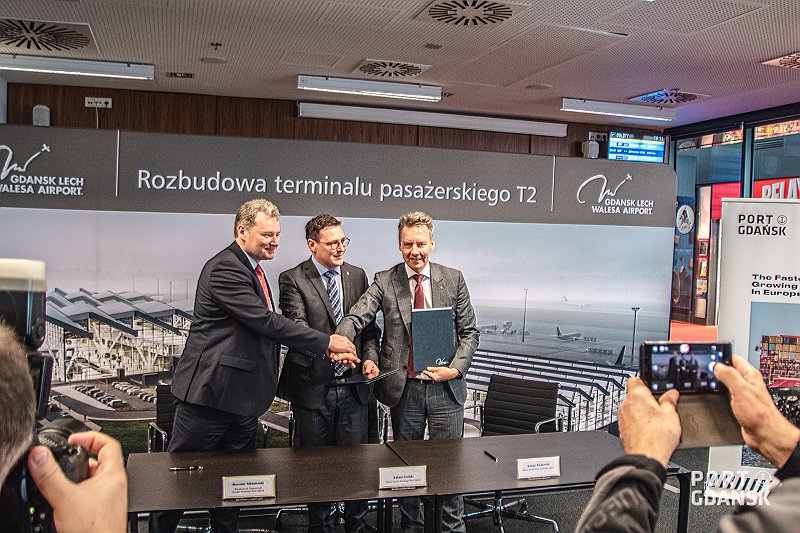 Seaports, Shipping, Logistics
The Port of Gdansk and the Gdansk Lech Walesa Airport working together for the Central Port

The idea of establishing such cooperation came up when the Port of Gdansk Authority developed the concept of the construction of the Central Port, the project of which involves, among others, the construction of a terminal for passenger ships. In combination with the modern infrastructure of the airport, this maritime investment opens up a chance for creating a place for the exchange of passengers and crews in Gdansk. The aim is for passenger cruises of the Baltic Sea to start and end in Gdansk. In order to reach this goal, both companies should cooperate closely, so that tourists receive the best possible service. The introduction of this solution will make it possible to make better use of Gdansk's hotel facilities, too. The cooperation between the ports ultimately assumes improvements in passenger traffic between the port and the airport in terms of check-in procedures.

The location of the planned passenger terminal at the Port in Gdansk enables fast communication between the port and the most attractive tourist spots in Gdansk and the whole of Pomerania. Thanks to the already existing and planned road and railway infrastructure, Gdansk is the perfect base for exploring attractions located in other cities, such as Torun or Warsaw.

"The new passenger terminal will allow the world's largest cruise ships to call at Gdansk, as currently, the port is unable to receive such large vessels due to the lack of proper infrastructure. Our objective is for passenger ships to stop at Gdansk for more than just a few hours. The solution which is the subject of today's agreement is popular in a number of European ports, such as Copenhagen or Stockholm," said Lukasz Greinke, President of the Board at the Port of Gdansk Authority.

"We really do hope that the development of the Central Port will contribute to the development of the entire region. We are counting on an economic boom, but also an increase in the number of tourists deciding to visit our country on board of cruise ships. Both these tourists and the ships' crews are potential customers of our airport, who will use it when planning their journeys," said Tomasz Kloskowski, President of the Board at the Gdansk Lech Walesa Airport.

An additional advantage for cruise operators will be the proximity of shipbuilding infrastructure, which will enable minor repairs and inspections. The goal is for the Port to be able to supply the vessels with different products, which - considering the size of these ships- will require a proper logistic base to be constructed.