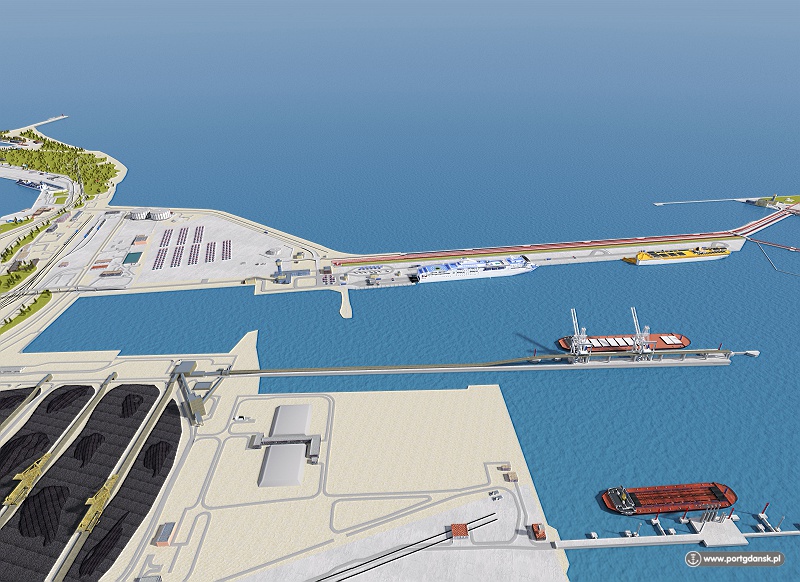 Seaports, Shipping, Logistics
The Port of Gdansk gets yet another EU subsidy

The Port of Gdansk Authority is one of two Polish companies to receive funds from the Connecting Europe Facility, within the framework of the CEF Blending priority. It has just been announced that the Port of Gdansk has been granted EUR 20 million in the competition.

The "2017 CEF Transport Blending MAP Call" competition, with a pool of EUR 1 billion, has just finished. The total amount of subsidies applied for by companies from across the EU more than twice exceeded the resources allocated. The resources came from the general pool of the Connecting Europe Facility (CEF), which means that Polish projects were competing against investments submitted from other EU countries. Subsidies were granted to two Polish investments: one, to an amount of EUR 20 million, will go to the Port of Gdansk, and the other - worth EUR 60.55 million - to PKP PLK.

As many as 68 projects from the Member States applied for support from the programme, out of which 39 were selected. In terms of the amount of subsidies granted, Poland came 5th among competing countries.

EnlargeThe PGA applied to the European Commission for funds for the infrastructure project entitled: "Construction of the Polnocne Quay by the peninsular breakwater at the Outer Port in Gdansk".

"It is a project included in the Development Strategy of the Port of Gdansk until 2027. The investment is ready for implementation, project documentation is complete, including the construction design prepared as part of the project co-financed from the TEN-T programme and a valid building permit," explained Jowita Zielinkiewicz, Deputy Development Director, responsible for the acquisition of EU funds at the Port of Gdansk.

"We are very happy about the result of the competition. It shows that the investments we are planning are valued in Europe and their level not only does not diverge from that of projects from other EU countries, but sometimes even exceeds them. The construction of this new quay will allow us to increase the Port's throughput capacity and gain a new universal deepwater quay, the use of which has already been declared by our private partners who signed letters of intent," said Lukasz Greinke, President of the Board of the Port of Gdansk Authority SA.

EnlargeAs part of the planned undertaking, the Port of Gdansk wants to develop the area located along the peninsular breakwater, thus gaining new berths for ships.

The project's funding, in the form of a non-refundable subsidy from the CEF Blending priority, amounting to 20% of the total sum, is a considerable financial injection which will make it possible to begin work in 2018.

The Connecting Europe Facility (CEF) is an EU financial instrument supporting the development of transport, telecommunications and energy networks. The Port of Gdansk has already received funding for other investments within the framework of this instrument, including the modernisation of the fairway and expansion of the quays at the Inner Port or the expansion of the road and railway network at the Outer Port. The total amount of EU funds for the PGA, including the support mentioned above, comes to about PLN 600 million.