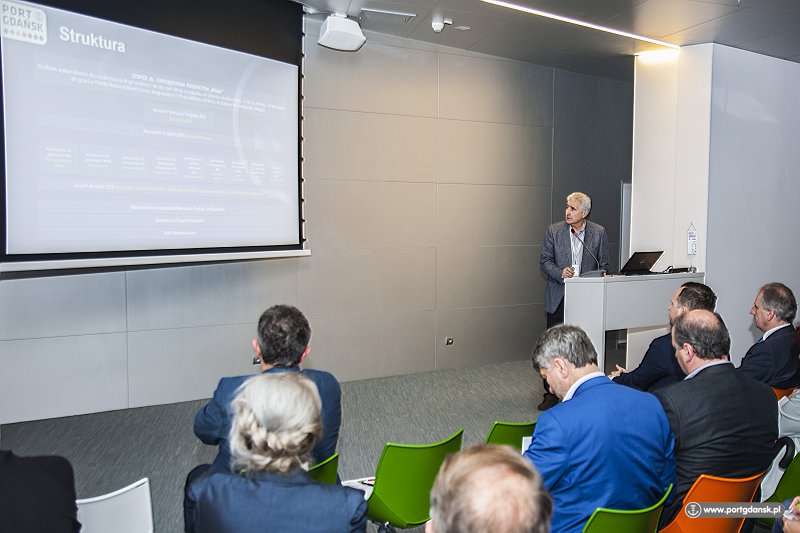 The Port of Gdansk Authority has appointed an internal working group whose task will be to coordinate the process of preparing a feasibility study for the modernisation of the waterway connecting the Gulf of Gdansk and Zalew Wislany with the river system in Belarus. This long-term project is aimed at connecting the Baltic Sea with the Black Sea via a network of inland navigation canals. In the coming years, this will allow Poland to enhance its position as one of the key transit countries on the map of Europe.

The planned feasibility study will include the modernisation of the E-40 waterway for the Wisla River between Gdansk and Warsaw, E-40 between Warsaw and the Polish-Belarusian border (Brest), and the E-70 waterway between the Wisla and the Zalew Wislany (to Elblag). The tasks of the PGA's new internal group will include the preparation of a Description of the Contract Object and tender documentation, and the issuance of a call for tenders that will determine the party responsible for preparing the study.

Enlarge"Ensuring navigability of the Wisla River and creating a system of waterways that will connect Gdansk and Warsaw with the Black Sea is one of our development priorities. Currently, the Port of Gdansk is breaking new records in terms of transshipment volumes. If we want to be able to handle growing volumes in the future without problems, we have to provide proper access infrastructure from land, also in the form of inland waterways. We are also convinced that over about a dozen years, the investment will be one of the major factors of economic growth for the entire country," says Marcin Osowski, Vice-President of the Board and Director of Infrastructure at the Port of Gdansk Authority.

The key recipient of the feasibility study will be the Ministry of Maritime Economy and Inland Navigation. The scale of the impact that the expansion of the Wisla's navigability will have on the whole country requires a particularly broad approach to the implementation of the project.

Enlarge"Revitalising the Wisla and Bug along the sections where the transport route will run will involve much more than just restoring effective navigation. We also have to consider areas such as protection against flooding, hydropower engineering, water retention, and tourism. This is why, even before issuing a call for tenders concerning the feasibility study, planned around the end of 2017 and the beginning of 2018, the PGA will enter into a technical dialogue with potential contractors," says Edward Atanasiu, Director of the Investment Project Department at the Port of Gdansk Authority.

EnlargeIn order to ensure the comprehensiveness and quality of the implementation of the project, the PGA has also invited an interdisciplinary team of top experts for consultations. The team includes researchers and scientists from the Maritime University, the University of Gdansk, the Gdansk University of Technology, and the Polish Academy of Sciences, as well as representatives of the Office of the Marshal of the Kuyavian-Pomeranian Region and the Kuyavian-Pomeranian Governor. The team's work will be based on detailed analyses - beginning with a cost-benefit analysis, through to demand for inland waterway transport, ending with the potential impact on the natural environment.

Enlarge"I am very pleased that the Port of Gdansk took on the burden of leadership in solving national problems. We know that the project is absolutely affordable. Considering the benefits it will bring, we can say with confidence that it will also be very beneficial economically," says Dariusz Drelich, Pomeranian Governor.

Apart from the authorities of the Pomeranian Region, the local governments of the Kuyavian-Pomeranian and Masovian Regions have also declared their support for the project. Depending on the actual needs, their representatives will be involved in project, preparation and administrative work.