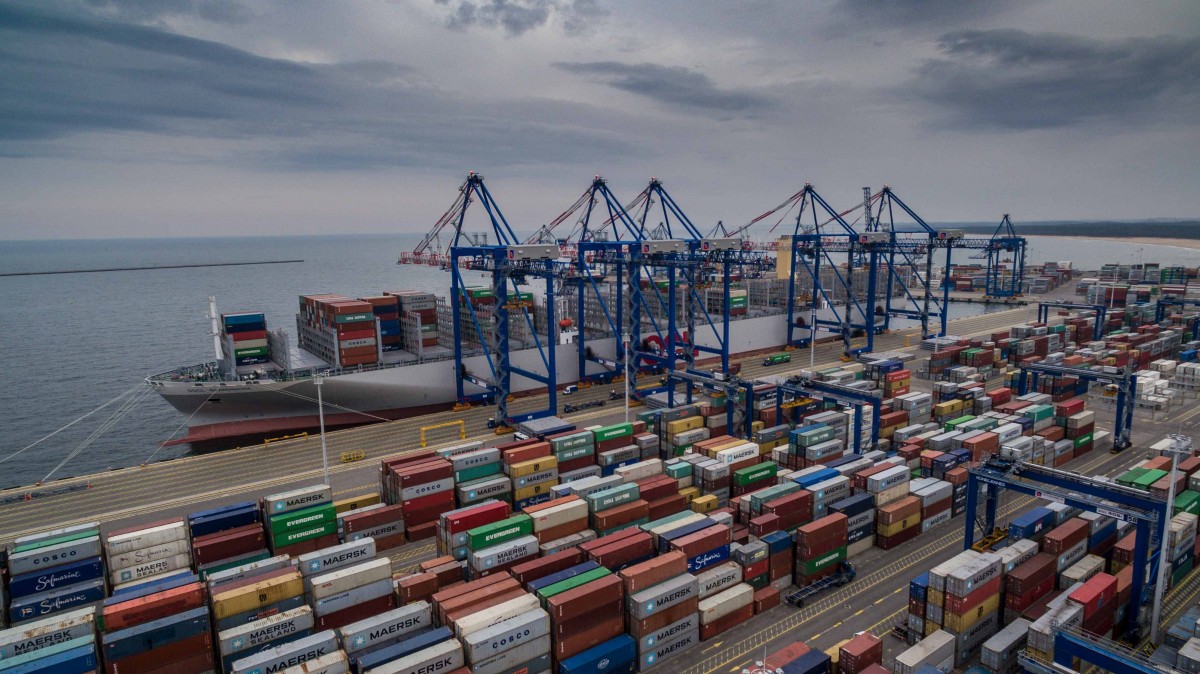 Seaports, Shipping, Logistics
The Port of Gdansk with a historic record

The Port of Gdansk Authority SA summed up its 2017 transshipments. According to initial data, the Port of Gdansk achieved an unprecedented record - within the last year, it handled over 4% more goods than planned.

According to forecasts, the previous year at the PGA was to be concluded with a result of 38.9 million tonnes. Initial data shows, however, that the result is higher by 4.3%, which means that within the last 12 months, about 40.6 million tonnes of goods were handled. This is nearly 9% more than in 2016.

Enlarge"It is a historic record. The Port of Gdansk has never handled such amounts of goods before. We would like to express our gratitude and recognition for our operators, because they are the ones to have worked for this huge number. The result was mainly influenced by higher transshipments within the last quarter of 2017, when the Port handled more than 12 million tonnes of cargo," says Lukasz Greinke, President of the Board of the Port of Gdansk Authority.

2017 abounded in records, both monthly and quarterly. The first half of the year was concluded with the result of 18.6 million tonnes. Towards the end of the year, the Port recorded transshipments on an unprecedented scale. About 4.3 million tonnes were handled in December alone.

Enlarge"The record results of the Port of Gdansk prove that the area of maritime economy finally has a proper administrator, which is the Ministry of Maritime Economy and Inland Navigation. We are all the more pleased, because for many years, this area has been neglected by our predecessors. The Port's transshipment results prove that the maritime economy has a potential for development. Poland has been and will be located by the sea, which is why the economic development of the country has to also be based on the Baltic Sea and the Polish ports. The Polish government understands that very well and intends to use this potential," says Grzegorz Witkowski, Undersecretary of State at the Ministry of Maritime Economy and Inland Navigation.

General cargo, predominant in the transshipment structure, achieved the result of 18 million tonnes for the first time in 2017, exceeding the result from 2016 by 24%. Both a higher volume of containerised general cargo and a higher amount of Ro-Ro cargo, including commercial vehicles, has translated into such an effect. Within the last year, 73,207 cars were transported via the Port of Gdansk, which is a result better than in 2016 by 412%.

In 2017, the container volume was also exceptionally high at the Port of Gdansk - achieving a never before recorded result of 16,413,971 tonnes (1,580,505 TEU), exceeding the 2016 result by 22%. Thanks to that, the Port of Gdansk consolidated its position as the second largest container port in the Baltic Sea.