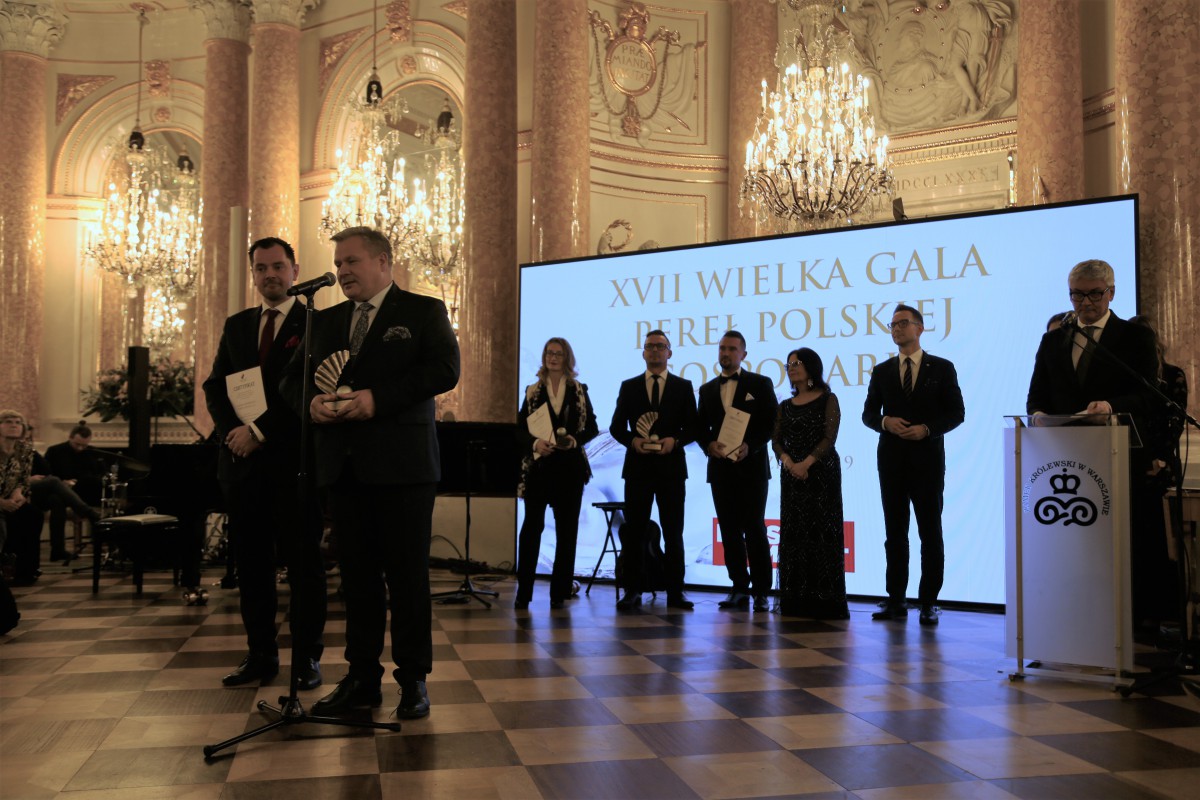 Seaports, Shipping, Logistics
The Port of Gdynia as a Big Pearl in the Crown of the Polish Economy

It should be emphasised that participation in the ranking doesn't involve any costs, which confirms the reliability of the ranking. That survey covers over 2000 companies whose revenue from total economic activity during last year amounted to at least 100 milion PLN - Big Pearls - or above 1 billion PLN - Great Pearls. The algorithm of the survey was developed by scientists from the Warsaw School of Economics and ranks entreprises  using international auditing indicators. The honorary patrons of this year's Gala of Pearls of the Polish Economy were given by: Deputy Prime Minister, Minister of Science and Higher Education - Jarosław Gowin, Minister of Development Jadwiga Emilewicz, Minister o Funds and Regional Policy - Małgorzata Jarosińska-Jedynak, Polish Economic Society and Center for Research and Development.

"We are facing groundbreaking investments and today's award is a confirmation of our decisions. Behalf of all empoyees I am proud to accept the award. Without them the Port of Gdynia would not be such and impressive Pearl of the Polish Economy. The distinction received today is pleasing and obliges us to mantain the leadership position" - emphasizes Adam Meller, president of the board of the Port of Gdynia Authority S.A.

The solemn Gala of the 17th edition of the Pearls of the Polish Economy Ranking took place on December 10 2019 at the Royal Castle in Warsaw and it was one of the most important economic events in the country, which gathers business and scientific communities as well as representatives of the world of culture every year.

"The first position of the Port of Gdynia among the Big Pearls of the Polish Economy obtained once again is the best proof of our stable financial condition, thanks to which we look calmly into the future" - adds Maciej Bąk, Vice President of the Port of Gdynia Authority S.A. - "It is worth emphasizing that the company's position in the ranking is not determined by the revenue indicator, but by the effectiveness and dynamics of enterprise development. The Big Pearl is a great reward for all employees of the Port of Gdynia for successfully achieving their goals."