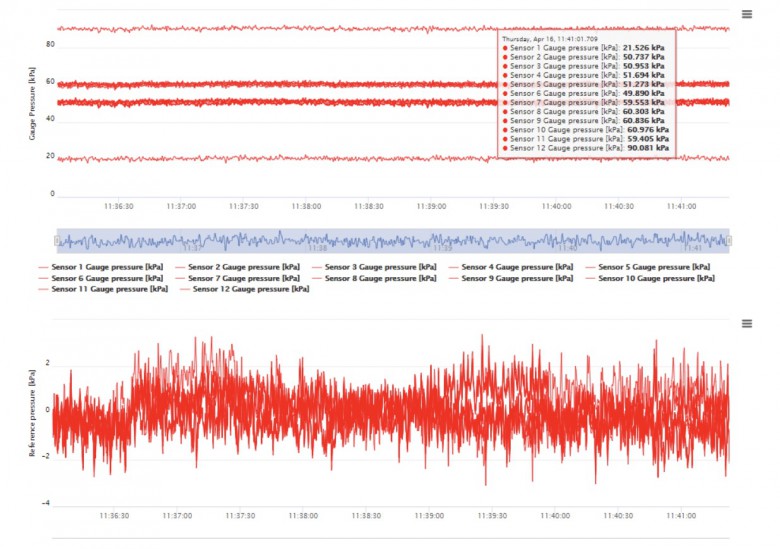 Seaports, Shipping, Logistics
The Port of Gdynia is closing the project of creating a system prototype for monitoring quay loads and bottom reinforcements co-financed by the European Union

The Port of Gdynia is closing the project of creating a prototype of a system for monitoring the loads on the quays and bottom reinforcements co-financed by the European Union, project no. RPPM.01.01.01-22-0063/16. The project is implemented under the Priority Axis of Commercialisation of Knowledge, Measure 01.01 Expansion through Innovation, under the Regional Operational Programme of Pomorskie Voivodeship for the years 2014-2020. Port of Gdynia Authority S.A. is a partner of a research and development consortium with the participation of the Maritime University of Gdynia and Enamor Sp. z o.o. company, which is the Project Leader.

The project consists in developing a prototype of a system for monitoring the loads on the quays and inner port areas bottom reinforcements caused by the interaction of propeller and ship's jet streams. The load monitoring system will enable the measurement of dynamic pressures, transmission of data and signalling when defined limit values are exceeded at port quays. . The project description is to be found on the Port of Gdynia website.

After two years of analytical and modelling works, in March 2020 the measurement devices prototype providing technological advantage over competitors, i.e. specialist sensors connected with the innovative measurement edition system, was finally assembled. The target system for transmission of IT data and the alert system will be implemented in real Port of Gdynia conditions.

The entire process of system implementation consisted of the following stages:

Development of the architecture of the system for monitoring the loads of quays and bottom reinforcements in the area of ship mooring - during which the most heavily trafficked Hel Quay II was selected for analysis. In this scope, PoGA S.A. performed analyses of support structures, distribution and connections of the sensor system on the quay; next, analyses of the transmission system and data visualization configuration were made; requirements were also given for the speed limits of propeller streams for selected types of port quayside reinforcements.

1. Development of a measurement test model based on 3 sensors - during which the partners of PoGA S.A. acted. PoGA S.A. presented the operational and technical requirements for the measurement set adjusted to different types of ships served in the port; the Port Authority also made available a test position at the Hel Quay II
2. Making a functional model of the system – as part of which PoGA S.A. prepared the mechanical part of the model connected with the quay and assisted in the construction of the laboratory post and performed acquisition of measurement data
3. Making a prototype of a load monitoring system for quays and bottom reinforcements - here, the Port Authority played the greatest role at the beginning of this year preparing the system power supply and the support structure for the equipment. Currently, it is carrying out an analysis of the prototype's characteristics due in terms of information transparency

Ultimately, due to difficulties in obtaining the necessary equipment components, the project lasted from 1.04.2017 to the current final stage in April 2020.

Settlements of costs and eligible expenses of the project are done on current basis, which may amount to as much as 835,245.34 PLN, where the maximum value of the EU subsidy may reach 561,614.27 PLN.