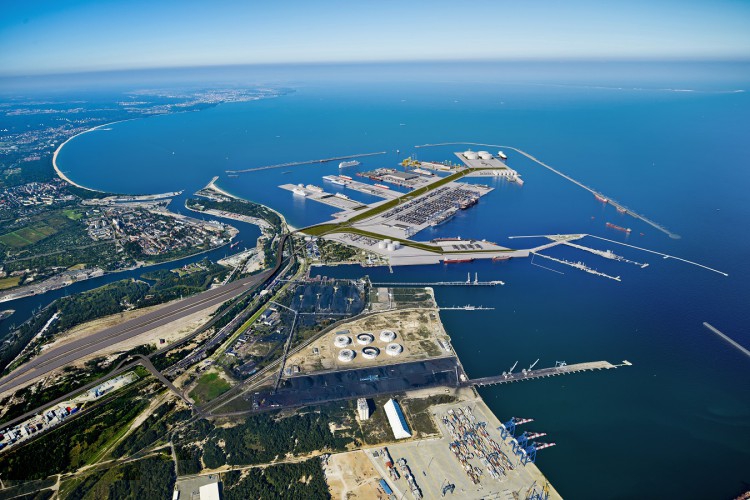 Seaports, Shipping, Logistics
The Port of Gdynia is ready for a drone revolution! (photo, video)

An innovative solution in the port of Gdynia. This morning the handover of the drone took place. It was created as part of the aviation monitoring system project. The device is adapted to work in difficult port conditions and additionally - it has been equipped with the proprietary transport system of the PELIXAR company enabling quick loading, transport and discharge of small packages from the port directly to the ships waiting in the roadstead or vice versa.

The Port of Gdynia has started cooperation with the Gdynia-based company Pelixar, which has extensive experience and technical knowledge in building unmanned aerial vehicles and specializes in constructing dedicated solutions according to individual user requirements. As part of the research and development project called "Aviation Monitoring System", a reliable multirotor platform in the X8 system was created, adapted to work in very difficult port conditions: strong wind, high air salinity and disturbances in drone-operator communication. The drone was equipped with a zoom camera. , which will be used to observe the area of the Port of Gdynia for security purposes.In addition, the drone will take care of the environment by using air pollution sensors - ships entering the port will be checked in this respect.

- We are glad that we managed to achieve another milestone of the project. It is worth noting that the received drone is a very interesting structure. An extremely important element is equipping our drone with an ADS-B transmitter, thanks to which it is visible to manned aviation and air traffic control towers. The above elements clearly show that reliability and safety were the basic assumptions of the platform built as part of the project. As planned, the project does not end with today's reception of the drone. Until the end of the year, UAV will participate in tests carried out according to dedicated scenarios in the field of rescue and firefighting operations and environmental protection. I encourage you to follow the progress of our project - said Adam Meller, President of the Port of Gdynia Authority S.A.

Solutions tested and implemented in cooperation with Pelixar will enable efficient identification, verification and response to threats and crisis situations at the Port of Gdynia. Reliable and safe device will support, inter alia, the activities of the Port Fire Service. The drone is also equipped with a proprietary PELIXAR transport system that allows for quick loading, transport and discharge of small packages from the port directly to the ships waiting in the roadstead or vice versa.

-The Aviation Monitoring System Project, which the Port of Gdynia has brought to the CEDD Program, sets out the path for developing drone solutions tailored to the user's needs, meeting the relevant norms and standards, in this case operating in a complex technological and regulatory environment. This is an important milestone in the development of the drone industry and the entire area of unmanned aerial vehicles - said Małgorzata Darowska, plenipotentiary of the Minister of Infrastructure for Unmanned Aerial Vehicles.

The Port of Gdynia undertakes numerous activities that have a real chance to set world standards for the implementation and development of this type of technology. PGA S.A. signed a cooperation agreement as part of the Central European Drone Demonstrator (CEDD) program, which supports the testing and standardization of drone technologies in specialized applications and is a platform enabling the exchange of experiences with entities working for the environment of unmanned aerial vehicles in Poland.

The Port of Gdynia, as a dual-purpose port, is of key importance for the economy and defense of the state, and for the implementation of the HNS assumptions. It is also a junction of the European TEN-T core network and the entry point of the Baltic-Adriatic Corridor, the extension of which is the Gdynia-Karlskrona Sea Motorway connecting Gdynia with Sweden. Moreover, it is a recognized brand of an intra-European logistics center.