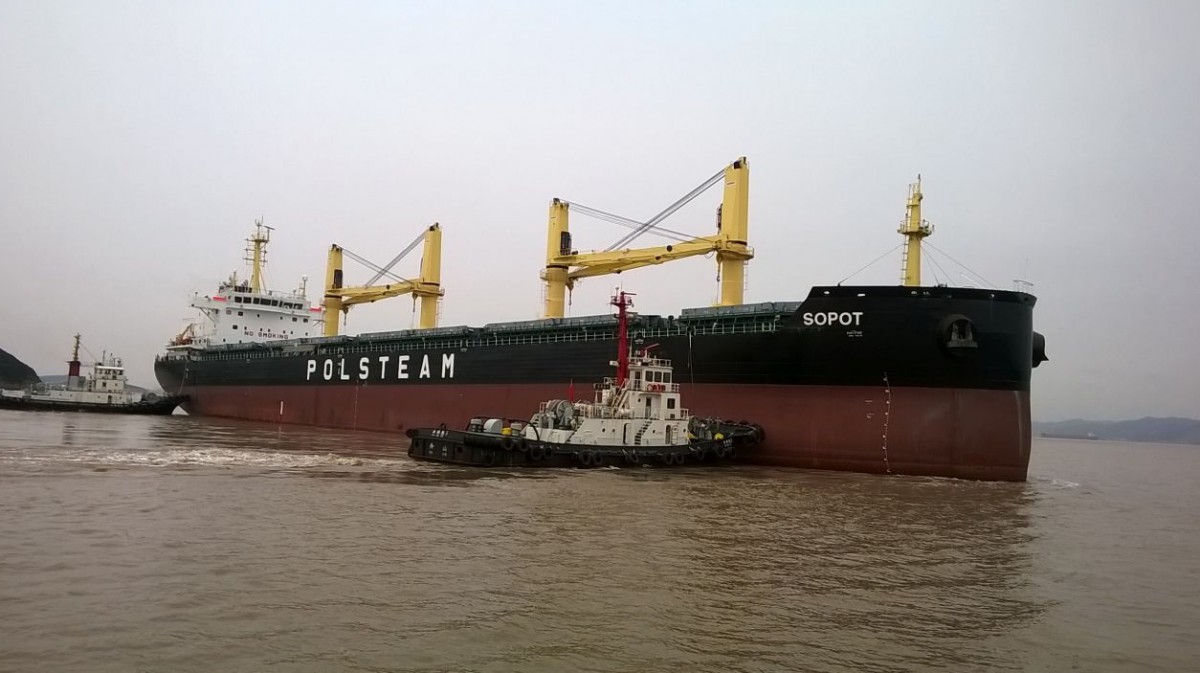 Polska Żegluga Morska received the "Sopot" bulk carrier from the Chinese shipyard. This is the last in series of bulk carriers built for the largest Polish shipowner by the Chinese Yangfan shipyard.

The vessel is the last of a series built by the Chinese Yangfan shipyard for PŻM, launched in 2016 by the "Armia Krajowa" vessel.

Captain Krzysztof Wasik is in command on the maiden voyage of the “Sopot”. Currently, the shipowner is seeking employment for the vessel. "Sopot" is the 62nd PŻM ship and the seventh ship delivered from the shipyard in the last two years.

In 2018, shipowner received two bulk carriers "Drawno" and "Solidarność" and three lake vessels "Gardno", "Jamno" and "Narie". This year, "Karlino" and "Sopot" entered PŻM fleet. According to the PŻM no ship has been sold since the beginning of 2017.

Polska Żegluga Morska specializes in bulk cargo transport. Is a valued shipowner in Poland and in the world.