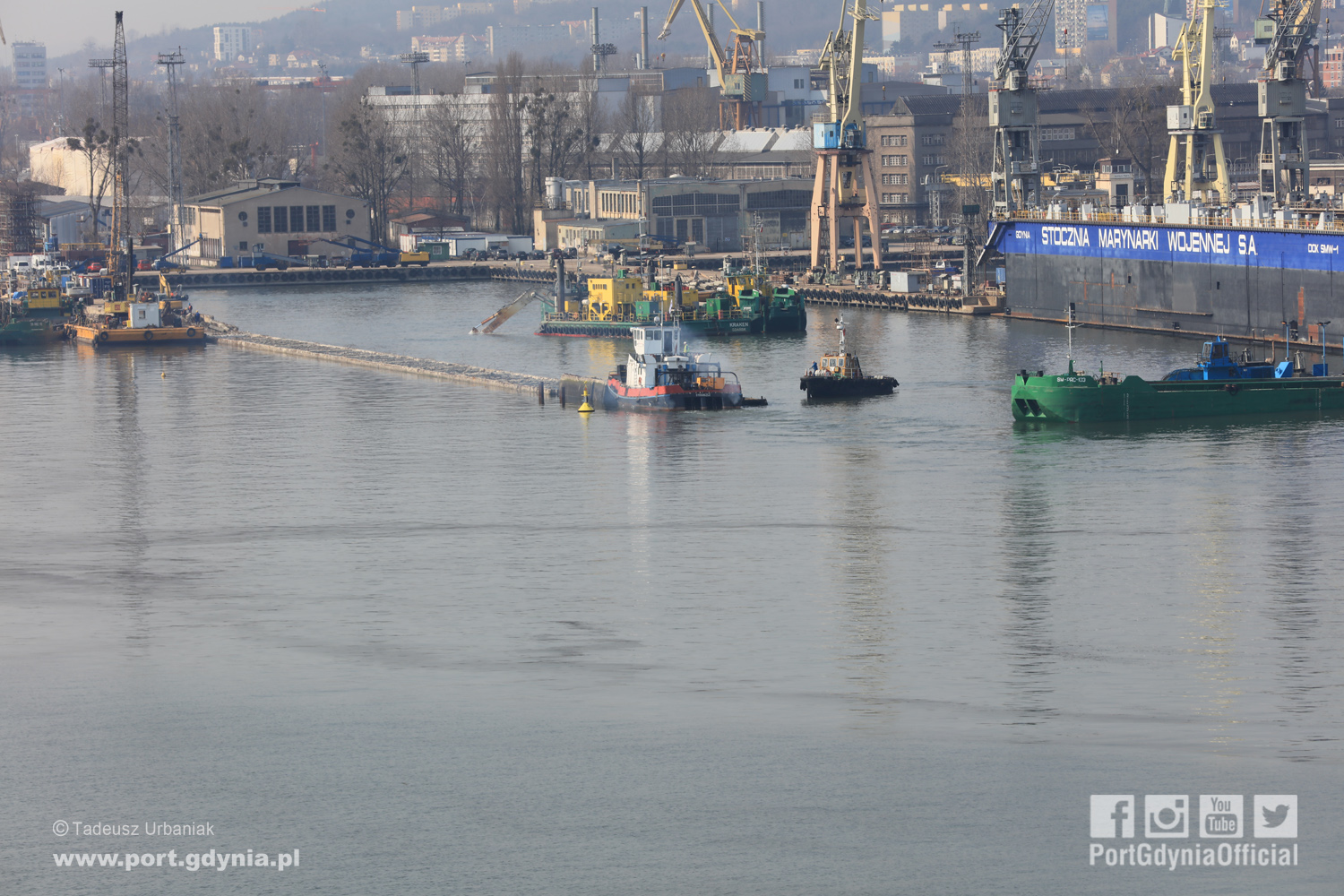 Seaports, Shipping, Logistics
The turning basin at the Port of Gdynia is almost ready - time for Gdynia-type boxes

Extensive work is being carried out at the Port of Gdynia to rebuild the turning basin. "The implementation of the project will meet the expectations of shipping operators and will improve the growth of the port's transshipment potential", says Grzegorz Dyrmo, Vice-President of the Board, Director for Infrastructure and Properties Management at Port of Gdynia Authority SA.

Works have been initiated to raise Gdynia-type boxes from the stripped Pier III (Guest Quay). "The operation of lifting and towing the boxes, due to the fact that it takes place during the continuing operation of the port, is a very responsible task and requires great precision", added Vice-President Dyrmo. It should be emphasised that these are objects of large dimensions - a single box is over 9 meters high and its base measures 18.5 x 8 metres and weights approx. 600 tonnes. 13 boxes will be removed in total.

Over one thousand ferromagnets were raised during the previous steps of the project. Demolition works began in November 2017 to dismantle the slabs reinforcing the bottom of the mooring trial site at the dock at the Guest Quay. The works were performed by six divers - 140 bottom-reinforcement slabs were raised. The weight of one slab is approx. 10 tonnes. The following were dismantled during the demolition works: a reinforced concrete cap, bitts, ladders and fenders; 178 reinforced-concrete piles were raised, each 15-18 metres long and weighting approx. 4.5 tonnes.