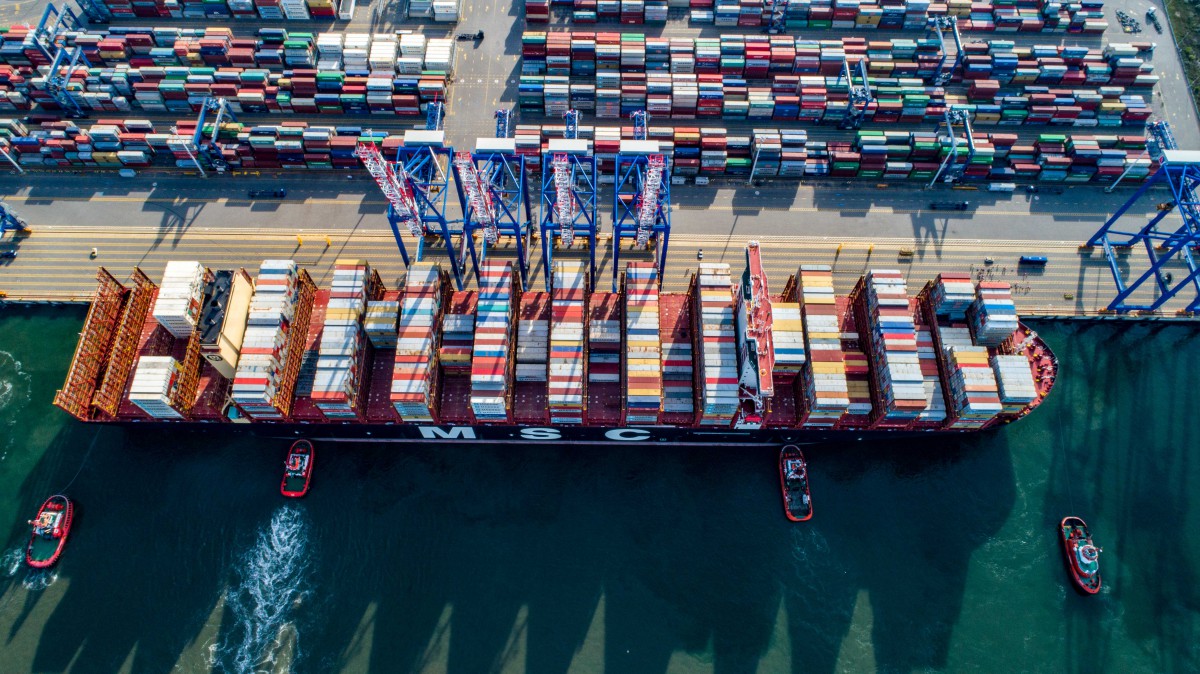 An analysis of the volume of port transhipments indicates that the Baltic maritime transport market recorded a slight decrease in volume last year (-0.2%), which translated into turnover of an estimated 931.2 million tonnes. Better results were seen in Russian ports (+4.1%), worse in ports of European Union member countries (-1.7%).

In this case, however, a decrease of -2.3% was recorded. The next positions in the structure are occupied by three countries with a 10% share, including Poland (10.9%), Finland (10.7%) and Denmark (10.0%). Among the indicated countries, only Poland recorded increases, which amounted to +2%. In Finland as well as in Denmark, transhipments fell by -2.3%. Negative changes were also seen at Latvian, Lithuanian and German ports. A 2.5% increase in transhipment was recorded in Estonia.

The largest port in the Baltic Sea was the Russian Ust-Luga, which, by increasing transhipment turnover by 5%, exceeded the volume of one hundred million tonnes of transhipments in 2019 (103.8 million tonnes).

The port's driving force was coal and coke transhipment, which increased by 17% to 41.9 million tonnes. The port also handled 26.4 million tonnes of crude oil (-5%) and 31.3 million tonnes of petroleum products (+5%). Primorsk port returned to the second position in the ranking, with 14 % growth in transshipments to 61.0 million tonnes, of which 78% was crude oil. The third place is occupied by St. Petersburg, in which 59.9 million tonnes (+1%) was transhipped. The most important cargo group in St. Petersburg are containers that generate about 46% of turnover (27.4 million tons). The rest of the volume is filled in a relatively symmetrical way by dry bulk, liquid bulk and other general cargo.

Three Polish ports are also among the ten largest ports in the Baltic Sea. The highest classified was Gdańsk with transhipments at the level of 52.2 million tons (+4%), which means its entry into the group of Baltic ports of the category "+50". Ports in Szczecin and Świnoujście, achieving a turnover of 27.5 million tonnes (-4%), were in eighth position, just before Gdynia with transshipments at 24.0 million tonnes (+2%) in 2019.

Looking at the long-term changes in the volume of transhipment of Baltic Sea ports, one can speak of a very moderate upward trend. In the period 2004-2019, the average annual increase (AAGR) here was 1.9%. It should be emphasized, however, that the increases in ports of EU Member States (which determined 85-75% of turnover) amounted to 0.9% at that time, while the volume of cargo in Russian ports increased at a rate of 6.0% per year. However, it seems that the dynamics of the Russian market will no longer be so strongly boosting the results of the entire region, which is why we can expect a relative stabilization of overall turnover, which will be determined more and more by changes in the economic and trade activity of the Baltic countries. At the same time, attention should be paid to large investment projects implemented and planned in the ports of the region, which may change the structure of cargo streams, as well as to new transport solutions competing with maritime transport on the Baltic Sea.