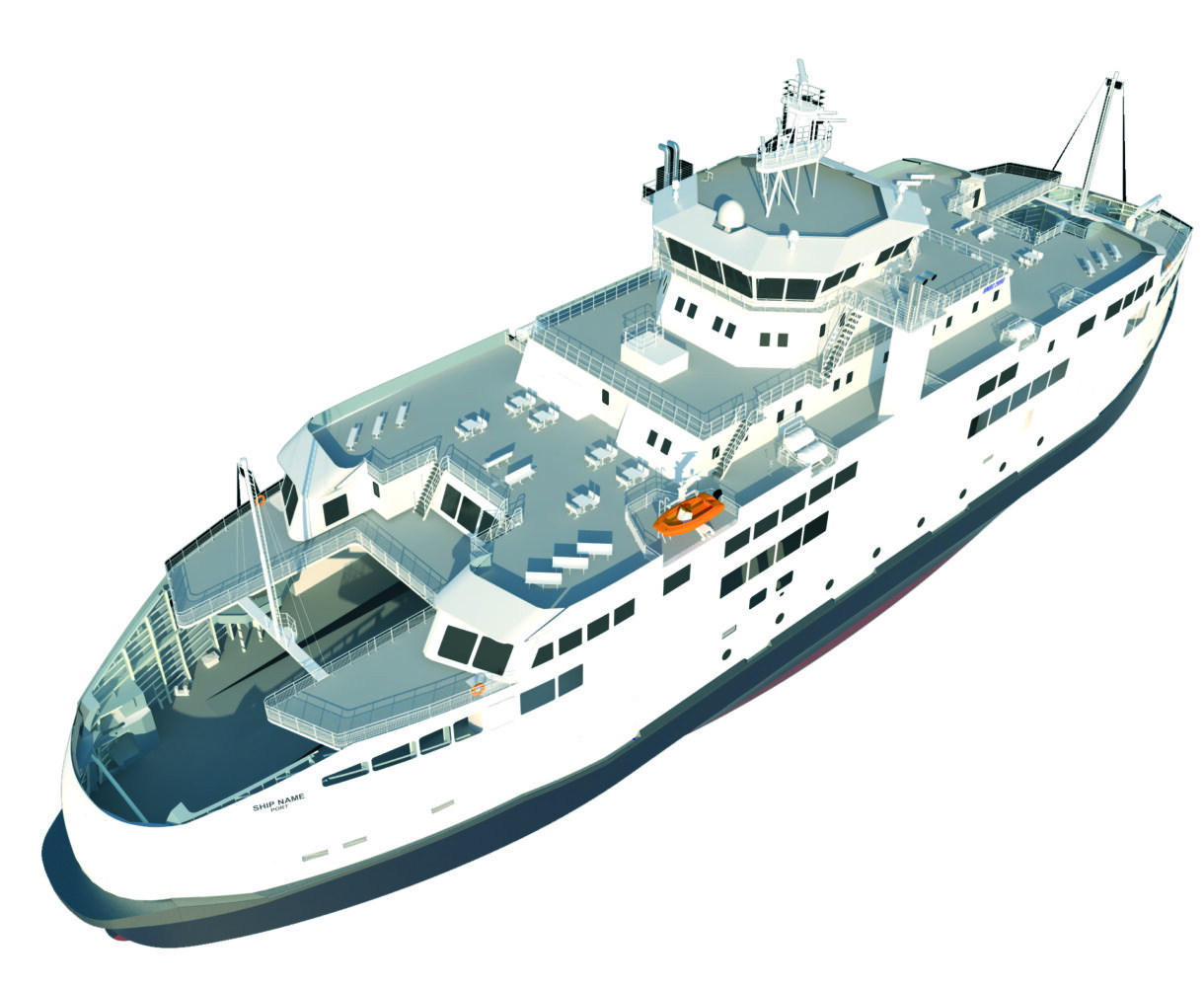 Shipyards
The keel for the fourth ferry for bc ferries

26 March this year, Remontowa Shipbuilding SA from Remontowa Holding capital group has laid the keel for the construction of the fourth “Salish” class ferry, powered by liquefied natural gas (LNG) for the BC Ferries shipowner. Due to the situation caused by coronavirus pandemic, the event was technical and took place without representatives from the shipowner.

The ferry’s construction is proceeding at an impressive pace – the contract became valid on 20 December last year, and already at the beginning of February this year the burning of the first metal sheets, starting the construction of the vessel, took place. Launching is planned for mid-November this year and will be carried out as in the previous units, i.e. by moving from the assembly plate to the dock and then releasing it.

Another “Salish” class unit will be built according to the same project and is to be handed over by the shipyard in 2021. It will replace the Mayne Queen ferry and will operate, together with the Queen of Cumberland, the Swartz Bay – Southern Gulf Islands line in the province of British Columbia in western Canada.

An integrated propulsion system consisting of dual-fuel engines and an electric propulsion system will provide Wärtsilä.
Wärtsilä’s scope of supply includes three Wärtsilä 20DF dual-fuel engines running on LNG, Wärtsilä LNGPac and Wärtsilä Low Loss Concept (LLC). LLC is an energy distribution system that provides higher efficiency, less weight and volume. Delivery of equipment to the shipyard is planned for the third quarter of this year.

Cooperation between Remontowa Shipbuilding SA and the Canadian operator BC Ferries began five years ago with the signing of a contract for the construction of three bilateral passenger-car ferries transferred by the shipyard in 2016-2017 (Salish Raven – in April 2017, Salish Eagle – in February 2017 and Salish Orca – in November 2016).

These were the first LNG-powered BC Ferries in the fleet and one of the first of its kind in North America. Thanks to the innovative propulsion, these ships emit up to 25 percent less carbon dioxide, more than 85 percent sulphur oxides, 50 percent nitrogen oxides and 99 percent less particulate matter than propulsion based on conventional marine fuel.