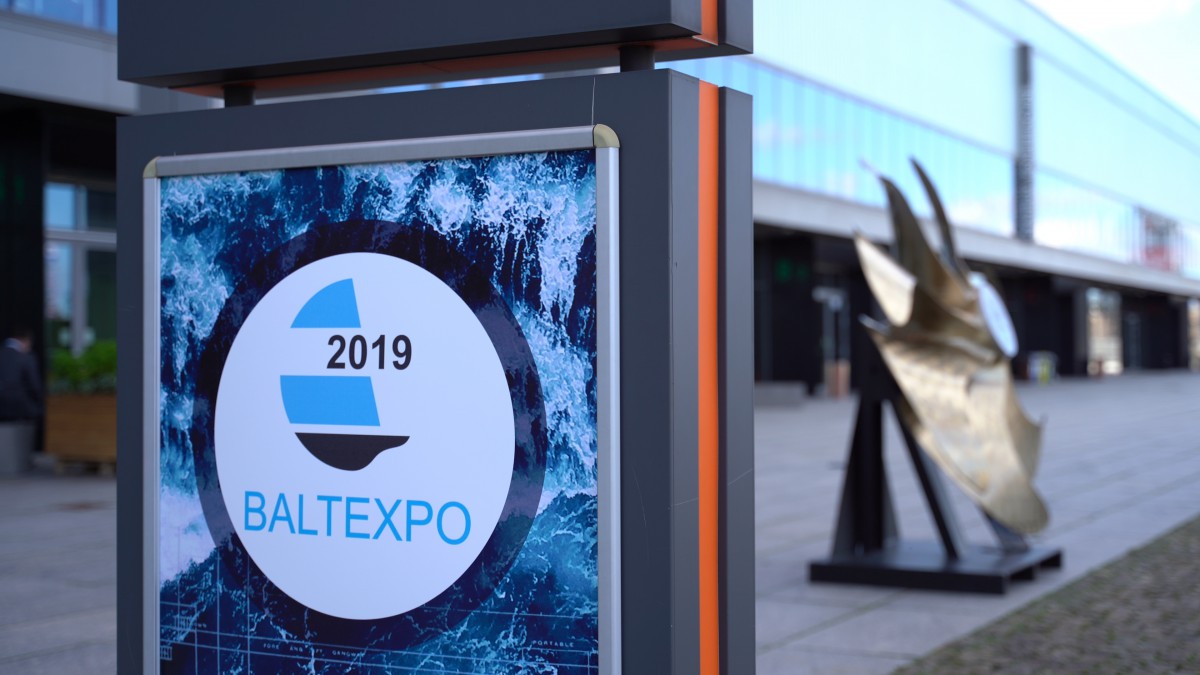 The 20th International Maritime Fair and Conferences BALTEXPO have ended. Over 250 companies and organizations from 23 countries took part in them. This is the largest event in Poland devoted to maritime economy and one of the most prestigious in Europe.

- 20th edition of the International Maritime Fair BALTEXPO was primarily a trade fair dominated by new propulsion technologies, i.e. LNG. There were also accents such as offshore wind energy and, above all, infrastructure investments on the Polish coast and ports - says Marek Witecki from the Board of the Warsaw Trade Fair.

- I remind you that over 6% of people employed in maritime economy means the employment of another four people who cooperate in shipbuilding, storage and offshore industry - noted Świlski.

Marcin Grzegory from Invest in Pomerania, however, announced that the Tri-City (Gdansk, Gdynia and Sopot) has a chance to transform into a world-class maritime cluster.

- If we add the opportunity offered by modern business services to the foundation of maritime economy, we will see that a kind of service compilation and production can create huge opportunities for us to become a very important hub for combined operations - said Marcin Grzegory from Invest in Pomerania.

Dr. Jerzy Lewandowski, Secretary General of the Polish Chamber of Maritime Economy, who sits on the jury of the competition, in which Golden Anchors are traditionally presented, said that we have something to show off in the world.

- Candidates, both in the category of Product and Service, not to mention the Personality of the Year of maritime economy, are very good indeed and the jury has great difficulties to make a choice. BALTEXPO is a showcase of the Polish maritime economy, which is why we cannot imagine that the economic self-government organization, which is the Chamber, would not actively participate in the preparation and course of these fairs - said Dr. Jerzy Lewandowski, Secretary General of the Polish Chamber of Maritime Economy.

Energy from the sea

On the second day of the fair, the conference 'Energy from the sea - offshore wind energy' took place, co-organized by the Polish Offshore Wind Energy Society. During it, an agreement was signed between MEWO and Glomar Offshore.

- We've signed a two-year contract for the lease of Situla. This is another ship from the Glomar Offshore fleet, which provides research units for us. By using this vessel, we will be able to perform more geophysical and geotechnical surveys. We will be able to implement current contracts faster and more efficiently and we intend to use it in new contracts, which we will soon sign with new clients - said Paweł Weiner, president of MEWO.

The ship is currently located at the Port of Gdynia and it is undergoing modernization works.

- We are the only Polish company that operates in the offshore zone on a daily basis and deals with offshore services. At the moment, we are focused mainly on servicing our own operations in the Baltic Sea, mining and exploration activities, while we are doing everything to prepare ourselves properly to enter this large project, which is offshore wind farms, and we try to be such an integrator of supply and logistics services for this of the sector at the time when this large investment will be commenced - said Grzegorz Strzelczyk, President of LOTOS Petrobaltic.


The 10th birthday was celebrated by the GospodarkaMorska.pl website.

- In December, 10 years have passed since the portal GospodarkaMorska.pl is a companion to the Polish maritime industry and daily reports events in this industry. We are also the fifth time exhibitor at the BALTEXPO fair. All the time we see huge development potential, both for our media and other participants of such a large industry as the maritime sector - said Mateusz Kowalewski, publisher of the portal GospodarkaMorska.pl.

Jerzy Czuczman, the president of the Polish Marine Technology Forum, present at the fair, noticed that the fair gives the possibility of direct contact.

On the second and third day of the BALTEXPO fair, conferences were held dedicated to shipbuilding, natural gas, intermodal transport, fisheries and education. A General Meeting of Members of the Ship Forum Employers' Association was also organized.

The organizer of the International BALTEXPO Trade Fair and Conference is the Management Board of the Warsaw Fair. The event has been organized since 1982.