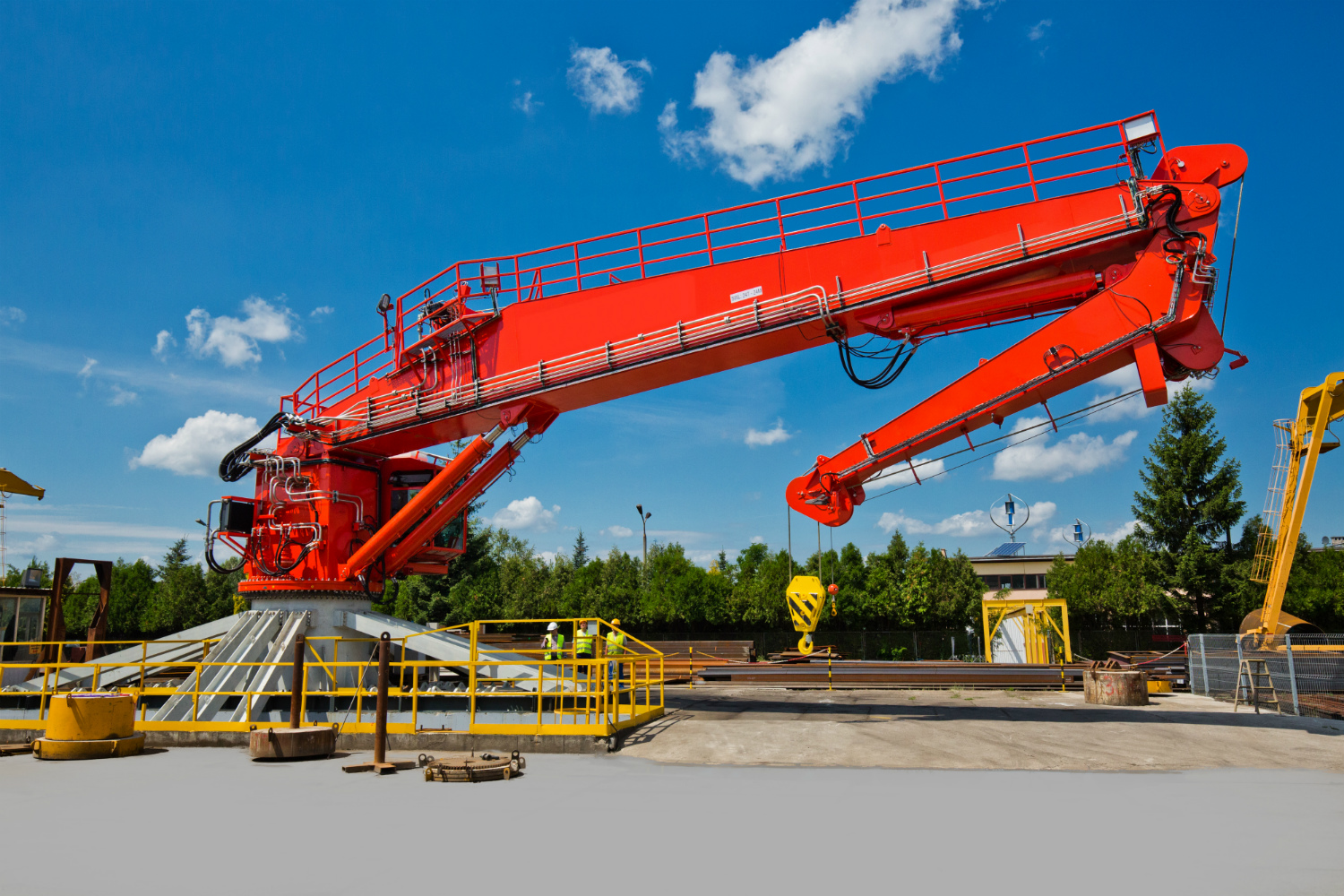 Shipyards
A giant made of steel to leave Expom

The Expom company from northern Poland has finalized its order for seven state-of-the-art cranes in the history of the company. The advanced cranes from Poland will be shipped to Scandinavia. One of them is Knuckleboom crane with the weight of the structure itself amounting to 50 tons and made with the application of advanced technological solutions. The entire project implemented at the order of a Scandinavian client amounted to EUR 350,000.

This is the biggest crane with respect to test load produced so far in Expom.  Knuckleboom crane is characterized by two-part, foldable arm structure. A crane of such type is equipped with an additional hydraulic actuator assembled between the main arm and the final arm, which enables to perform the process of folding and unfolding the arms. Owing to the specific structure, Knuckle type crane has more manoeuvre possibilities, which facilitates the transport of cargo substantially.

The machine was equipped with remote on-line operation option. Upon connection of the Internet to the crane controller, remote control of the machine for service purposes is possible from any place in the world. The crane will be used for the operation of off-shore wind farms thus such an option is extremely valuable. Knuckleboom equipment caused ambitious requirements mainly due to the dimensions and diameters of the materials applied. The reach of lifted weight amounts to 24 m and the nominal lifting capacity is 24 tons at maximum extension, which classifies the structure as the biggest crane produced in over 60-year history of Expom S.A.

The structure of the equipped crane reaches the weight of 50 tons and its production involved the use of 80 tons gross of steel. 300 litres of high quality three-layer chemical structure was used for paint coverage of the entire machine. The crane has been equipped with a cabin for the improvement of the operator's working conditions due to the adjustment of the unit for continuous operation. Apart from that, it has been equipped with a camera with a lamp at the end of the arm and the other camera monitoring the operation of the hoist drum, which substantially facilitates the operator's work and ensures greater safety during the performance of tasks. The crane has overloading sensors with weight of the lifted objects, securing the structure against overloading and potential damage.

During the dynamic test, the structure was tested with respect to overloading and it lifted the weight of ca. 30 tons at maximum outreach. Offshore cranes, unlike construction cranes, do not have counterbalance, which is a challenge for test stations. The weight of ca. 30 tons at a distance of 24 m from the crane fixing point generates forces which may extract temporarily designed steel structure of the test station along with the concrete foundation. For the purpose of performance of this test the previous test station in Expom had to be additionally strengthened with anchorage. All cranes have been supervised by the DNV-GL classification association inspector - a Norwegian ship association which monitors the machine production in accordance with global marine standards.
Due to the distance of the company seat in Warmia and Masuria region to the sea the transport itself was a challenge. The crane was dismantled and shipped with vehicle transported as oversized cargo to a port in Gdańsk, where from it was shipped to Scandinavia via a ferry. It will be used for the operation of off-shore wind farms there.