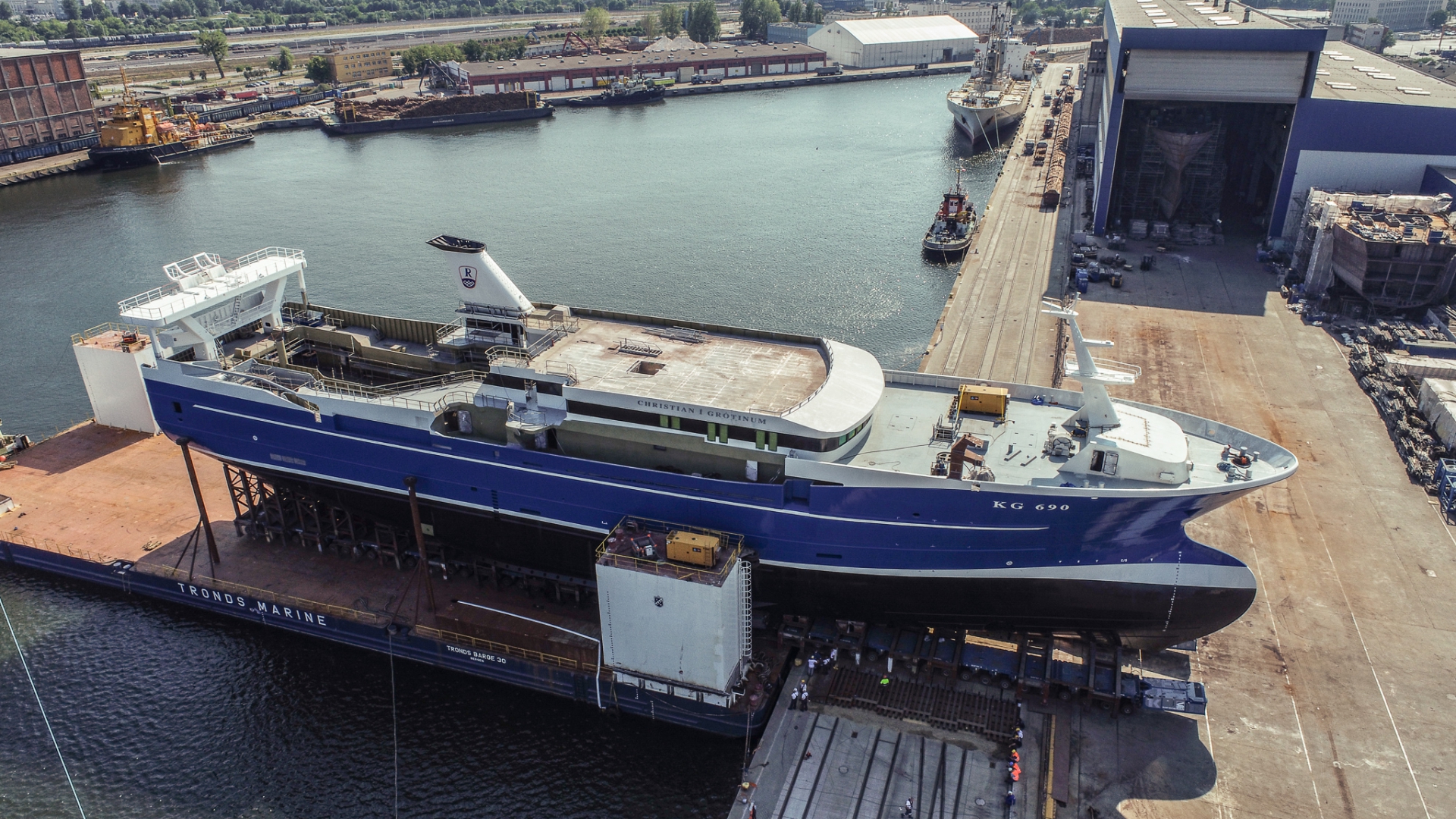 On June 24 in Gdynia, the launching of a large fishing vessel for the shipowner Kristian Martin Rasmussen & family from the Faroe Islands was completed. The vessel's home base will be Klaksvík. The finished ship will be handed over to the customer in January 2022.

The launched ship is 89.35 meters long, 17 meters wide and has a maximum draft of 9.60 meters. The vessel was designed by Karstensens Skibsværft A / S. The modern hull is ice-class, which will enable fishing in the waters of the far north. The maximum speed will be 17.5 knots. The ship will be operated by a crew of 20.

The hull launching was completed in two stages. First, the hull was transported from the wharf to a pontoon-dock, where it was towed to the Romanian Wharf, the depth of which allowed the dock to be submerged and the vessel launched. The operation ended in the evening hours of June 24.

Currently, several more ships are being built at Karstensen Shipyard Poland. The development of so many shipbuilding sites in a short period of time is a major production and logistical challenge. Although the shipyard started production on the Polish market 3 years ago, it has become a leader in the construction of partially equipped hulls on the domestic market.

Karstensen Shipyard Poland is a subsidiary of the Danish shipyard Karstensens Skibsværft A / S. The shipyard builds ships at the Port of Gdynia in a modern production facility acquired from Vistal Offshore. It is located at the Indian Quay and was put into operation in 2013. It is adapted to the production of hulls, consists of two well-equipped, modern halls with dimensions: 200x30x30m and 150x30x20 m, as well as adjacent offices and facilities for staff. Karstensen officially took over the plant on July 1, 2018.