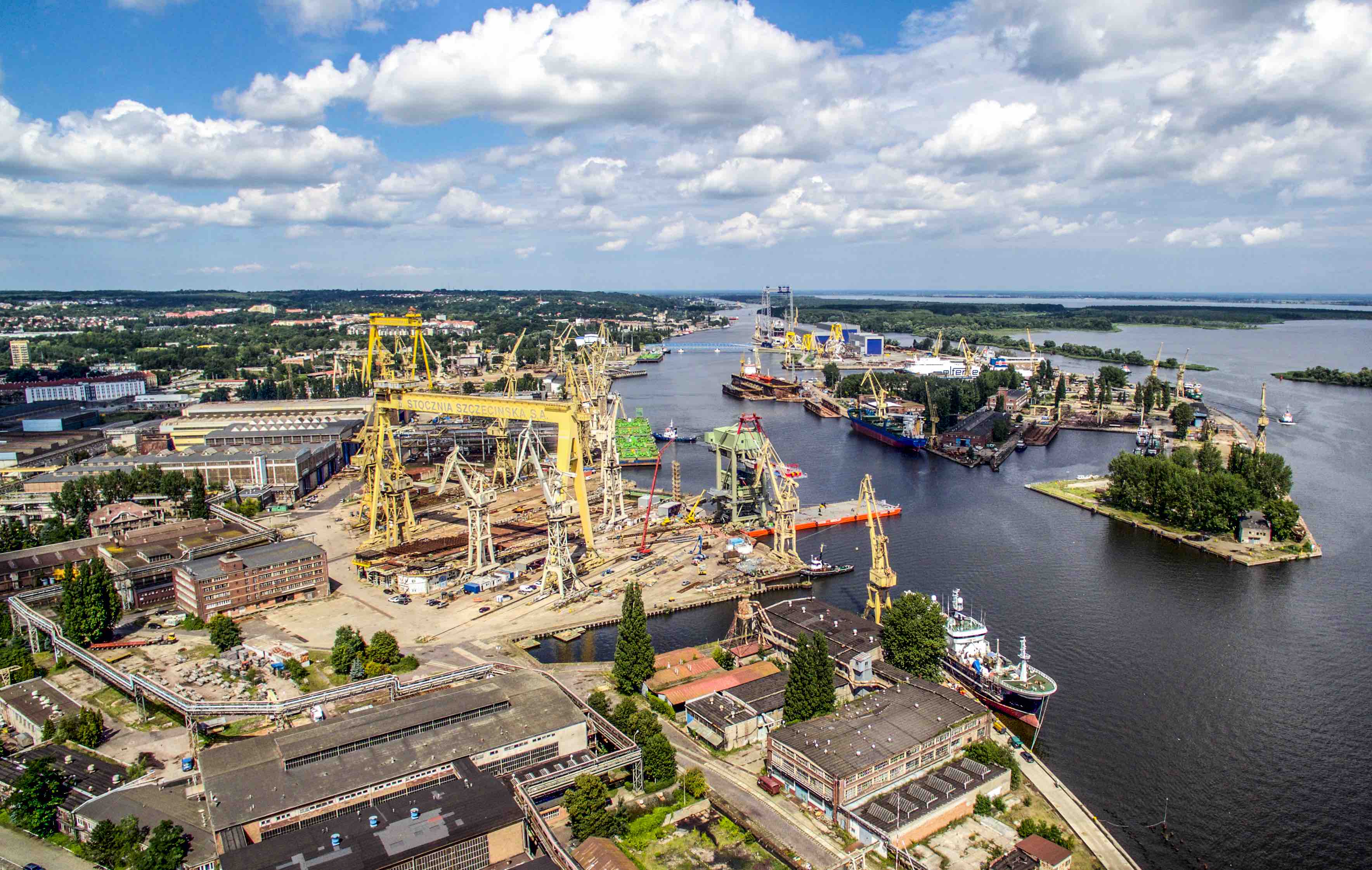 A dozen or so years ago, Szczecin Shipyard was the fifth largest shipyard in the world. Global trends, crises, and erroneous policies caused the shipyard to decline and disappear from the market for more than a decade. Today, it is rising from the ashes, and returning in a new formula, and ships are starting to be built in Szczecin again.

Currently, there are 70 companies operating in the yard, in which about 2,000 people work. Within a  year, employment almost doubled. Companies in the yard are achieving revenue and generating profit. This is driven by the economic effect. Over the last two years, over 80 vessels have been built in the Szczecin Shipyard. These were mainly small, partly equipped units, but in the future Szczecin plans to build large ships once again.

As the Shipyard's management, we intend to employ a maximum of 300 people. Our task is to build a structure to manage and handle the existing infrastructure and its ongoing reconstruction and further development. It is worth noting the scale of the infrastructure here. In an area of 45 hectares, we have, for example, a lifting capacity of 4600 tons with the largest 450-ton crane above the Wulkan ramp. One of our first decisions after taking over the Board was to reject the model of renting space and cubage for technology. At the moment, the technological process is the main value in the shipyard. As a leader, we are also responsible for management in the field of project acquisition and management, that is, for the construction of a sales team that will acquire new projects and for creating the team of the main designer for the organization of all project processes. The Park Management Board also provides quality control, legal services and, what is very important, the supply chain - informs Andrzej Strzeboński, President of the Szczecin Shipyard.

Due to the multiplicity of orders, as a Park we can negotiate low prices, which directly influences the economic effect. Thanks to this, the companies that operate here are able to consolidate and create a conglomerate of a coexisting organism consistent with global competition. Companies specializing in specific technical and technological activities can perform specific tasks within a larger organism. This is how the largest shipyards in the world are organized. This model is already bringing results. Without external support, since April last year, in each subsequent month, we have generated a profit in the shipyard which can be invested in the reconstruction of infrastructure and the implementation of new projects - adds President Strzeboński.

This year, the Management Board of the Shipyard plans to sign the first contract for the construction of a ship as Szczecin Shipyard. At the end of last year, the company signed a letter of intent to build six bulk carriers for two European shipowners. These units are currently being designed. The first one will be ready 12 months after signing the contract.

In June 2017, at the Szczecin Shipyard, the keel of a new ferry for the Polish ferry operator Polferries was layed. The RoPax ferry is being built by the Sea Repair Shipyard Gryfia. There are also plans to build a whole series of such units for the shipowner Unity Line.

Our perspective for the next 3 years is the shipyard's entry into the global customer market. The shipbuilding industry is characterized by a certain sinusoid. We have been in a rut but we already feel the forthcoming rebound and we want to be prepared for this moment. We are glad that at the moment the project of Polish ferries has kicked off and entered the executive phase. At the same time, we hope to construct fully equipped vessels for the European market - concludes President Andrzej Strzeboński.