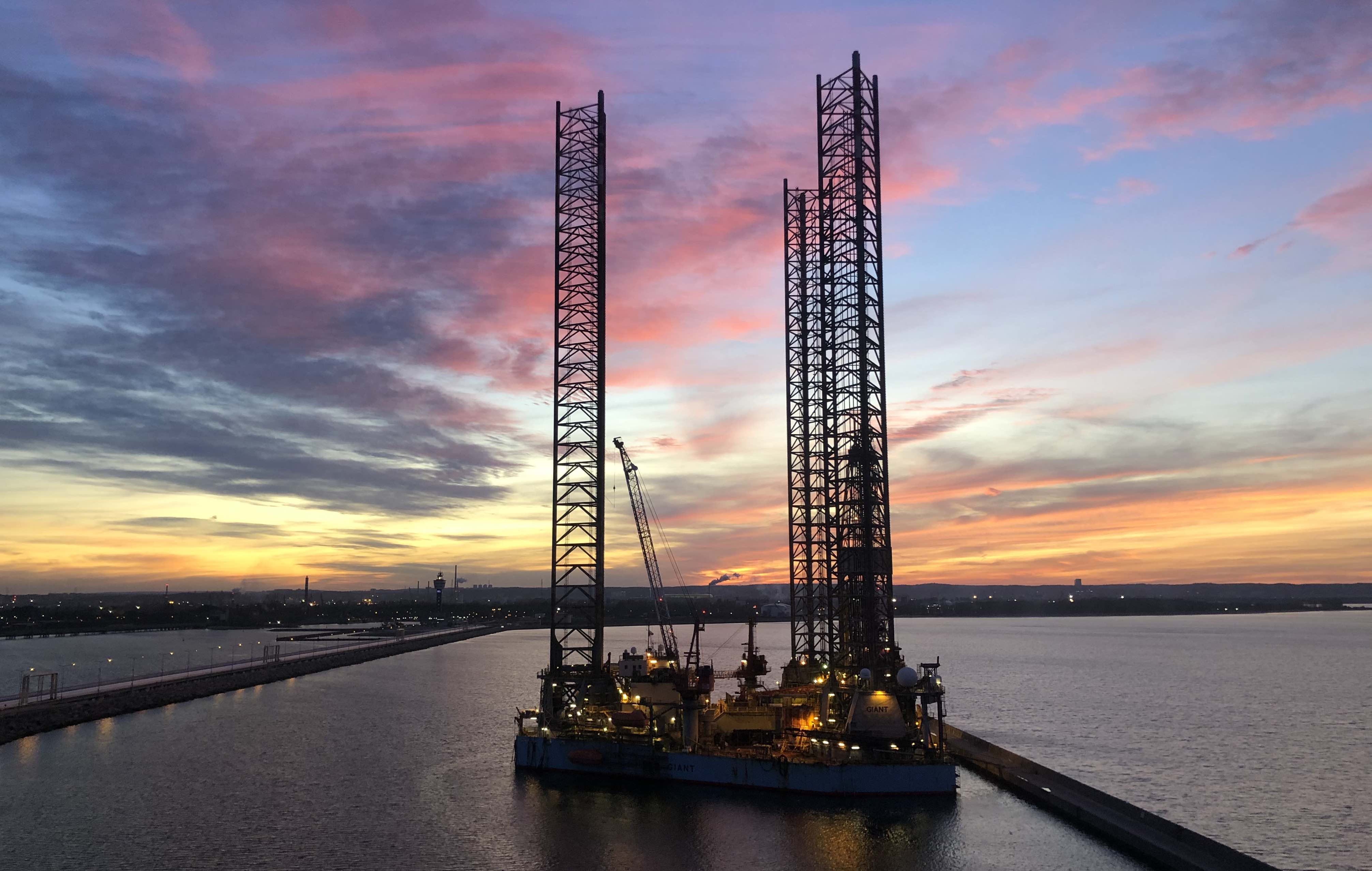 Shipyards
Another stable quarter for LOTOS

Production from the Utgard field was launched ahead of schedule. The LOTOS refinery operated at full capacity in that period. Start-up of the key EFRA units commenced.

In July 2019, the LOTOS Group and a consortium of eight financial institutions signed new credit facility agreements to refinance the credit facilities contracted to finance the 10+ Programme. In addition to optimising the structure and schedule of repayments, the security established on the company’s assets was released.

Production volumes in Q3 were affected by both the maintenance shutdown (June 20th–July 27th) of the LOTOS Petrobaltic rig operating on the B8 field as well as the planned production stoppages in August: a ten-day stoppage at Sleipner and a five-day stoppage at Heimdal. This, compounded with the challenging macroeconomic conditions in the segment (a 60% y/y decline in gas prices), translated into the segment’s weaker performance. Production came in at 1.64 mboe (-4.7% q/q), with revenue of PLN 0.24bn (-23.5% q/q).

The situation is expected to change in the last quarter of the year, mainly due to the launch of production from to the Utgard field in mid-September. The project was completed three months ahead of schedule, with savings of 25% against the original budget.

In late September, Giant, a new drilling rig purchased by LOTOS Petrobaltic from Maersk in June 2019, was delivered to Gdańsk. Once the adaptation work required to update the rig’s classification certificate is completed and once the crew receive relevant training, the rig will commence workover operations on LOTOS’ fields in the Baltic Sea. It is capable of drilling to the depth of 25,000 feet (7,620 m). Its first task will be to perform workover of seven wells in the B3 field in order to increase the volume of hydrocarbon production. The workover operations are planned to begin in Q4 2019.

In Q3 2019, LOTOS Exploration & Production Norge, operating in a consortium, produced natural gas and condensate from the existing fields as well as from the Utgard field, which recently came on stream. The company also continued development of the Yme project and carried out preparations for the development of the Trell and Trine fields. The drilling of the Liatårnet exploration well was completed in the Greater Heimdal area (the NOAKA project). The discovered crude oil reserves, estimated at approximately 80–200 mboe (of which 9.74% is LOTOS’ share), make them the largest discovery of hydrocarbons on the Norwegian Shelf in 2019. In 2020, the first appraisal well is planned to be drilled to precisely determine the amount of the reserves.

In Q3 2019, the Gdańsk refinery’s capacity utilisation rate was 103%. Operating at sustained rates over the period, the refinery processed 2.7 million tonnes of crude oil. The Refining & Marketing segment’s sales increased by 8% quarter on quarter, to almost 3.1 million tonnes of products. The most significant increase was reported for aviation fuel (+17.2% q/q), gasolines (+16% q/q) and diesel oil (+12.4% q/q). The segment’s revenue rose by 3.8% quarter on qarter, to PLN 7.8bn.

As at the end of the third quarter of 2019, the LOTOS Group chain comprised 496 service stations (including 307 owned stations and 189 partner stations). In Q3 2019, the retail segment posted operating profit of PLN 61.6m (an increase of 20.8% on the previous quarter), delivered on a higher unit margin on fuels sold through the CODO stations.

During the quarter, work continued on the EFRA Project, LOTOS’ key investment programme. In late June 2019, LOTOS Asfalt commenced the start-up phase. In September, the DCU was fed, with the workload being gradually increased. The first batches of c-mmercial-grade naphtha, LCGO (i.e. Light Coker Gas Oil), and HCGO (i.e. Heavy Coker Gas Oil) were obtained. LCGO and HCGO are further processed into fuels at the refinery. Dispatch of petcoke by road vehicles also started.

Grupa LOTOS monitors forecast margins for individual refining products and their expected impact on future profitability and the incremental refining margin following completion of the EFRA Project. Based on the most common scenarios proposed by the sector analysts and industry organisations, the Company expects the incremental margin to range between approximately USD 2 and USD 4.5/bbl. This, however, is subject to change due to fluctuations in the macroeconomic environment or actual levels of operational availability of the EFRA Project units. The Company maintains that the incremental effective refining margin will be reflected in the consolidated financial results for Q4 2019.