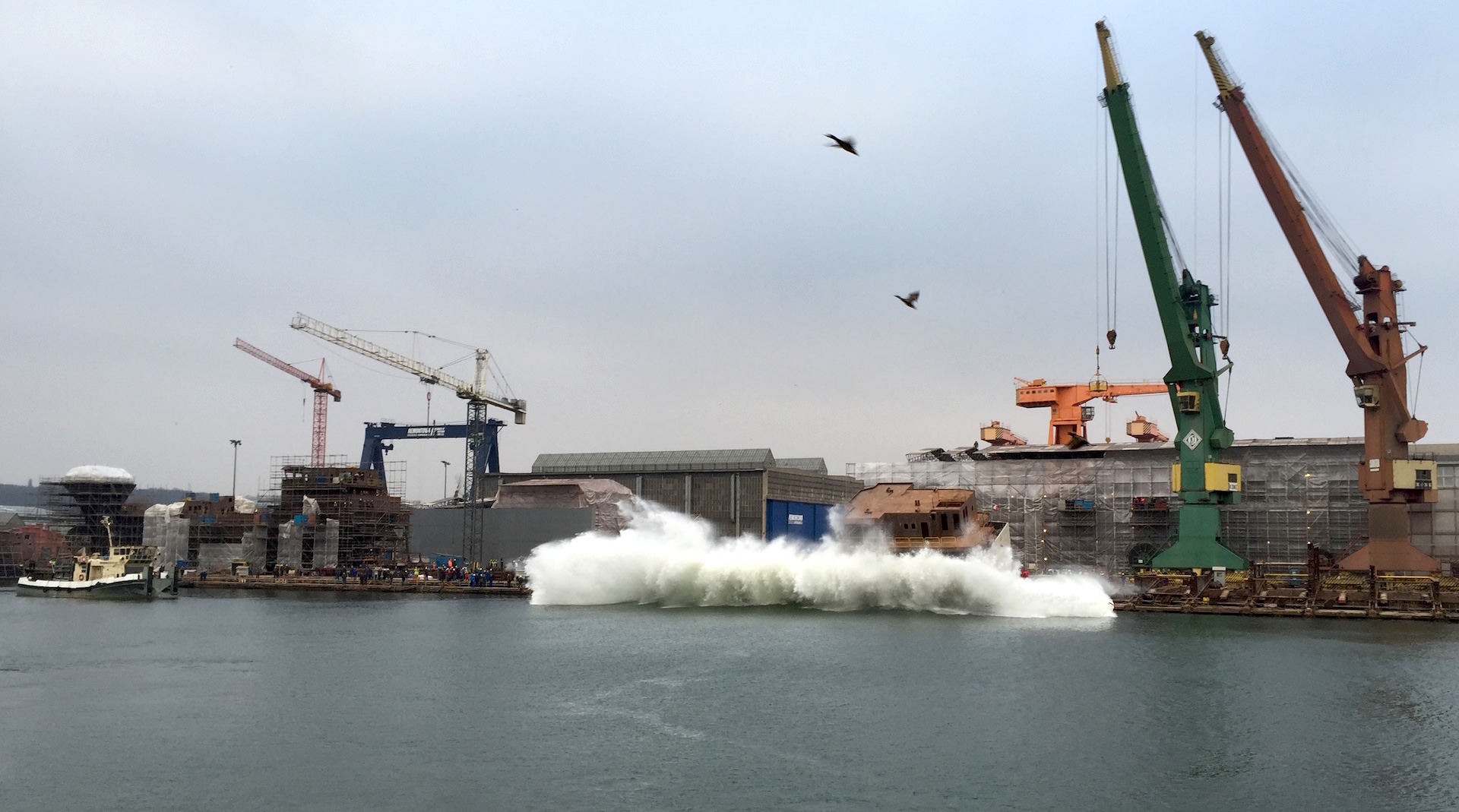 The launch of the Ivalo Arctica, being the first launching in 2015 and the 993rd such event in the yard\'s history, marked the opening of the 70th Anniversary year for the shipyard.

Let us recall October 2013, when the contract was sealed for the construction of five ice-classed container and supply ships in three various sizes and designs, destined for Greenland\'s Royal Arctic Line (RAL). According to the contract, Remontowa Shipbuilding S.A. is to build one 606 TEU vessel for RAL’s international services, as well as two approximately 108 TEU ships and two 30/36 TEU ships for the carrier’s Greenland coastal routes.

The ship will be deployed in Atlantic route, as a feeder ship for Greenland (connecting mainly Aalborg and Greenland\'s Nuuk in regular service), and - similarly to its predecessor Arina and sister Mary - will be used for special tasks such as East Coast, US Thule Air Base and Antarctica research bases supply.

Two medium-size ships within RAL - Remontowa contract scope will feature 108 TEU capacity each. The ships will replace Pajuttaat and an annually chartered vessel and will mainly engage in the supply of North Greenland.

The two smallest ships, featuring 36 TEU capacity each and some passenger capacity, are destined to replace the old \"village vessels\" and will be busy in the settlements supply year round. The first of these smallest ships was the one launched on February 20, 2015.

In fact all the five ships are kind of a crossover between supply ships, geared containerships and icebreakers. They will have to meet the demands of harsh climate conditions including temperatures falling to as low as minus 40 degrees C.

The new arctic supply container-ships (of RMDC 2880 ACV 36 TEU design) have been designed at Remontowa Marine Design, member of REMONTOWA Holding and are DNV GL classed.