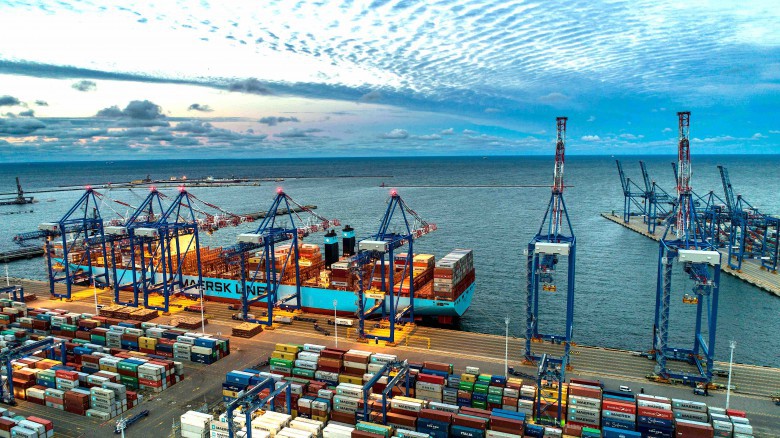 This will be one of the most successful years in over twenty years of history of Gdynia Portowy Zakład Techniczny. The PZT employees with their professional skills have made this company a well-known and proven leader of good work at ports.

In the twelve months of 2018, PZT employees assembled over 140 Straddle Carriers SCs. The same amount of Straddle Carriers SCs is planned for assembly next year. However, in January 2019 PZT will complete the assembly of the third large STS coastal cranes in the new T2 DCT terminal in Gdańsk.

The T2 wharf will be equipped with up to 8 modern STS cranes (all with overhang of 25 rows of containers). Currently, they are the largest container cranes in Poland and one of the largest in the Baltic Sea. PZT employees will also assemble five gantry cranes (RTG) in Gdańsk DCT - the final of works is scheduled for March 2019.

- At the beginning of 2019, we will be installing approximately 20 cranes produced by company Konecranes Finland, which will then go to foreign container terminals - said Krzysztof Bąk, president of the Portowy Zakład Techniczny. - This week we will start loading over 20 overhead cranes for the terminal in New York and Norfolk, Virginia.

Additionally in the Port of Gdynia the construction of 86 automatic cranes on ASC (Automated Stacking Crane) rails is steadily progressing. They will be delivered to two US container terminals in Virginia and Norfolk. The work will be carried out by specialists from the PZT within three years. RMG Cranes to Virginia and the cranes loaded this week to New York and Norfolk are transported by the Spliethoff Group, namely BigLift Shipping B.V. (RMG Cranes to Virginia on Happy Buccaneer ship) and Spliethoff's Bevrachtingskantoor B.V. (gantries to New York and Norfolk on Stadiongracht ship).

Loading at MV Stadiongracht will be record-breaking - the ship will take a total of 23 gantries.

Let us add that PZT is the owner of SPMT (Self Proppeled Modular Transporter) specialized transport sets manufactured by the European leader of such machines - the German company Scheuerle. Currently, the demand for transport services of large-size devices is very large, which is why the SPMT transport set is in constant motion, performing services for companies outside from the Tri-City (Gdansk, Gdynia, Sopot).