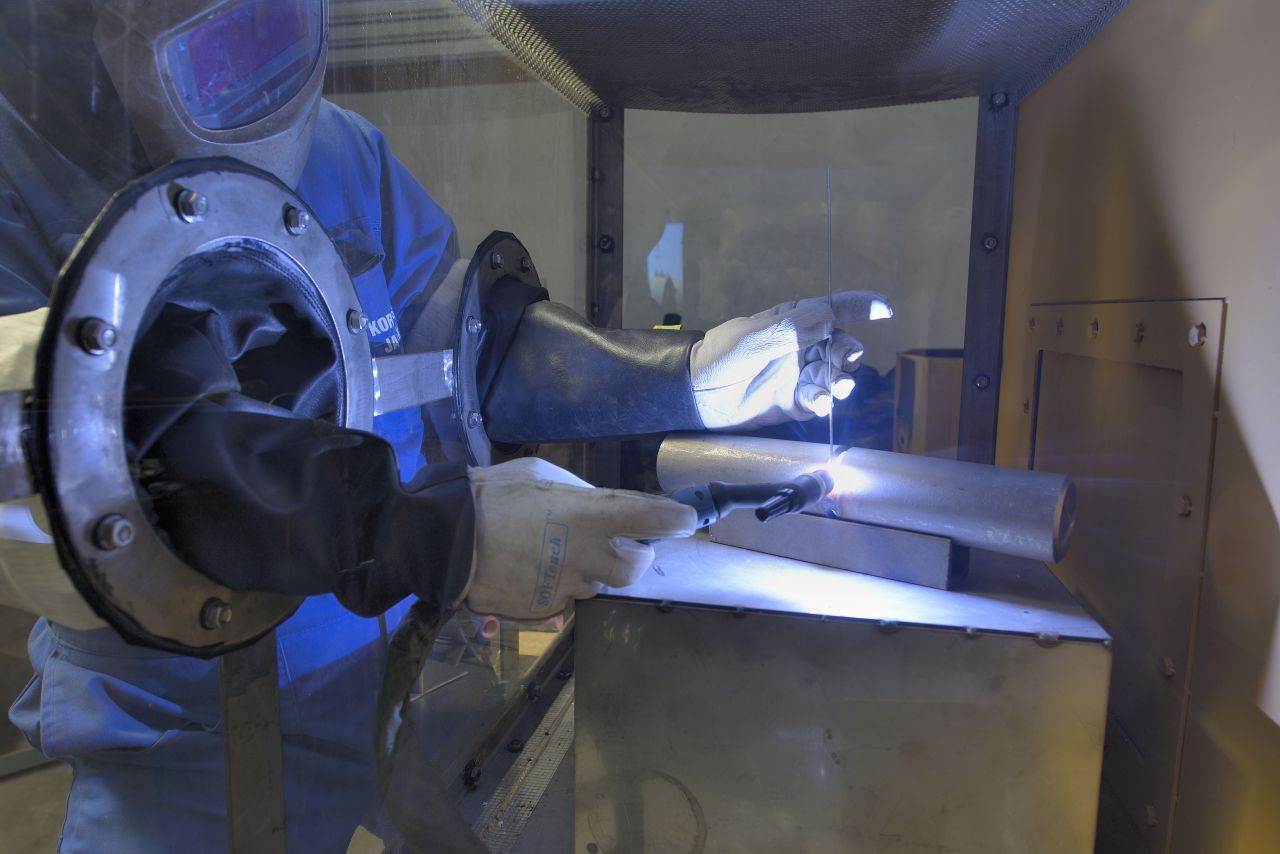 CLIMAREM has developed, tested and got approval of the titanium welding technology. The technology will find its application in the maritime and offshore industry, among others.

Titanium is a metal much needed in the marine and offshore industries. It is light and durable, and very corrosion-resistant. Wherever strength and the lowest possible weight are needed, titanium is used. More and more often it is used in installations exposed to corrosive sea water. It is used by companies that build offshore installations, ships and airplanes. It is also useful in devices used for heat exchange, as well as transfer and transport of chemicals. We will find it in tanks, alternative energy generators, pipes and process equipment. It works perfectly in extreme conditions - at high temperatures, pressure or in contact with aggressive substances.

Therefore, the correct processing of titanium and the appropriate welding technology for elements made of it are extremely important. Such technology was developed by CLIMAREM. The works were undertaken as part of a project co-financed by the European Regional Development Fund. The research project for the development of an innovative eco-friendly cooling unit for ship and marine applications was divided into parts. One of them was to make a series of types of shell-and-tube heat exchangers with a titanium tube bundle. As part of these works, CLIMAREM developed and implemented a technology for welding the joints of tubes and tube sheets made of titanium.

The most common method of welding titanium is arc welding, which is carried out withe the use of special shielding chambers in a shielding gas atmosphere with constant control of its parameters. These chambers can be divided into three types. These are sockets attached to the welding holder in order to locally shield the connector from oxygen, the compartments for the overall cover of the element, and the workshop chambers protecting the given element, in which the welder is inside. One of the solutions tested in CLIMAREM turned out to be the chamber for the complete cover of the welded element. The team working on the technology at CLIMAREM has built a specialized compartment that allows to maintain appropriate parameters of the shielding atmosphere and to conveniently operate during welding of heat exchangers.

As part of the research, the pipe joints with the tube sheet, which are elements of the heat exchanger, were tested. The study was to answer the question of how the weld would behave for 10 years in a marine environment. For this purpose, a laboratory trial was used, in which appropriate conditions equivalent to real conditions and contact time were simulated. The sample was kept for 876 hours in a special salt chamber, where it was placed in a neutral salt spray. During the tests, it was continuously sprayed with brine spray under controlled conditions, both in terms of temperature and pH, salt spray fall and sodium chloride concentration. Research has shown that the technology works great - no traces of corrosion were found on the weld or on the front surface.

The developed technology was qualified by the notified body TÜV Rheinland and the Bureau Veritas classification society.

Heat exchangers developed by CLIMAREM with the use of titanium welding technology will be used, among others, in the marine and offshore industry. The device is a part of the marine cooler unit built by CLIMAREM, operating on natural refrigerants, meeting the requirements imposed by international conventions regarding the protection of the ozone layer.