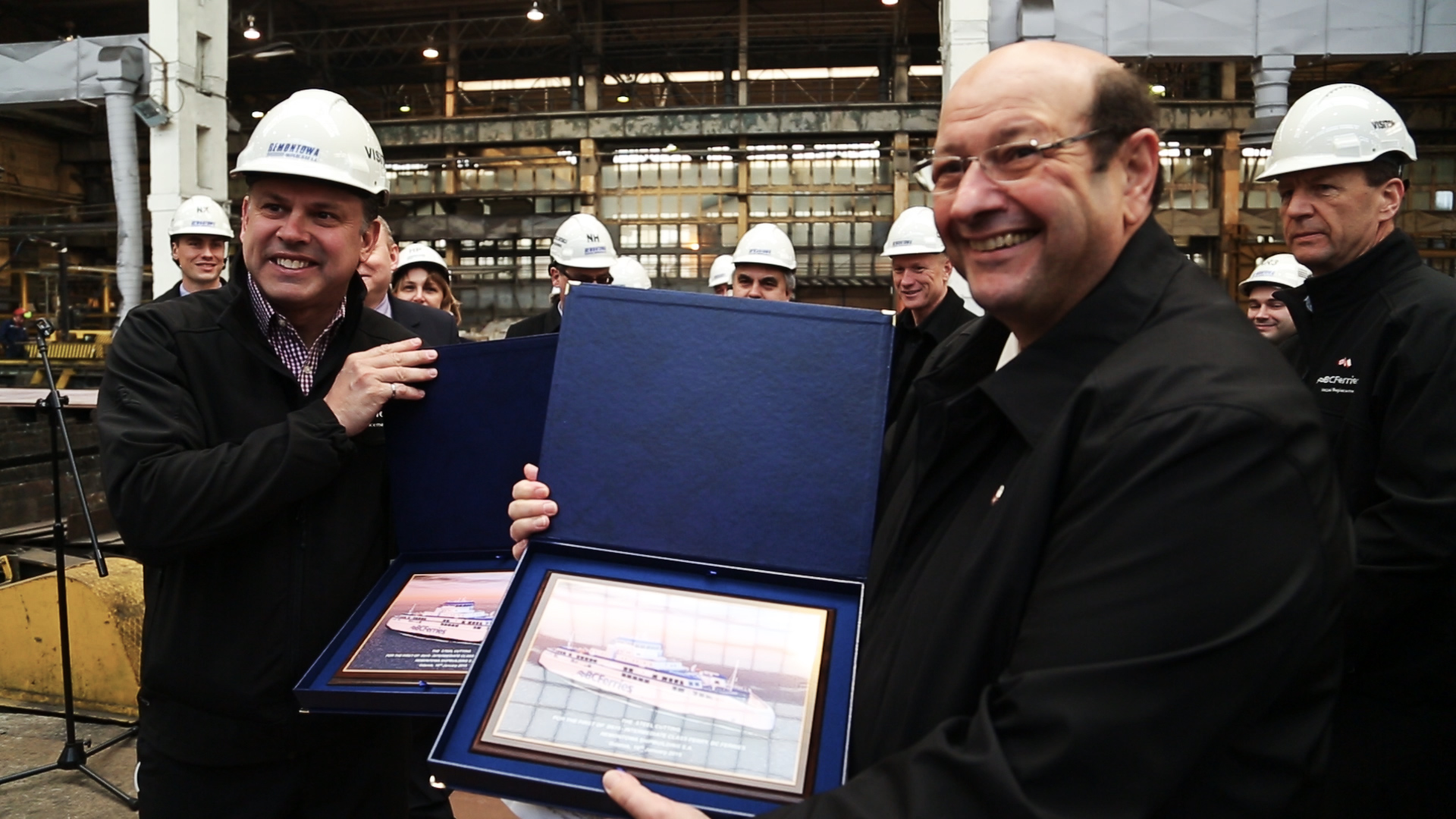 Shipyards
Construction on BC Ferries’ First LNG Ferry Kicks Off

The first steel has been cut for the first of three BC Ferries’ new intermediate class ferries (ICF) at a ceremony hosted by the Remontowa Shipbuilding S.A. shipyard in Gdansk, Poland.

These new vessels will be the first in BC Ferries’ fleet to operate as dual-fuel, capable of using Liquefied Natural Gas (LNG) or diesel fuel for propulsion and power generation. The first ICF is scheduled to arrive in August 2016.

“Today is an exciting day for BC Ferries as we officially commence the physical construction of the first ICF, which will replace the 50-year old Queen of Burnaby on the Comox – Powell River route,” said Mark Wilson, Vice President, Engineering.

The second ICF is scheduled to arrive in October 2016 and is intended to replace the 51-year old Queen of Nanaimo, sailing on the Tsawwassen – Southern Gulf Islands route.

The third ICF is scheduled to arrive in February 2017 and the company plans to use it  to augment peak and shoulder season service on the Southern Gulf Islands route, and provide refit relief around the fleet.