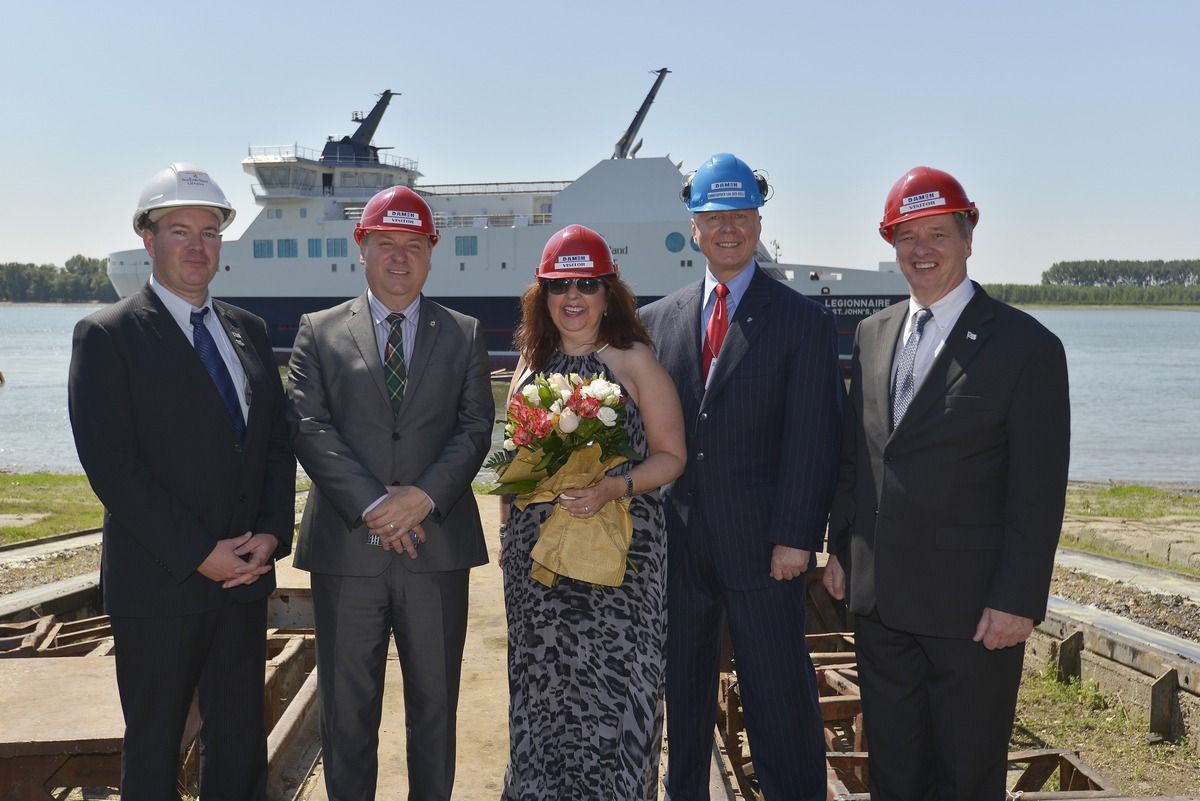 The second of two 80-metre ice class Ro-Pax ferries - the MV Legionnaire - has been launched at Damen Shipyards Galati, Romania. The naming was performed by Mrs. Lori Anne Companion, Deputy Minister at the Department of Transportation and Works of the Government of Newfoundland and Labrador, Canada.

The MV Legionnaire is sister ship to the MV Veteran, launched earlier this year at the Romanian yard. Both vessels are part of a large vessel replacement programme being undertaken by the Provincial Government. 81 metres in length and with a beam of 17 metres, she will carry up to 200 passengers and 60 cars (PAE) at a cruising speed of 14 knots. MV Legionnaire will operate on the short-haul route from Portugal Cove to Bell Island, the busiest route of the province.

In his speech at the launch the Hon. Mr. David Brazil, Minister of Transportation and Works, said, “This launching brings a new home to the water. It is a significant milestone in the ship build process and a great achievement. It is a lifeline to the inhabitants of Bell Island and will play a significant role in people’s lives there for decades.” The vessel will be delivered to Newfoundland in the spring of 2016.

Meanwhile Damen is continuing to increase its presence in the province with plans for a certified service and maintenance centre in the capital of St. John’s now well advanced. Damen representatives also recently attended student career days at Newfoundland and Labrador’s Memorial University.