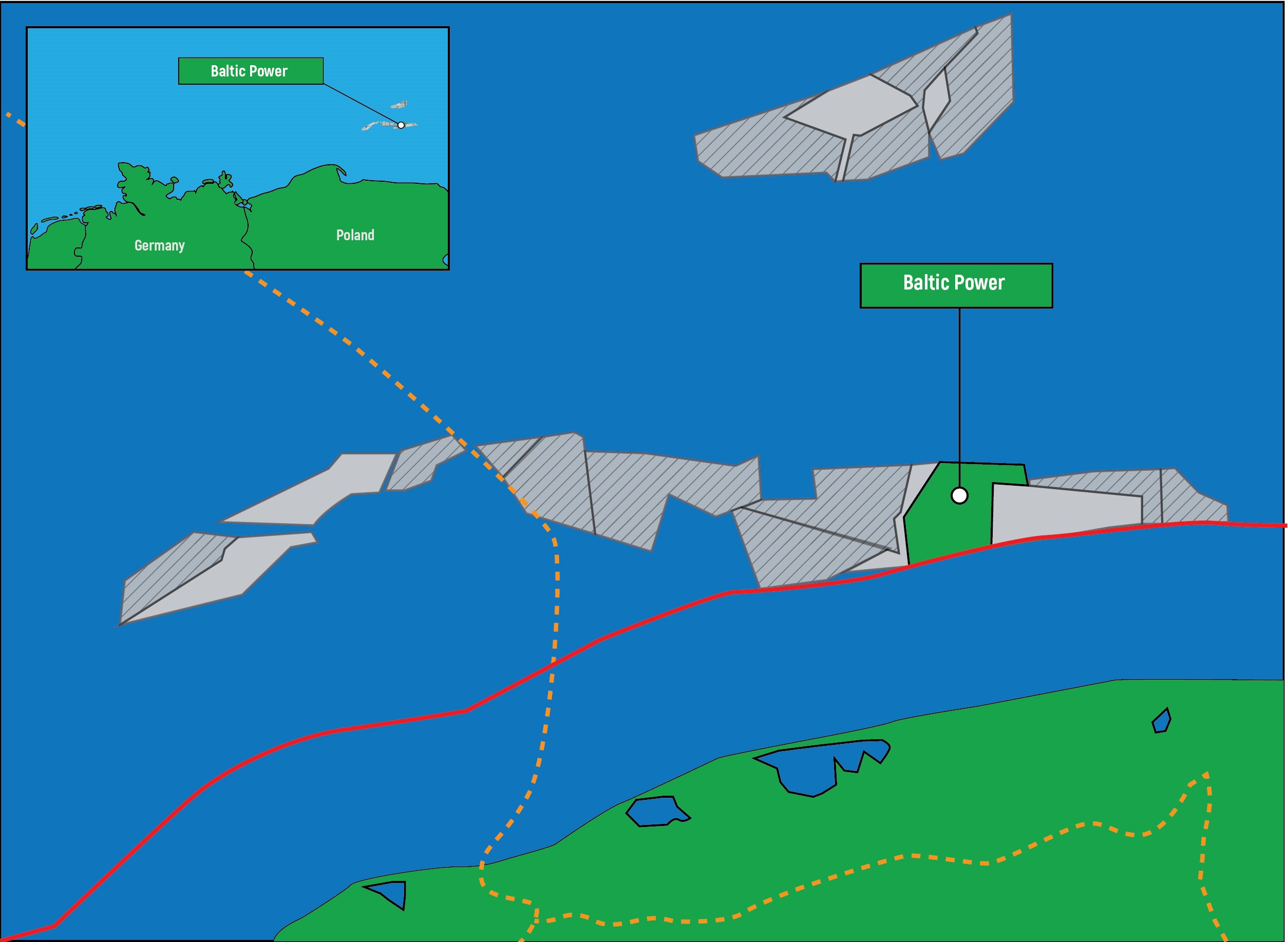 The Energy Regulatory Office has granted support for the Baltic Power project in the form of a 25-year Contract for Difference (CfD). Under the CfD, the project owner will receive payments covering any negative balance of electricity generated offshore and fed into the grid, which means that the project will be compensated for the potential difference between the market price of electricity and the strike price of the CfD.

‘The Office’s decision to support the Baltic Power project is an important step and very good news for the entire offshore sector in Poland. Offshore wind power generation, set to be a pillar of Poland’s energy transition, requires significant capital outlays. The support will mainly be used to build the necessary know-how and an effective value chain involving Polish businesses. This will allow us to make bold plans for further growth of this segment, including through new offshore projects,’ said Daniel Obajtek, President of the PKN ORLEN Management Board.

Poland has a clear roadmap for its transition towards a zero-carbon economy and the development of offshore wind projects are a cornerstone in this transition, as described in the Poland’s Energy Policy 2040 (PEP2040). Therefore, to create the most supportive conditions for delivering the carbon reduction policy in the energy sector, the legislator has provided for a statutory support mechanism for offshore wind power generation. This support scheme, used in many countries and notably in the UK, which is Europe’s most developed offshore market, is based on Contracts for Difference. Such contracts give generators a long-term guarantee of earning stable and predictable revenue streams from electricity sales. If the market price of electricity is lower than that guaranteed by the state, they will receive compensation for the ‘negative balance’. If electricity is sold at a price higher than the guaranteed one, they will pay back the excess. This helps reduce the attendant investment risk, providing an incentive to plan further offshore wind farm projects. The scheme is intended for projects implemented in the ‘first phase of support’, that is wind farm projects in the Baltic Sea, with a total capacity of up to 5.9 GW, currently in the pipeline. The Baltic Power offshore wind farm is one of such projects.

The President of the Energy Regulatory Office’s decision entitles the project owner to have any negative balance under the CfD covered at a level equal to or lower than the reference price set at PLN 319.6 per 1 MWh. Obtaining the support involves a commitment on the project owner’s part to produce electricity from the offshore wind farm and to feed it into the grid within seven years from the date of the Energy Regulatory Office’s decision. In accordance with the schedule, construction of the Baltic Power farm is to be launched in 2023 and completed in 2026. The Office’s decision requires approval from the European Commission, which will review it for compatibility of the state aid with the internal market.

The construction of an offshore wind farm with a capacity of up to 1.2 GW is one of the key projects envisaged in the ORLEN2030 strategy. The strategy provides for rapid expansion of the ORLEN Group’s power generation business, especially through investments in low- and zero-emission generation sources. Planned expenditure for that purpose is to total PLN 47bn over the next decade.

The Group is constructing its first offshore wind farm through Baltic Power, in partnership with Canada’s Northland Power, which has acquired a 49% stake in the project. The project’s site, with an area of approximately 131 km2, is located about 23 km north of the Baltic coastline, near Łeba and Choczewo.