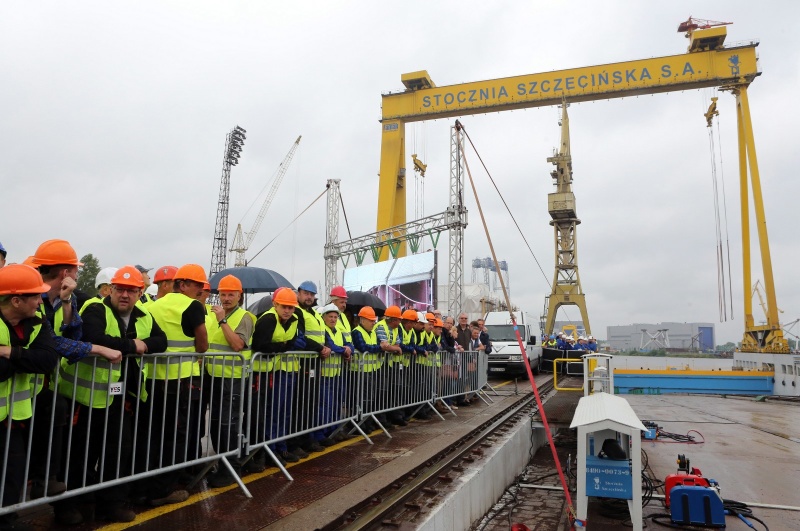 The European Commission has approved under EU State aid rules Polish support to SMEs in the shipbuilding sector. This measure will encourage new investment and benefit regional development in Poland.

Separately, the Commission opened an in-depth investigation into a Polish tax scheme for shipyards. It has concerns that the scheme would give some shipyards a selective advantage over competitors.

Polish investment aid for SMEs in the shipbuilding sector

The Polish regional investment aid scheme aims to support small and medium-sized enterprises (SMEs) in the shipbuilding sector in the Polish Pomorskie and Zachodniopomorskie regions. The aid will take the form of grants, interest-rate subsidies and guarantees. The overall budget is around PLN 77 million (around €18 million).

The Pomorskie and Zachodniopomorskie regions are eligible for regional aid (under Article 107(3)(a)) of the Treaty on the Functioning of the European Union).

The Commission assessed the measure under the Guidelines on Regional State Aid for 2014-2020, which enable Member States to support economic development and employment in the EU's less developed regions and to foster regional cohesion in the Single Market.

The Commission found that the aid will encourage new investment to modernise a sector that has traditionally been very important for the local economy. The Commission also found that the aid was limited to the minimum necessary. It therefore concluded that the positive effects of the project on regional development clearly outweigh any distortion of competition brought about by the State aid.

In September 2016, Poland adopted a law giving shipyards operating in Poland an option to pay a 1% flat-rate tax on sales from the building and conversion of ships, instead of paying the generally applicable corporate or personal income tax.

This option gives shipyards the possibility of paying less tax than under the normal corporate income tax (19% on taxable income) or personal income tax regime (18% or 32% on taxable income for natural persons, or 19% for entrepreneurs). In addition, the payment of the flat-rate tax is postponed until the building or conversion of a ship is completed.

The Commission started looking into the proposed tax incentive for shipyards after Poland notified the measure to the Commission in December 2016. The Commission does not question Poland's right to decide on its tax system. However, under the EU Treaty the Commission has to verify that the tax system respects EU State aid rules and does not selectively favour certain companies over others.

At this stage, the Commission has concerns that the proposed flat-rate sales tax constitutes so-called operating aid, which uses public funds to relieve shipyards from costs they would otherwise have to bear in their day-to-day activities. Generally speaking, operating aid is not allowed under EU State aid rules, because it distorts competition on the merits without serving any objective of common EU interest. In the present case the Commission is concerned that the aid would harm shipyards in the EU, which are not eligible under the Polish tax scheme. In addition, the aid does not seem to be necessary, given that there are shipyards in Poland which are able to compete on the market on their own merits.

This does not mean that Poland cannot intervene in its shipbuilding industry. Certain categories of aid, such as aid for research, development and innovation or regional aid, are allowed under EU State aid rules. They are considered to be more effective and to have less distortive effect on competition than operating aid. This is the case of the Polish investment aid to SMEsin the shipbuilding sector approved today by the Commission (see above). However, the proposed flat-rate sales tax does not appear to belong to any of these categories.

The Commission will now investigate further to determine whether its initial concerns are confirmed. The opening of an in-depth investigation gives interested third parties the opportunity to submit comments. It does not prejudge the outcome of the investigation.