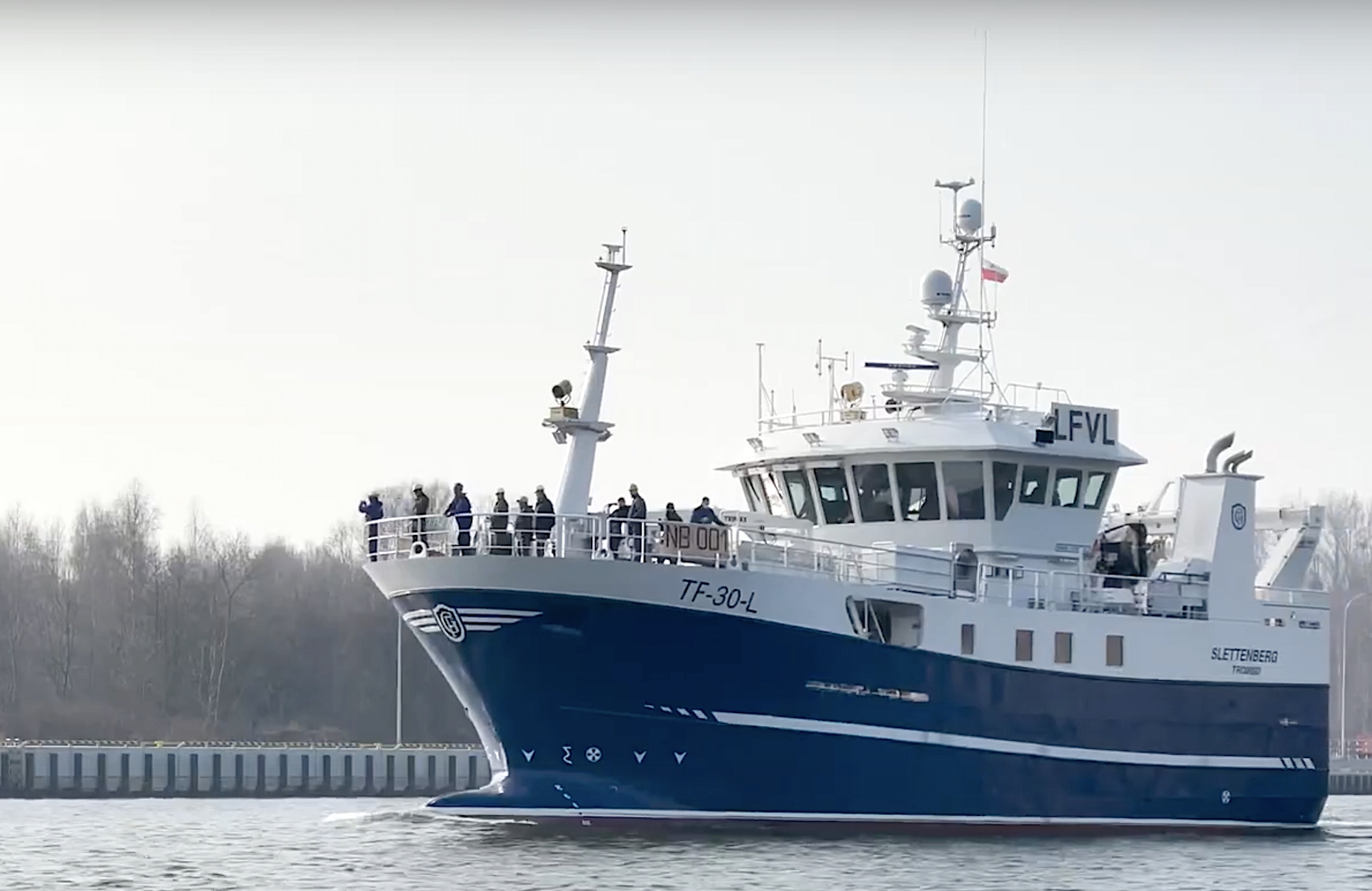 On Saturday, a fully equipped vessel built at Safe shipyard in Gdańsk conducted sea trials. In May, after carrying out additional works, it was handed over to the client. A ship with the NB001 construction number is a fishing vessel built for the Norwegian company Granli Fiskeri AS.

Marek Siemaszko, president of the Safe shipyard, informs: "It is a fishing vessel built for a Norwegian shipowner from beyond the Arctic Circle, far to the north. It is a vessel with a nice, modern design and it is really well-equipped, because both fishing and processing equipment. Its state of the art among this class of vessels.

The contract for the unit was signed on December 16, 2018. The design office Naval Consult AS is responsible for the project.

The modern vessel is 28 m long and 10 m wide and will be named MS Slettenberg. The ship will operate in the north of Norway, in the Barents Sea and around Svalbard.

MS Slettenberg is another fully equipped vessel on Safe's own account.

- The Safe company previously made a series of fully equipped vessels to service salmon farms for Norwegian recipients, while we also made vessels fully equipped for other recipients, but in cooperation with a contracting shipyard and design offices from abroad. And perhaps the most spectacular achievements of ours were specialized hybrid tugs, once considered the most modern in the world. The designer was a Canadian office, and the contracting yard was the Damen shipyard in the Netherlands, but the ship was built here, including sea trials, and from there it was already set out for handling by the shipowner.A similar tug, but without a hybrid drive, has also been built here and now it is the leading tug for servicing aircraft carrier Queen Elizabeth in ports - said Siemaszko.

Safe Co LTD was established in 1995. The company is active at home and abroad, mainly in France and Germany. He deals with, among others construction of ships, steel bridge structures, as well as structures for the offshore, chemical and petrochemical industries.