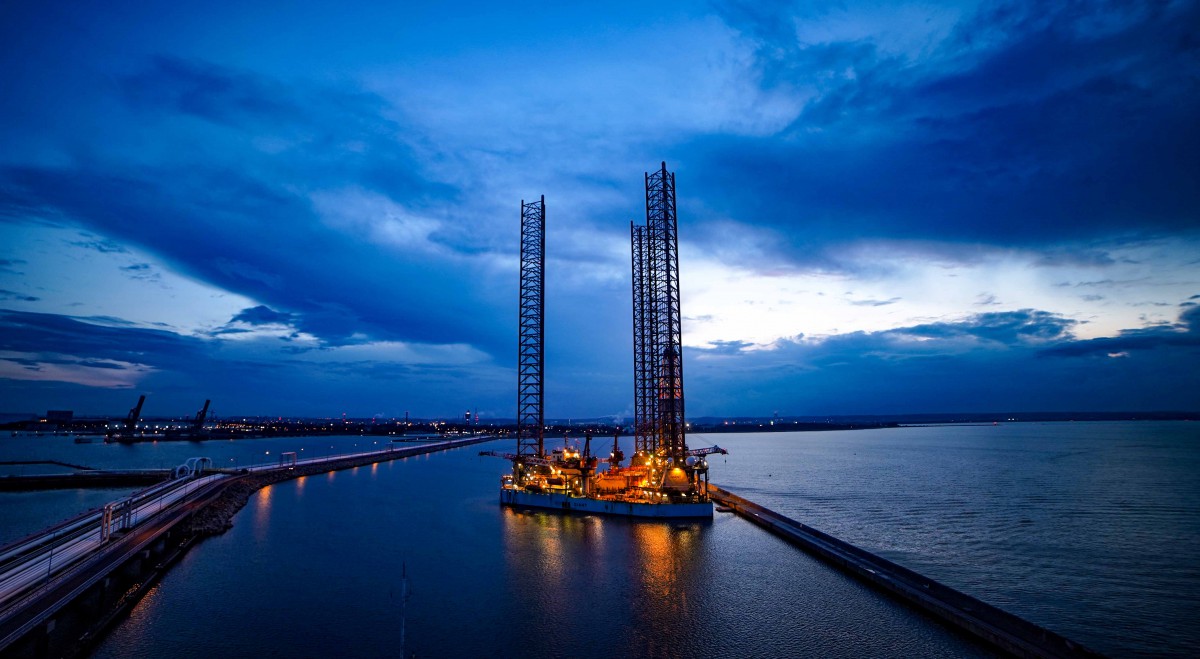 Shipyards
GIANT - the largest LOTOS Petrobaltic platform - is already at the Port of Gdansk (photo, video)

After eight days of towing, GIANT arrived at the Port of Gdansk. This is the newly purchased LOTOS Petrobaltic platform and the largest of all units of the Gdańsk company. On Saturday, it stood at the Closing Quay in the Northern Port. It's truly impressive.

GIANT set off to the Port of Gdansk from the Port of Esbjerg in western Denmark on September 20 at 7:20, where the Polish crew prepared him for towing operations. The platform was towed by an offshore service vessel (AHTS) Assister. The unit is 90.3 m long, 23 m wide, has 5 010 t load capacity and 6 536 GT. Its bollard pull is 282 T. GIANT was towed at an average speed of about 4.7 in.

Ultimately, the platform will work on the B3 field in the Baltic Sea, about 70 km north of Polish Rozewie.

- After the adaptation work required for class renewal and training of the crew, the platform will begin reconstruction work in the Baltic. Its task will be to perform the planned reconstruction of 7 wells on the B3 field (B3-5, B3-6, B3-8, B3-9, B3-13, B3-14, B3-15) - said Grzegorz Strzelczyk, president of LOTOS Petrobaltic.

Before the platform will be towed away to the workplace, it must be properly marked and adapted to operating in the Baltic Sea. Adaptation work required for class renewal and crew training will be carried out at Naftoport. Then the unit will be towed to the B3 field - Grupa LOTOS said in a statement.

On September 28, the GIANT platform described above arrived at the Port of Gdansk. This is the fifth unit of LOTOS Petrobaltic.

LOTOS Petrobaltic and its subsidiaries focus on operational and service activities in the Baltic area, i.e. exploitation of the B3 field, development of the B8 field, to launch full production, implementation of exploration projects in the Baltic Sea and land concessions in Poland. At the same time, the company develops its engineering, executive and design competences for the offshore sector, ultimately with the option of providing services outside Grupa LOTOS.