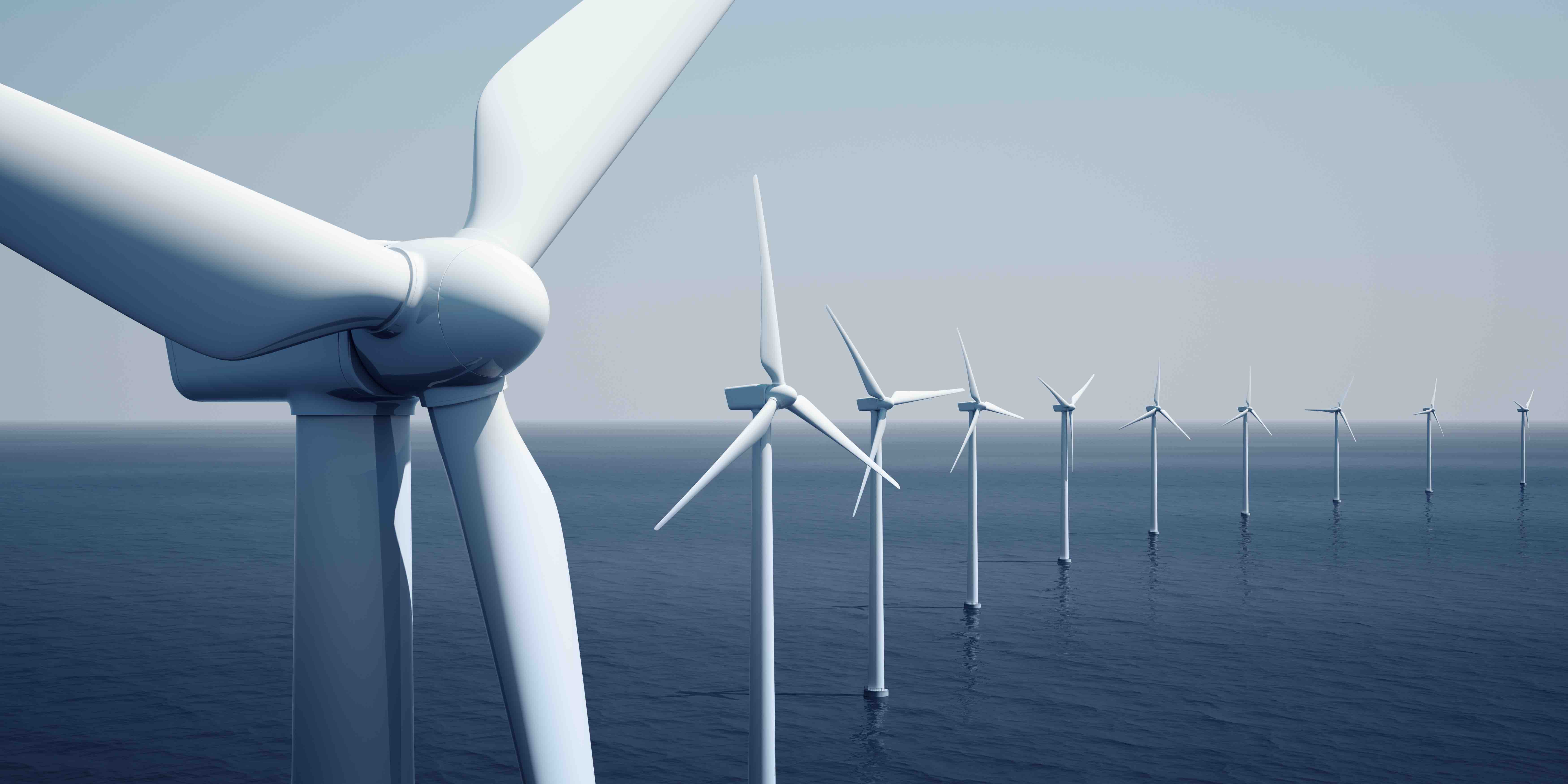 Good development prospects for offshore wind farms in the Polish exclusive economic zone in the Baltic Sea. Zbigniew Gryglas, Member of the Polish Parliament and chairman of the parliamentary team for offshore wind energy, told in an interview with the portal GospodarkaMorska.pl: "we are getting closer to the construction phase. We are no longer planning and analyzing, we will soon begin construction". It is estimated that the first Polish offshore wind farm in the Baltic could be built around 2023-2025. Polish “State Energy Policy until 2040”, in which offshore is indicated as one of the main tools for achieving renewable energy sources (RES) objectives, assumes that Poland will achieve more than 10 GW of power from offshore wind farms by 2040.

“State Energy Policy until 2040” is currently being reviewed. Document is to be adopted as early as in 2019. It assumes, among others things, that by 2040 the share of coal in electricity production is to fall below 30%, while renewable energy and solar will play an increasingly important role in the energy mix. Wind turbines on land are to be replaced for wind turbines at sea. - Looking at today's technical possibilities, we expect as much as 1,000 wind turbines that might stand on the Polish side of Baltic Sea - Gryglas told GospodarkaMorska.pl.

Currently, work is also underway on another document - an offshore special act, which is expected to enable the construction of Polish offshore wind farms in the Baltic Sea after 2020. A parliamentary team for offshore wind energy is working on its framework. Team chairman, Zbigniew Gryglas, emphasizes that such a legal act is indispensable, because there are so many special solutions used in offshore wind energy that it makes no sense for it to be regulated by energy law or other laws. For now, however, it is not known what shape the document will ultimately assume. Grzegorz Tobiszowski, Polish deputy minister of energy, recently underlined during the Polish-British consultations that the Ministry of Energy is now collecting all suggestions and materials, and then will indicate in which direction future regulations regarding offshore wind energy will be heading.

According to the EU climate package, in 2020 Poland should increase the share of energy from renewable sources to 15%. According to the Polish Wind Energy Association, in the current situation the only way to reach the assumed level on time is to launch new wind farms. It is the only large-scale source that can start to deliver large amounts of green energy.

- Poland's potential is huge, I am convinced about it, especially taking into account the signals from the Polish government, proving that we can expect 6-8 GW of energy from offshore wind farms by 2030. However, I believe that their potential is much larger - says Morten Bæk, secretary of state in the Ministry of Energy and Climate of Denmark.

- Sea wind farms will be able to provide a local source of energy, which means that Poland will be able to significantly reduce the amount of sources imported from abroad - says Giles Dickson, CEO at WindEurope.

He emphasizes that all Europe is paying today 1 trillion euros every day to bring in energy from other countries. "We import as much as 54% of energy, which is not a good forecast when it comes to ensuring long-term energy security”, says Dickson.

The potential for the construction of the first Polish offshore wind farms is also seen by Janusz Bil, director of the energy and mining department at the British embassy. He points out that Great Britain is counting on cooperation with Poland in the field of offshore wind energy.

- Great Britain is the country that currently produces the largest amount of offshore wind energy. We are counting on a bilateral cooperation, so both countries can take advantage of it. We are convinced that this is a good direction, Poland must move towards energy transformation, focus on renewable sources, and the Baltic Sea offers very favorable conditions for the development of offshore wind farms - says Janusz Bil, director of the energy and mining department at the British embassy.  Janusz Gajowiecki, president of PWEA, emphasizes that offshore wind energy can become a another large stable source of energy, right after coal energy, which will naturally complement the Polish energy mix. However, adequate financing is essential for the development of renewable energy.

- The European Bank for Reconstruction and Development is directed towards the Polish offshore. Such huge financial institutions are very interested in the development of wind farms in the Baltic Sea. This external financing will certainly be needed with the project scale of 6-8 billion in relation to one wind farm - says Janusz Gajowiecki, president of PWEA.

New wind farms will also be able to operate without state support. Such a possibility is opened by the PPA (Power Purchase Agreement), i.e. direct contracts between energy producers from RES and consumers who want to use clean energy.

Offshore wind farms and what's next?

State budget income from the construction of offshore wind farms in the Polish exclusive economic zone in the Baltic Sea is estimated at as much as 100 billion PLN.

The development of the wind offshore energy industry in Poland after 2025 can provide employment for over 77 thousand employees. Polish industry is able to provide at least 50% of the value of orders related to the construction of wind farms in the Baltic Sea, and up to 75% in the next few years.
- Polish industry is already producing a lot of components and products that are mainly exported to Great Britain, Germany or the Netherlands. So it is already prepared to also cover the demand, supply products and services for offshore wind farms that will be created in Poland - ensures Paweł Przybylski, president of Siemens Gamesa Renewable Energy.

This is a chance for ST³ Offshore, Europe's largest producer of steel foundations for offshore wind farms, GSG Towers and TELE-FONIKA Kable and many other Polish companies.

The first investors are almost ready

Currently, Polish state issued nine location permits for the offshore wind farm projects located in the Polish exclusive economic zone. Four inventors are front-runners for developing this projects: Polska Grupa Energetyczna, BALTIC TRADE AND INVEST, PKN Orlen and Polenergia, in which 50% of shares in the projects implemented by the company were taken over by Statoil / Equinor.

PGE plans to create a 2.5 GW wind project by 2030. For this purpose, PGE Baltica was established, headed by Monika Morawiecka. At the end of January 2019, PGE closed the first stage of selection of potential strategic partners who will participate in the preparation, construction and operation of the offshore project in the Baltic Sea. Thirteen companies responded to the invitation to participate. Ultimately, PGE intends to sell one of them 50% of shares in two units responsible for offshore wind farm projects, and then work in developing them in joint venture formula.  BALTIC TRADE AND INVEST wants to build a 350 MW wind farm by 2025. The company has completed environmental research and is preparing for a geotechnical campaign. - With the permission for artificial islands paid for from 2013, we are obliged by this permission to start construction in 2024 - says Joanna Rzepecka, the board director of BALTIC TRADE AND INVEST.

PKN Orlen wants to use turbines when building offshore wind farms with a height of over 250 m. Company is considering acquiring an external partner for this project in 2019. If an investment decision is made, the first construction-related expenses may be incurred at the earliest in 2023. A company from the Orlen Group, Baltic Power, has already launched environmental research and wind conditions measurements on the area of the Baltic Sea wind farm concession held by the Group. A team of specialists was also set up to prepare and implement a project for the construction of a technical concept for the construction of offshore wind farms in the Baltic Sea.

Polenergia plans to build two installations with a capacity of 1.2 GW by 2026. On March 12, 2019, the Regional Director of Environmental Protection in Gdańsk issued a decision
on the environmental conditions of the project implementation for the company IMF Bałtyk III, in which Polenergia has 50% shares. This decision concerns the construction of offshore electricity transmission infrastructure, connecting offshore power stations with the National Energy System. Total power output from offshore wind farms covered by the decision, it to be up to 1,440 MW. The start date of the construction of the installation depends on when relevant regulatory act will enter into force. Polenergia currently owns offshore wind farm projects with a capacity of 3 thousand MW, which are divided into the following companies: IMF Bałtyk II, IMF Bałtyk III and Polenergia Bałtyk I.

According to the latest WindEurope industry report on European offshore wind energy, in 2018 the total installed capacity of sea turbines in Europe reached 18.5 GW. The Global Wind Energy Council (GWEC) emphasizes instead in another report, that in 2030 wind energy could cover about 20 percent of global energy demand. The total capacity of wind farms is to reach approx. 2 100 GW. That's five times more than today. Such a growth means a reduction of carbon dioxide emissions by more than 3.3 billion tonnes per year and investments of 200 billion euro per year.