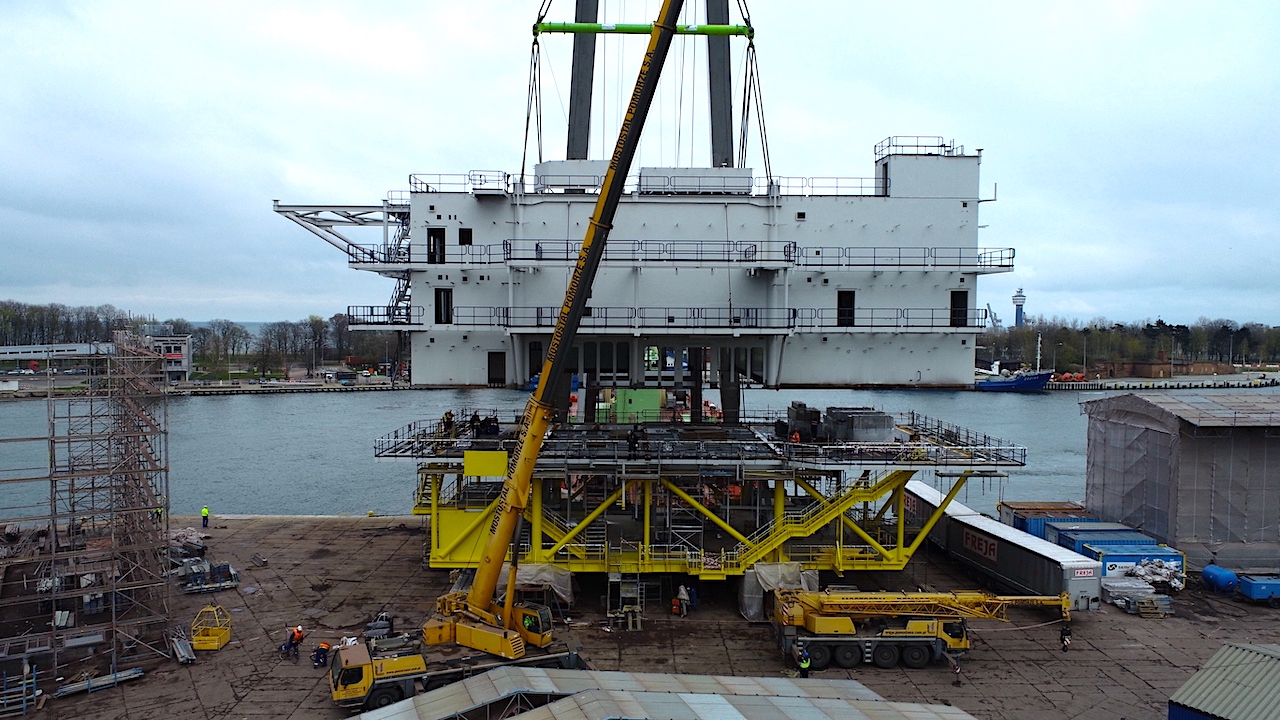 Mostostal Pomorze is building a transformer station for one of the wind farms with a capacity of 247 MW in the Baltic Sea. The giant weighs over 1,000 tons in total. On Friday, the key operation of joining the two largest elements of the structure took place.

The transformer station is over 45 meters long, 20 meters wide and 20 meters high. It has been under construction at Mostostal for about a year. Currently, the project is in its final stage. The handover of the structure to the client is planned for the beginning of June.

In the first phase, the project involved the prefabrication of two separate modules and the application of an anti-corrosion coating. Comprehensive anti-corrosion works were performed by Muehlhan Polska, one of the leaders in the global maritime market in this field.

Placing of the upper block weighing over 550 tons on top of the second and merging the two structures was the highlight of the day. The implementation of this task required the procurement of the huge HLV Uglen floating crane from Norway with a maximum lifting capacity of 800 tons. The largest floating cranes in Poland - Maja, owned by Polskie Ratownictwa Okrętowe and Conrad Consul, owned by the Marine Projects shipyard, have a lifting capacity of 330 and 400 tons, respectively.

After permanent consolidation and partial equipment, the transformer will be loaded onto the barge and transported by sea to the recipient.