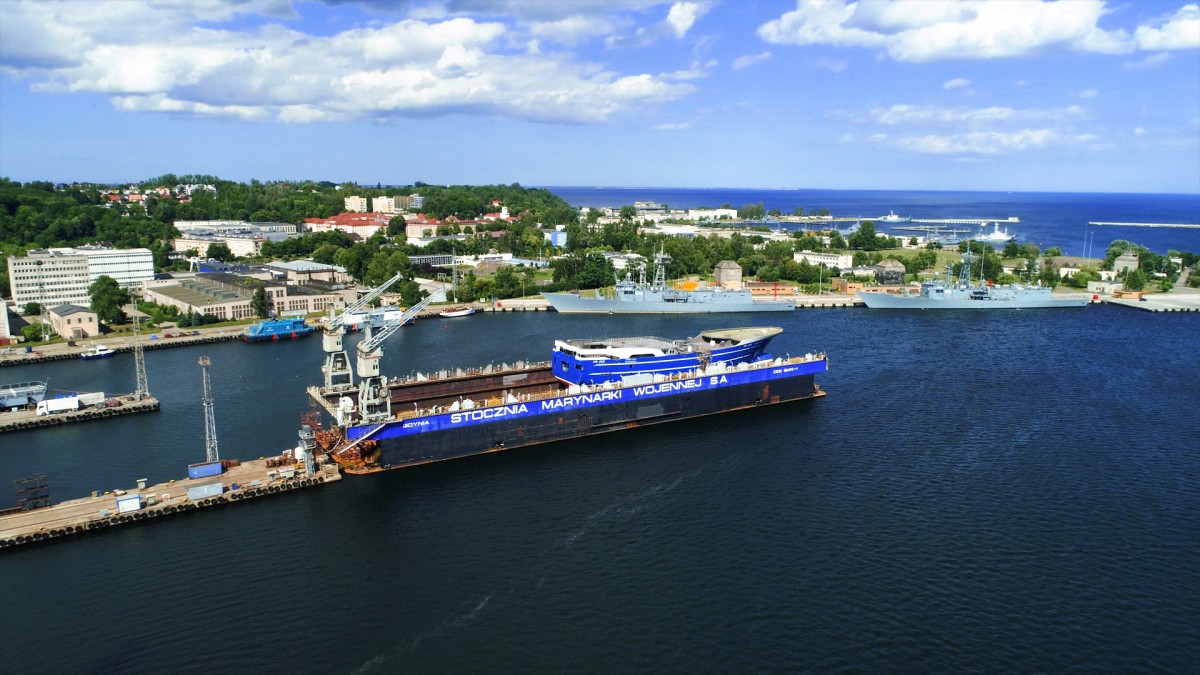 Yesterday Karstensen branch in Gdynia launched its first partially equipped hull. Vessel was built in the yard leased by Karstensens Shipyard Poland from Vistal Gdynia as part of the latter firm restructuring. At the same time, it was first in this region operation of transporting such big hull from barge to a dock using self-propelled modular transporter (SPMT) platforms.

Hull was built for Lunar Bow vessel. It is a fishing trawler with RSW (refrigerated sea water) holds for trawling or seine fishing, which will be delivered to Buchan shipowners' family. The contract for his order was signed by Cpt. Alexander John (AJ) Buchan. The vessel is to be transferred to the shipowner in January 2020.

The operation of transport and launching consisted of four main phases and was entirely planned, prepared and coordinated by Karstensen Shipyard Poland:

1. Raising hull and rotating it 90 degrees on the assembly site;
2. Loading through the Indian quay on the UR5 pontoon;
3. Transfer by SPMT platforms from the pontoon to the dock of the Navy Shipyard;
4. Launching.

It was first in this region operation of transporting such big hull from barge to a dock using self-propelled modular transporter (SPMT) platforms. The type of reloading is performed by so-called skidding (shifting the load by means of hydraulic cylinders on the prepared track). The operation required the preparation of a suitable foundation on which the ship was built. It is worth remembering that the Indian wharf is not adapted to this type of load, which was an additional difficulty.

Employees of Karstensen Shipyard Poland also performed dock strengthening, which made possible to enter the dock with SPMT platforms. The works were simultaneously coordinated with the reconstruction of the track on the quay.

As we have learned from the representatives of the Danish shipyard: “Operation was performed safely, efficiently and in accordance with our expectations. We are very happy to cooperate with all involved firms. We plan another operation (transport of the NB 451 Havskjer hull) in next 10-12 weeks.”

The Karstensen shipyard in Gdynia started operations in June last year. It acquired a modern production facility from Vistal Offshore. Building is located at the Indian Quay in the Port of Gdynia and started operating in 2013. It is adapted to the production of hulls and consists of two well-equipped, modern halls with dimensions: 200x30x30m and 150x30x20 m, as well as adjacent offices and staff facilities. Karstenses took over the facility on July 1 under a three-year lease agreement.

Karstensen Shipyard Poland cooperated with many companies during the operation. Sarens was responsible for the transport of the hull on SPMT platforms from the wharf to the pontoon and from the pontoon to the dock. Ugland is the owner of the UR5 pontoon. The verification of documentation and supervision over the entire operation was carried out by DNVGL. ZMPG was responsible for coordinating operations with companies operating in the port area and approving the transport operations on the Indian wharf.

Expertise on crossing the Indian wharf and supervision over the adaptation of the wharf to transport was carried out by Aquaprojekt from Gdańsk. The contractor of the work on the foundation on the Indian Quay was Spector. Stocznia Wojenna was responsible for the docking of the ship and Navigo provided navigational service. Old Seas was operation agent.