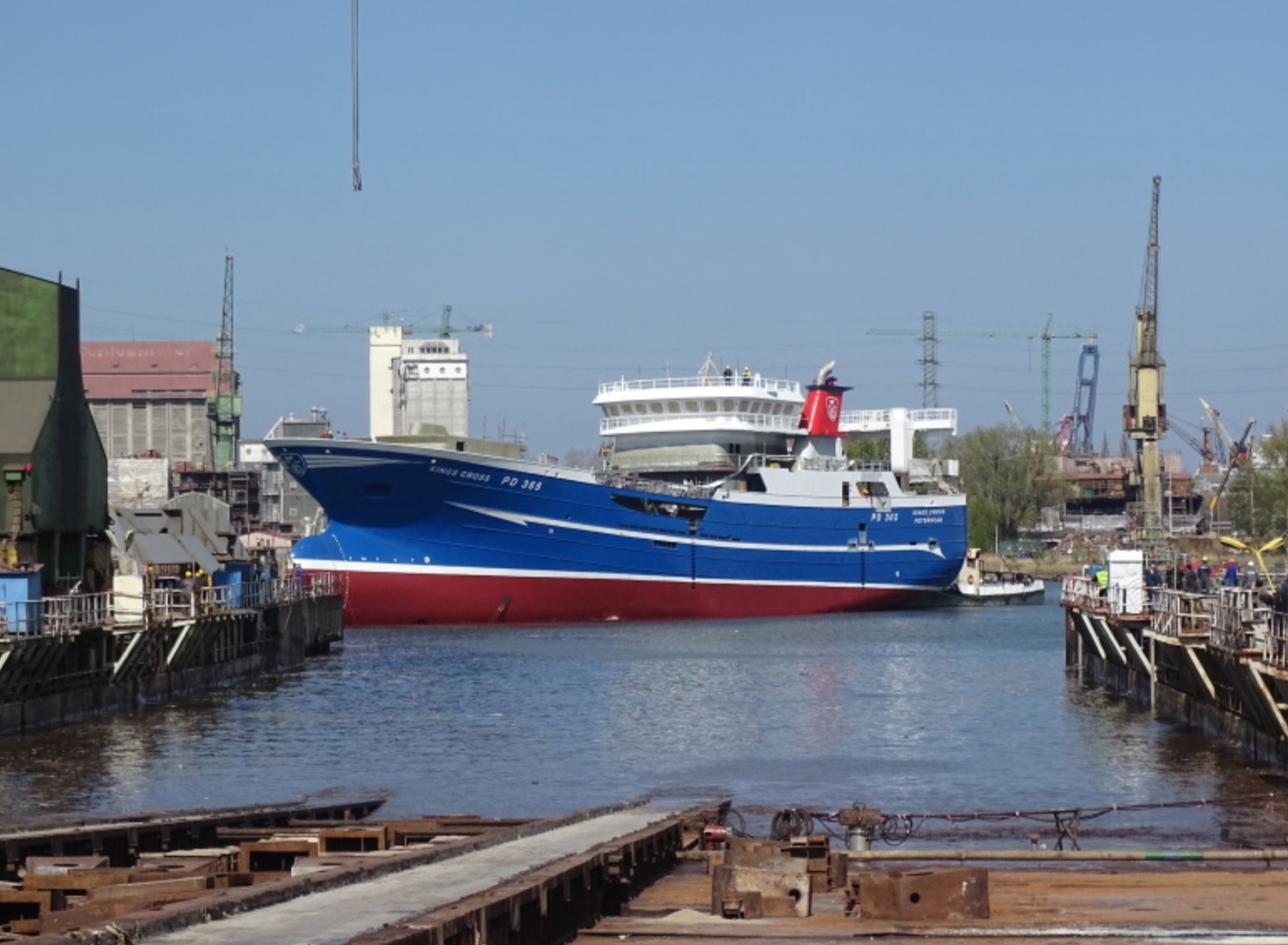 On 29 April Newbuilding Division of Nauta Yard launched a partly outfitted fishing vessel Kings Cross. It was the second launching ceremony in Nauta this year and fifth for Dannish client – Karstensens Skibsvaerft AS.

Nauta has signed this contract in October 2014. It is worth noting that the vessel was ordered as one of a series, which is not common situation in the shipbuilding market. Recently shipowners orders mostly single units. Launching of the second vessel of the series (Pathway) is scheduled for June this year.

Kings Cross is 78 m long and 15 m wide, depth to the main deck is 6,5 m. This is a modern fishing trawler. This kind of vessels is equipped with steel tanks for storage of life fish. Electronic devices such as sonar will increase the efficiency by locating shoals, assessing their size and planning optimal route.

This contract is the continuation of the existing cooperation between both companies. In 2013 Karstensens Skibsvaerft AS and Nauta started the cooperation and since then, has already signed contracts for building 11 vessels. Nauta already launched five of them and another unit are under construction.