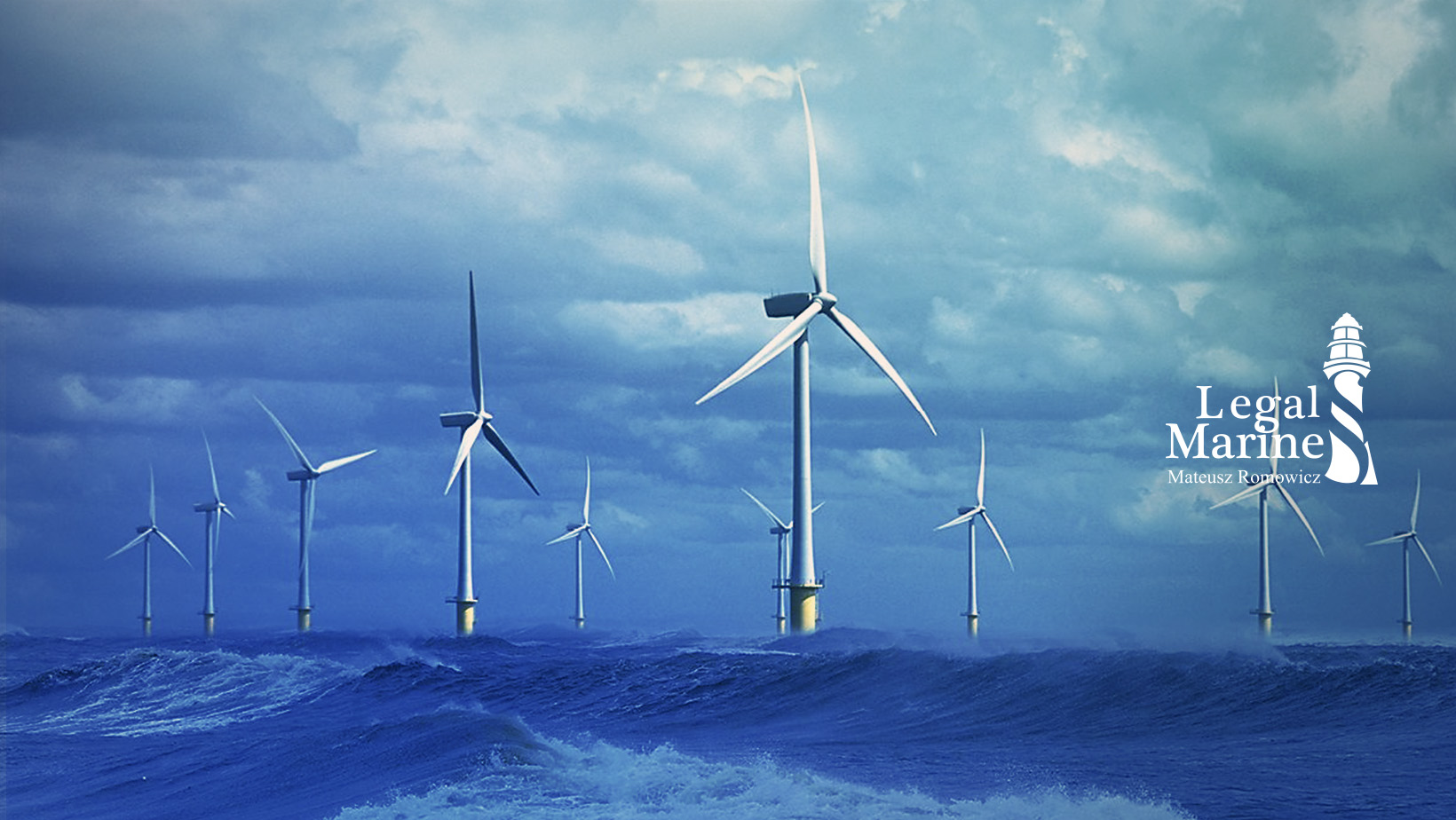 The offshore wind farms fire the imagination of Polish small and medium-sized entrepreneurs, who are hoping to be part of this significant project for the Polish energy sector. Assurances about the "security" of the Polish supply chain or about a "philosophy" regarding local content are becoming more and more frequent. Unfortunately, they are completely detached from the legal reality in Poland.
Introduction

The offshore wind farms fire the imagination of Polish small and medium-sized entrepreneurs, who are hoping to be part of this significant project for the Polish energy sector.

Assurances about the "security" of the Polish supply chain or about a "philosophy" regarding local content are becoming more and more frequent. Unfortunately, they are completely detached from the legal reality in Poland.

The situation is also not improved by locating the installation port in Gdynia, as this seemingly positive information is detached from the realities of the market and, above all, the relevant legal regulations, which would be absolutely binding for the foreign capital investing in Polish wind offshore market.

The planned share of Polish local content in offshore wind farm investments is currently estimated at between 25 and 30%... but this is just a forecast, which in fact will turn out to be a pipe dream in a moment, as these issues are in no way hedged with any regulations protecting or ensuring the participation of Polish small or medium-sized entrepreneurs in Polish wind offshore investments.

"Nobody is interested in securing Polish local content" is a quite surprising statement that appears in some publications on local content. Such statements should be regarded as completely wrong, because the Polish entrepreneurs see a great business potential in these investments. Unfortunately, their voice disappears in the noise of empty assurances and promises not supported by any concrete legislative actions.

If Polish decision-makers and legislators do not act quickly, Polish local content will benefit from these so important for Poland's energy security projects to a negligible extent.

I think that Polish local content should be identified in particular with small or medium-sized enterprises that are privately owned, and not only with enterprises with a State Treasury shareholding.

As I pointed out in a previous publication, local content should be used as a broadly understood value for a geographical area (understood locally, regionally or nationally) obtained directly or indirectly during a project conducted in a specific geographical area, which will secure the economic interests of employees, entrepreneurs, the state, local governments, etc. on a priority basis in relation to foreign capital and foreign entities. This value may have a multiple character and relate to e.g., employees, locally produced goods, know-how. One of the key issues in defining the above-mentioned concept is that this value should not be too easily and unreflectively imported to the area of project implementation, but used "locally" from the resources available in the above-mentioned area by using constructive priority rules.

In Poland, local content is often defined as "the Polish supply chain ", which in my opinion simplifies the meaning of this concept. In some countries, such as the Netherlands or Denmark, the interests of municipalities and local communities are also safeguarded.

Unfortunately, but with a clear conscience, it can be said that the Polish local content has not been legally secured at all with regard to investments in Polish offshore wind farms.

Both in the Public Procurement Law and in the so-called Offshore Wind Act, regulations concerning Polish local content are basically non-existent or very superficial.

This state of affairs is – at the very least – thought-provoking, given the fact that 'green energy' generated in Polish offshore wind farms is expected to cover as much as 25% of Poland's energy needs.

The failure to secure Polish local content may soon lead to a situation where offshore wind installations will be built by using foreign components, foreign software, will be serviced by service ports located in Denmark or Germany and protected by foreign companies.

In this context, a key question arises: how will the Polish State secure this energy sector, since it will not in fact have any real control over the mentioned installations?

Today, it appears that only large state-owned entities have secured their legal interests, while the rest of small and medium-sized entrepreneurs have been left to the mercy of "free market principles", which are in fact illusory in many aspects, e.g., foreign shipyards benefit from many state facilities and subsidies. For this reason, in my opinion, Polish entrepreneurs currently have a little chance in confrontation with "free market principles", which from the perspective of the realities of economic turnover in many cases are "free market" only apparently, because foreign competitors, unlike Polish entrepreneurs, benefit from many direct and indirect forms of real support from the state.

What is more, let us remember that time is running out (the first Polish OWFs are supposed to generate electricity in 2026), and still no coordinated legislative action was taken in Poland, which could at least to a small extent secure the participation of domestic enterprises in Polish offshore wind market by introducing universally applicable regulations safeguarding their interests.


The Port of Gdynia as an installation port for OFW and what next?

Recently, the government passed a resolution recognizing the Port of Gdynia as an installation terminal for offshore wind farms, which was quite enthusiastically received by the circles interested in Polish wind offshore market.

However, it must be firmly emphasized that the resolution does not have any binding force for the entities, which are going to invest in Polish Offshore Wind Farms, for the OWF developers and for the entities, which are going to exploit the potential of OWF. The above-mentioned resolution is at least a "green light" for the port, an information to act, but it has no market significance.

Soon it may turn out that German or Danish ports have a much better offer for Polish OWF, and the Port of Gdynia will be left with a large investment, but without business partners to benefit from it.


Is it impossible to secure domestic local content in Poland?

In my opinion, this attitude indicates either a misunderstanding of the issue or a complete lack of will to safeguard the national interest in Polish offshore wind market.

The most common 'arguments' used to enable discussion on this very important topic are the laconic and unfounded assertions that the European Union will not agree to safeguard Poland's interest in the OWF or that Poland's hands are tied on this issue because of EU directives.

According to Article 3(2) of the Act of 26 April 2017 on crisis management, OWFs will belong to critical infrastructure as equipment and installations included in the electricity supply system. Such services, according to the legal act quoted above, are recognised as crucial for the security of the state and its citizens and ensure the efficient functioning of public administration bodies, as well as institutions and entrepreneurs.

The consequences of including offshore wind farms in Polish maritime areas in the critical infrastructure of the state are twofold.

In my opinion, the issue of Poland's energy security and the area of defence can become a very good reason for securing Polish local content in OWF investments.

Another 'argument' that appears when addressing the above-mentioned issue is that the Polish State has no grounds to interfere in the private sector due to the very location of the OWF. The above demonstrates a lack of basic knowledge about the legal aspects.

According to Article 60 of the United Nations Convention on the Law of the Sea in the exclusive economic zone, the coastal State shall have the exclusive right to construct and to authorize and regulate the construction, operation and use of:
a) artificial islands;
b) installations and structures for the purposes provided for in article 56 (sovereign rights for the purpose of exploring and exploiting, conserving and managing the natural resources, whether living or non-living, of the waters superjacent to the seabed and of the seabed and its subsoil, and with regard to other activities for the economic exploitation and exploration of the zone, such as the production of energy from the water, currents and winds) and other economic purposes;
c) installations and structures which may interfere with the exercise of the rights of the coastal State in the zone.

On the other hand, Article 60(2) of the United Nations Convention on the Law of the Sea explicitly states that the coastal State shall have exclusive jurisdiction over such artificial islands, installations and structures, including jurisdiction with regard to customs, fiscal, health, safety and immigration laws and regulations.

With respect to the above regulations, they should be interpreted in such a way that Poland is actually obliged to secure the Polish local content in offshore wind farms investments, not through broadly conceived resolutions, forecasts, plans or assurances, but through the introduction of relevant regulations of universally binding law.

In the light of the above considerations, it is to be hoped that Polish decision-makers and the Polish legislator will eventually take the appropriate legislative steps to comprehensively safeguard the interests of Polish small or medium-sized entrepreneurs involved in this venture, as otherwise this sector of the Polish economy, as well as Poland's energy security and defence, will be largely in the hands of foreign entities.

At this stage, we may only propose once again the creation of a highly professional coordination team, open to unusual activities, which does not exist today. Such a team would have to act separately from short-term political or business interests. In this team, the "voice" of Polish local content, understood as a small or medium-sized entrepreneur, would absolutely have to be represented as broadly as possible.