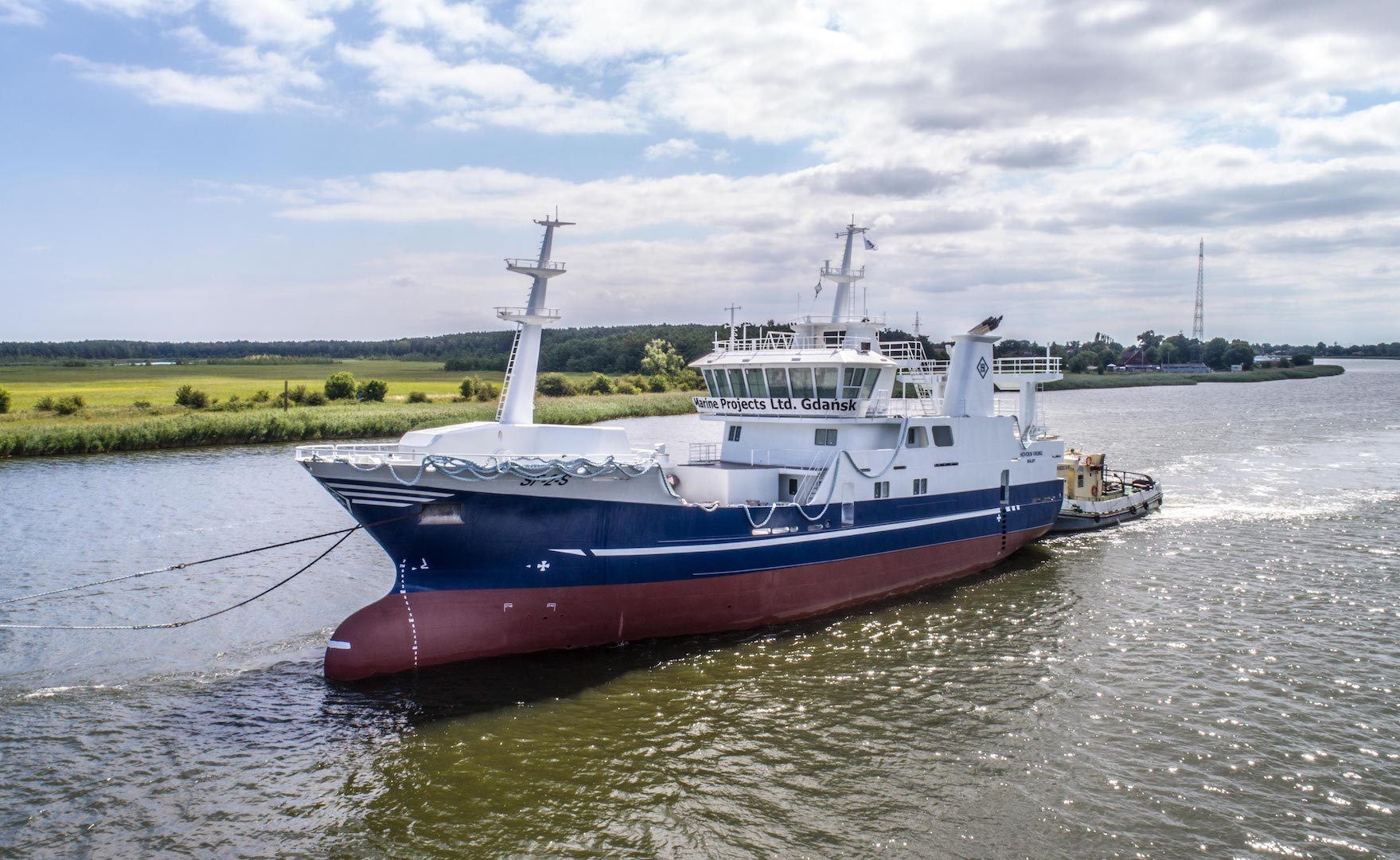 The purse seiner / danish seiner is partly equipped and its construction will be completed at the Norwegian shipyard Larsnes Mek. Verksted. The vessel is 46 meters long, 12 wide and can accommodate a 12 person crew.

This was the sixth ship built in the Marine Project in cooperation with the Larsnes Mek shipyard. Verksted. The next fishing vessel for this client is already under construction. In December last year, Marine Projects delivered a semi-equipped live fish carrier “Ro Fortune” to Larsnes shipyard. Vessel was ordered by shipowner Rostein AS.

The Marine Projects Ltd. shipyard was established in 1989. It is located on the banks of the Vistula, near the Stay Bridge in Gdańsk, on the site of the former Shipyard Joseph Conrad Korzeniowski.