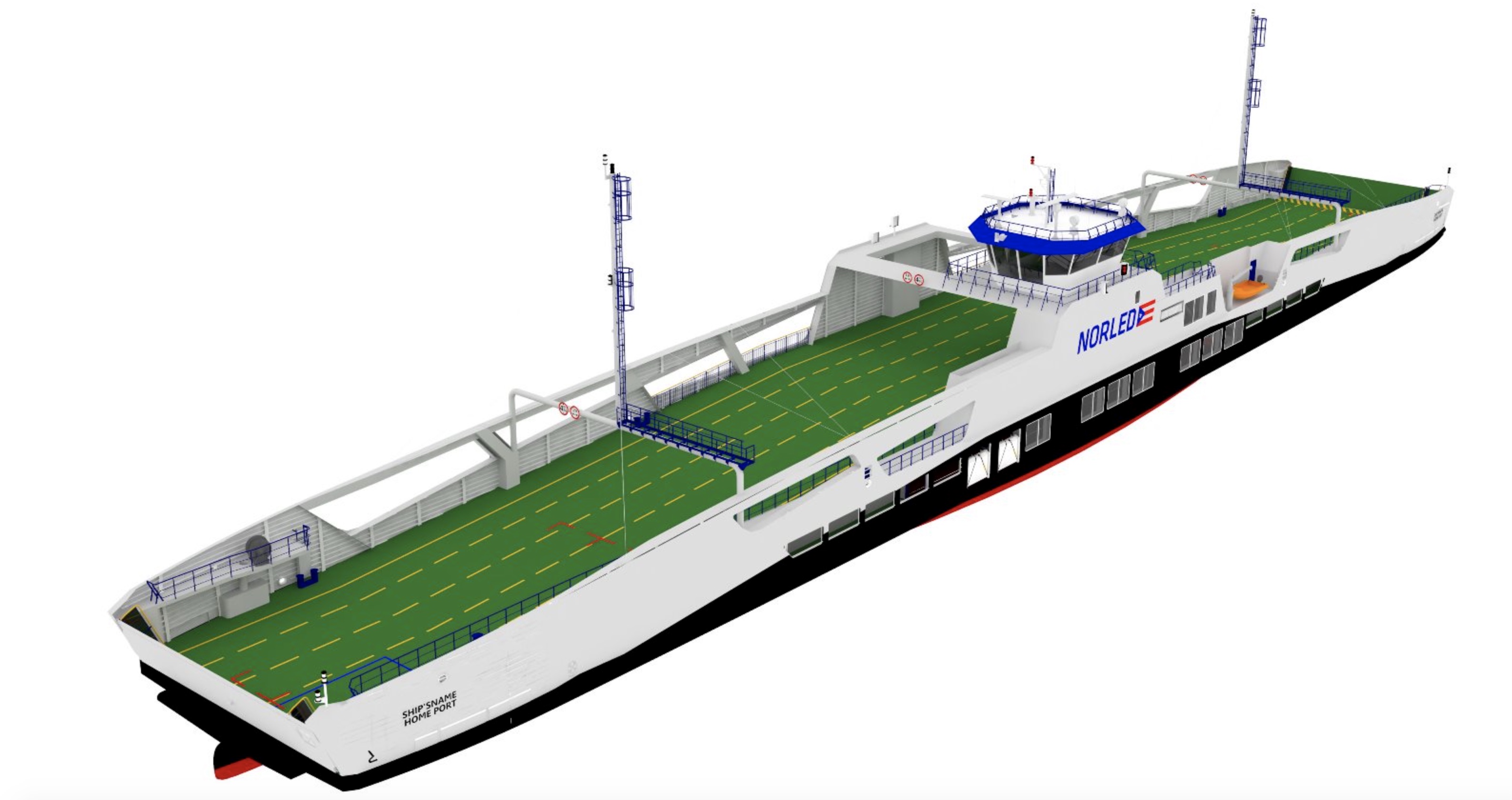 On 1st August 2018 Remontowa Shipbuilding, a member of the Remontowa Holding capital group, signed a contract for the construction of two Double Ended Diesel Electric Hybrid ferries for Norled (yard nos. B619/3-4).

The ferries will be built according to LMG 120-DEH design developed by LMG Marin and will be sister vessels to yard nos. B619/1-2 for which the shipbuilding contract was signed between RSB and Norled in July.

The ferries will operate on the Mannheller-Fodnes connection and, as compared to the ones intended for the Festøya-Solavågen connection, will feature two modifications. Since the Mannheller-Fodnes route is shorter, the capacity of the battery pack will be reduced by approx. 20%. At the same time, the vessels will be certified to carry more passengers with the maximum being 395 persons. Therefore, the number of lifesaving appliances will be increased in accordance with the regulatory requirements and an additional Marine Evacuation Station will be added.

Yard nos. B619/3-4 will be delivered in the First and Second Quarter of 2020 respectively.