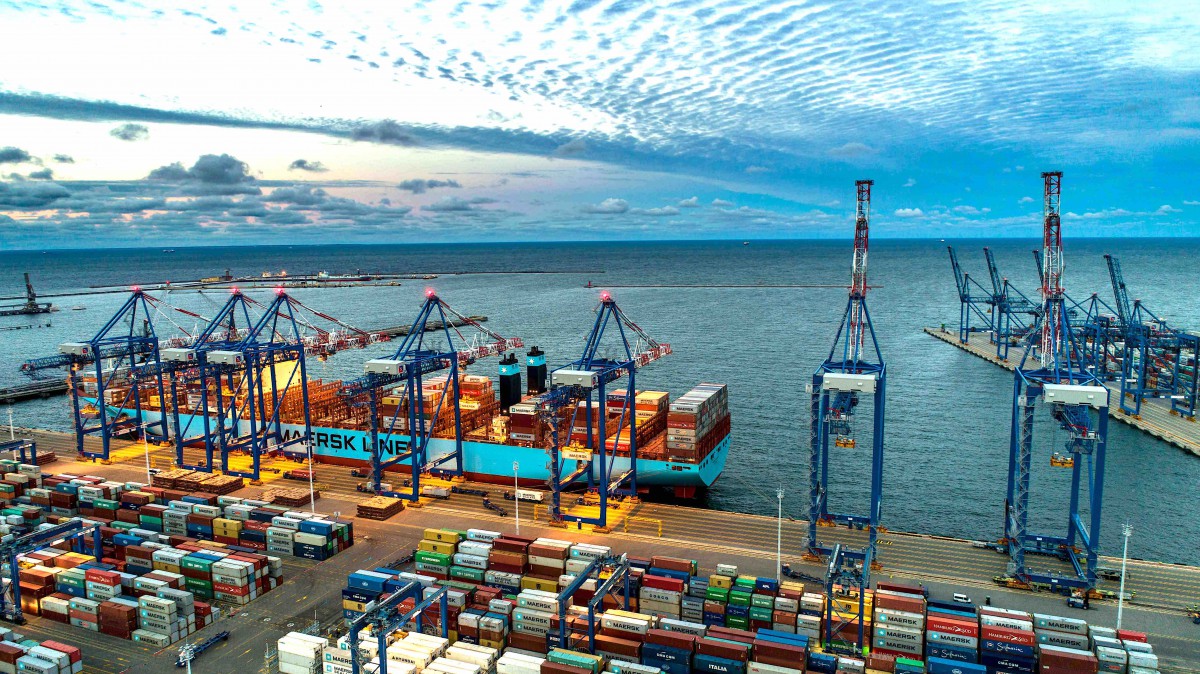 The next two giant STS cranes were transported to their destination. A spectacular transport operation from the assembly yard to the berth took place on Sunday. This means that the T2 wharf is equipped with up to 7 modern devices of this type (all with a reach of 25 rows of containers).

Crane elements came to DCT at the beginning of August. The gigantic STSs were mounted on a separate square, behind the T2 terminal.

Transport and assembly of STSs at DCT is carried out by the Polish company Portowy Zakład Techniczny specializing in assembly, installation and reloading of large-size constructions. Special transport platforms SPMT (Self-propelled modular transporter) were used for transporting cranes.

They are the largest container cranes in Poland and one of the largest in the Baltic. Parameters of cranes are truly impressive: lifting height under the grip 50m, overhang 72 meters from the rail from the water (25 rows of containers), SWL 65 tons in the 2x20' double grip. The height of the crane with the raised arm exceeds 100 meters, which is why these devices can be seen on the aerial maps.

Gantry cranes arrived from the Irish Liebheer company on board of Combi Dock I vessel. The vessel, over 160 meters long, is adapted to the transport of large-size constructions. An interesting fact is that the ship was built by the native CRIST shipyard. Ten years ago, the Polish shipyard built partly equipped hulls for this and three sister ships for the German shipowner.

Delivery and assembly of another crane of this type is planned at the beginning of next year.

DCT terminal at the end of 2016 launched the T2 terminal, doubling the reloading capacity to 3 million TEU per year, and now undertakes further activities related to the expansion - the T2B program.