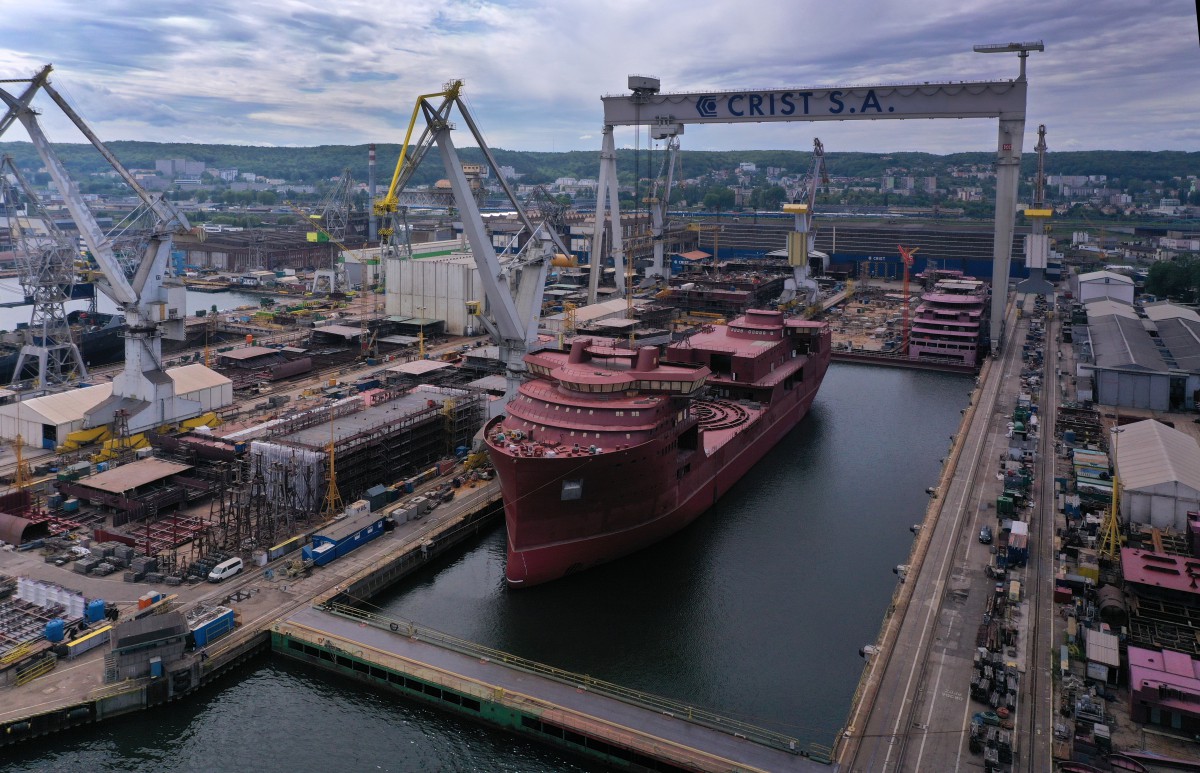 Nexans Aurora cable driver with dynamic positioning class DP3 was created according to the ST-297 CLV (Cable Laying Vessel) project from the Skipsteknisk ship design and consulting office in Alesund. The ship is adapted to work in difficult weather conditions, while maintaining high maneuverability and maintaining position.

- NB 314 "Nexans Aurora" is another, after NB 312 "National Geographic Endurance" and NB 311 "Color Hybrid" project, which was built in CRIST thanks to cooperation with our Norwegian partners from the Ulstein shipyard - says Tomasz Wrzask, PR & Marketing Manager , CRIST SA

The 149.9 m long, 31 m wide and 17.000 ton load capacity ship will accommodate a crew of 90. The unit will be adapted for laying power cables, including laying cables in bundles, connecting them, repairing and protecting them. An additional equipment will consist of a basket for fiber optic cable with a capacity of 450 tons.

The partly equipped hull of the vessel was built at the CRIST shipyard, the last finishing works will be carried out at the Norwegian shipyard Ulstein, while the final recipient is Nexans Subsea Operations AS. The company's main activity is advanced cabling and communication solutions. With over 120 years of experience, Nexans currently employs over 26,000 people worldwide.