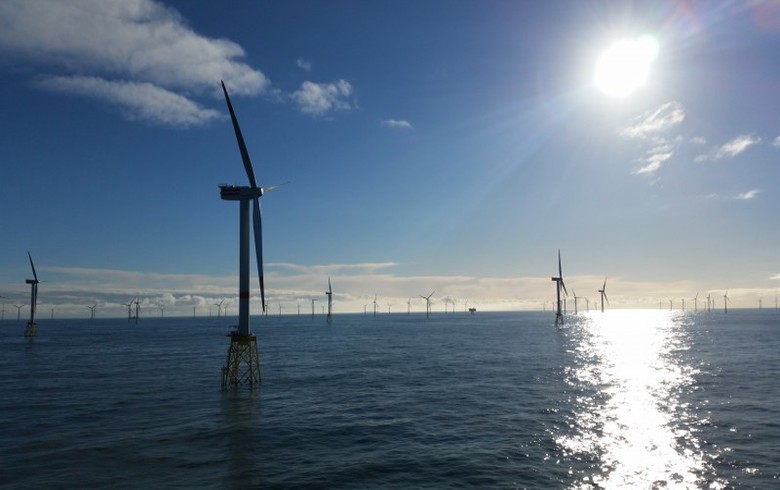 The Polish maritime sector and offshore energy market are preparing to take a leap forward
in developing offshore wind farms on the Southern Baltic in so-called exclusive economic zones. The conditions to proceed with investments and associated projects are really very impressive as Poland has some of the best coastal characteristics with regard to the sea bottom and wind conditions.

Currently, one of the hopefully few obstacles is bureaucracy, which unfortunately ties investors’ hands and slows down the process. On the other hand, this is due to the fact that the government would like the industry to benefit and use international relations in the best possible way. However, the so-called Offshore Act should soon be finalized. As regards information from the market, there is no threat to the market due to the pandemic. The financial institutions, investors, and production and service companies interested in the program declare that they are ready or almost ready to participate in the projects. This is a real challenge for the Polish maritime industry and could be a real transition initiative for all the parties involved. Currently, offshore wind projects are the most important and most rapidly developing sectors of the European economy.

The European Union has forced all members to take necessary steps in order to increase renewable energy production in the next 10 years. According to the latest environmental research studies, developing the renewable energy sector and shutting down the traditional non-ecological power plants is the most important thing for the whole global economy. The planned effects in Europe should lead mainly to: protecting European citizens from air pollution, ensuring new work places, providing an impulse for technological and economic growth. These aims are eagerly welcomed by all EU states and their citizens. Nowadays, the leaders in developing offshore wind farms are well-known players such as: the United Kingdom, Germany, Denmark, Belgium and the Netherlands. Poland is just about to join the offshore wind society as this will surely bring economic, environmental and social benefits to all of us. Nonetheless, this is a must not only for the Polish, but also the global economy and there is no possible way back.

According to domestic and international experts, the Southern Baltic has great potential for the development of offshore wind farms. Shallow waters as well as regular strong western winds give a unique opportunity to implement offshore wind solutions and provide a very efficient and reliable investment. Many surveys and environmental studies and a lot of research have already been done and the plans are very ambitious. Moreover, as a country, Poland is closer to achieving this goal than ever before. According to the latest information from governmental sources, the first energy from offshore wind farms will supply industry with electricity by the end of 2024 (other sources suggest by the year 2025). Investments will be made in the Polish exclusive economic zone on the Baltic Sea. The huge investment will require tons of steel for creating the necessary structures. This is a great opportunity for both the Polish and European steel and shipbuilding industries, which in recent years have already taken part in the production of wind towers. Poland has great potential in view of the huge capability of the Polish steel industry. Such an opportunity cannot be missed and must be used in order to maintain this potential for the coming years and future generations. Currently, there are 12 known projects to be developed within a total area of ca. 1,261 km2:

New investments have been broadly discussed, a lot of planning has been done and now it is time for real action and to take a leap forward. In the past years, many things were done and prepared in order to start the first phase of developing wind farms. Many of the required services are almost ready for action: accommodation and catering, maritime and inland transport, the supply of goods and electricity, insurance and training, and certifications. According to the latest information from the market, many of the companies interested in developing offshore wind farms are discussing such projects with their international partners and possible cooperators. At the beginning of 2020, the Polish Ministry of the Environment submitted a ready act regarding offshore wind farms, which was positively evaluated by the parties interested in investing, developing and servicing these projects. In the later phase, there were some small amendments. One of them referred to increasing the planned output of electricity gained from offshore wind farms. The act should be finalized soon.

BENEFITS ARE JUST AROUND THE CORNER

As the domestic production of traditional energy is insufficient to meet the Polish market requirements, there is a significant argument for developing offshore wind farms, which are easily accessible power sources. But as already mentioned, this is not the only reason for nor benefit from the initiative. This could be a great opportunity not only for the energy sector, but also for smaller harbors, local owners, services and suppliers on the Polish market. New investments will create thousands of work places, reduce electricity prices and guarantee a stable supply of electricity. In addition, the Polish economy will gain a technological impulse for developing and growing. Last but not least, are the environmental benefits, meaning a true reduction in air pollution.

Small old German fishing ports, which benefitted thanks to the offshore industry can be used as a pattern for creating an optimistic future for local Polish ports such as: Ustka, Łeba, Darłowo and Kołobrzeg. But not only will the smaller ports benefit if they adjust their infrastructure and navigational characteristics to the requirements needed by offshore support vessels, but also shipping companies and local suppliers. The conditions of the said ports should be appropriately prepared through technical modernization. The Port of Gdynia, which is currently servicing the wind turbine components of onshore wind farms, is one of the biggest Polish ports and was indicated as the main supplying and installation port for the forthcoming offshore investments. Currently, onshore wind components are handled in container terminals, which are not interested in the further trading of such cargo. There is a need to develop a new, fully dedicated terminal, and this needs to be built as soon as possible.

Apart from the ports and offshore vessels, the shipbuilding industry should also benefit from being active in this segment.

In addition to the abovementioned crucial gains, it should be stressed that the development of offshore wind farms would bring significant revenues to the state budget. Eventually, the energy security of Poland will also benefit.

As there have been no potential negative signs due to pandemic issues from any of the parties interested in the Polish offshore wind projects, there should be no further problems to commence with these projects. Additionally, the European Commission confirms that it is ready to support the banks which will be actively financing the offshore wind industry projects. As the process of constructing and developing the offshore wind farms will take many years, we should start as soon as possible as the time for preparation is limited. The opportunity should be used in the best way possible. We shall hope that offshore wind energy becomes a representative Polish brand in the world in the nearest future.

On 30th September, an important milestone was achieved. During the Pomeranian Offshore Wind Conference, Poland together with the European Commission, Denmark, Estonia, Finland, Lithuania, Latvia, Germany and Sweden signed the “Baltic Sea Offshore Wind Declaration”. This pact will begin close regional cooperation between all the mentioned parties. Moreover, the representative of the Polish Government announced that the Offshore Wind Energy Act should be processed by the end of 2020.

All of this information gives the market hope that this long-awaited and needed project will finally begin very soon.