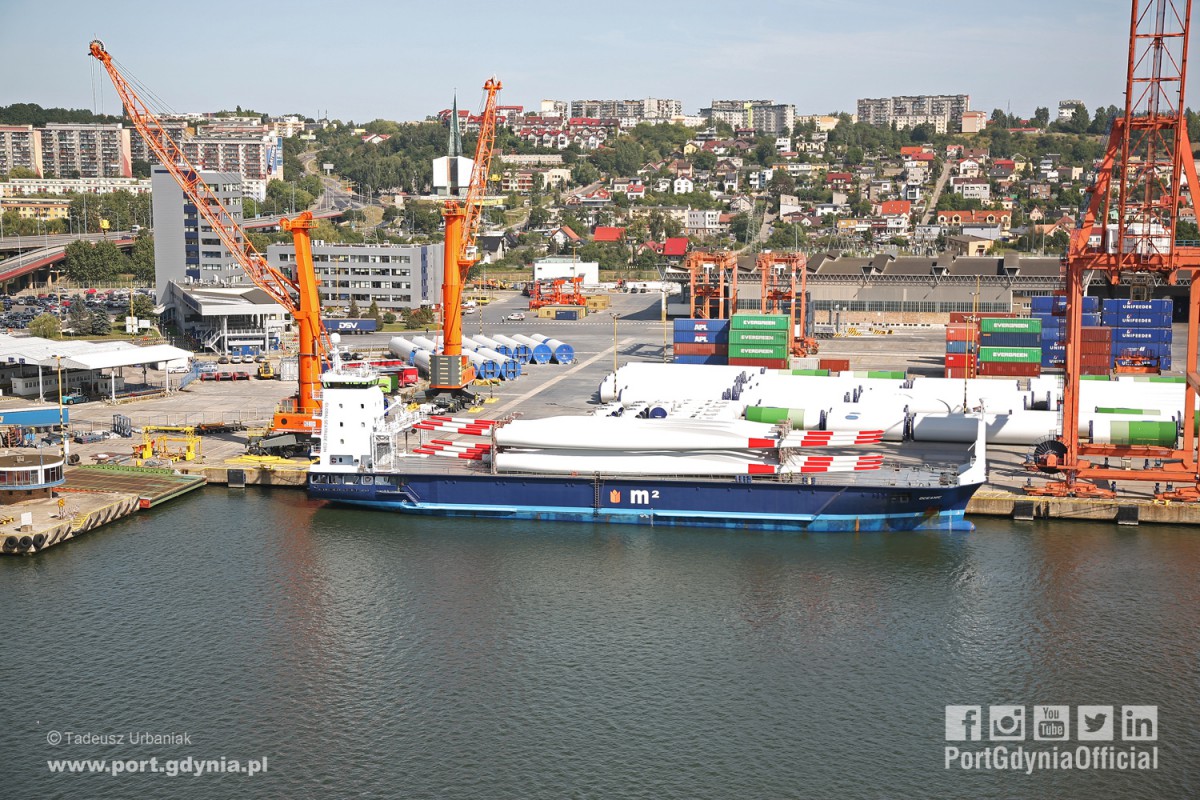 One of the largest investments in the history of the Polish energy industry. The Port of Gdynia, the Kosakowo commune, the city of Rumia and the city of Gdynia signed a letter of intent regarding the construction of offshore wind farms on the southern coast of the Baltic Sea. A billion-dollar venture over the years may provide up to 20% of domestic energy demand.

One of the largest investments in the history of the Polish energy industry. The Port of Gdynia, the Kosakowo commune, the city of Rumia and the city of Gdynia signed a letter of intent regarding the construction of offshore wind farms on the southern coast of the Baltic Sea. A billion-dollar venture over the years may provide up to 20% of domestic energy demand.

Currently, the National Power System in Poland, whose total capacity has exceeded 41 gigawatts, in over 70% is based on coal-fired power plants. In the upcoming years, the oldest power units will be withdrawn from use, because of its age and exploitation. This will cause the necessity to exclude more than twenty gigawatts generating sources by 2035. The solution to this problem is the renewable energy, which will fill this gap, and at the same time will be up to date with the EU and global trends.

So the government has prepared a strategy to obtain energy from new sources, and one of them is the wind. The best place to use it is the sea area, where the wind blows for 330 days a year. Offshore wind farms in the Baltic Sea have a chance to play a key role in the energy transformation of Poland towards a low-emission economy, contribute to guaranteeing the country's energy security and help in the fight with air pollution.

Moreover, the location of windmills at a distance of more than 20 kilometers from the shoreline will not disturb the coastal landscape of the Polish coast, and will be the engine of economic development of coastal areas and the whole of Poland. Expert calculations show that the installation of 6 GW offshore wind farms by 2030 will create 77,000 jobs nationwide, generate about 60 billion zlotys of added value to GDP and 15 billion revenues from CIT and VAT taxes. These will be gigantic investments, worth billions of zlotys, for which you need a proper port and extensive industrial and service facilities on land.

Overall, and bearing in mind the current situation, the plans included in the National Program for Maritime Wind Energy Development, the Maritime Port of Gdynia - in cooperation with Gdynia, Rumia and Kosakowo - became involved in propagating the priorities for the development of renewable energy.

The mentioned territories of the local self-governments will operate land facilities for wind farm construction. The structural elements will be transported to the Port, it will be folded there and from there will be eventually will stand in the sea. On the territories of municipalities, there may be factories producing materials for wind farms and construction companies. This would create hundreds of new jobs.

- The Port of Gdynia has many years of experience in handling oversize cargo. In 2007- 2016, wind farm constructions were reloaded - says Adam Meller, President of the Managing Board Port of Gdynia Authorities S.A. - In regard to our infrastructure potential and navigational capabilities, we have carried out analyzes of the possibilities of adapting the land owned for the handling, storage and assembly of offshore wind farm components. The results indicate that we are ready to service offshore wind farms, both during the construction and operation phases.

The beginning of wind farm construction is planned for 2022, related works and maintenance services will be carried out continuously for at least 18 years.

- With the city of Gdynia, Rumia and Kosakowo, we are undertaking an initiative aimed at developing CO2-free renewable energy. In a long-term perspective, participation in such a huge undertaking will ensure not only the development of the Port of Gdynia, but the entire region, which will be involved in the construction, operation and subsequent service of offshore wind farms. Gdynia Maritime Port Authority and three local governments will join forces to jointly present their investment potential - summed up the Vice President of the Managing Board Port of Gdynia Authorities S.A Grzegorz Dyrmo.