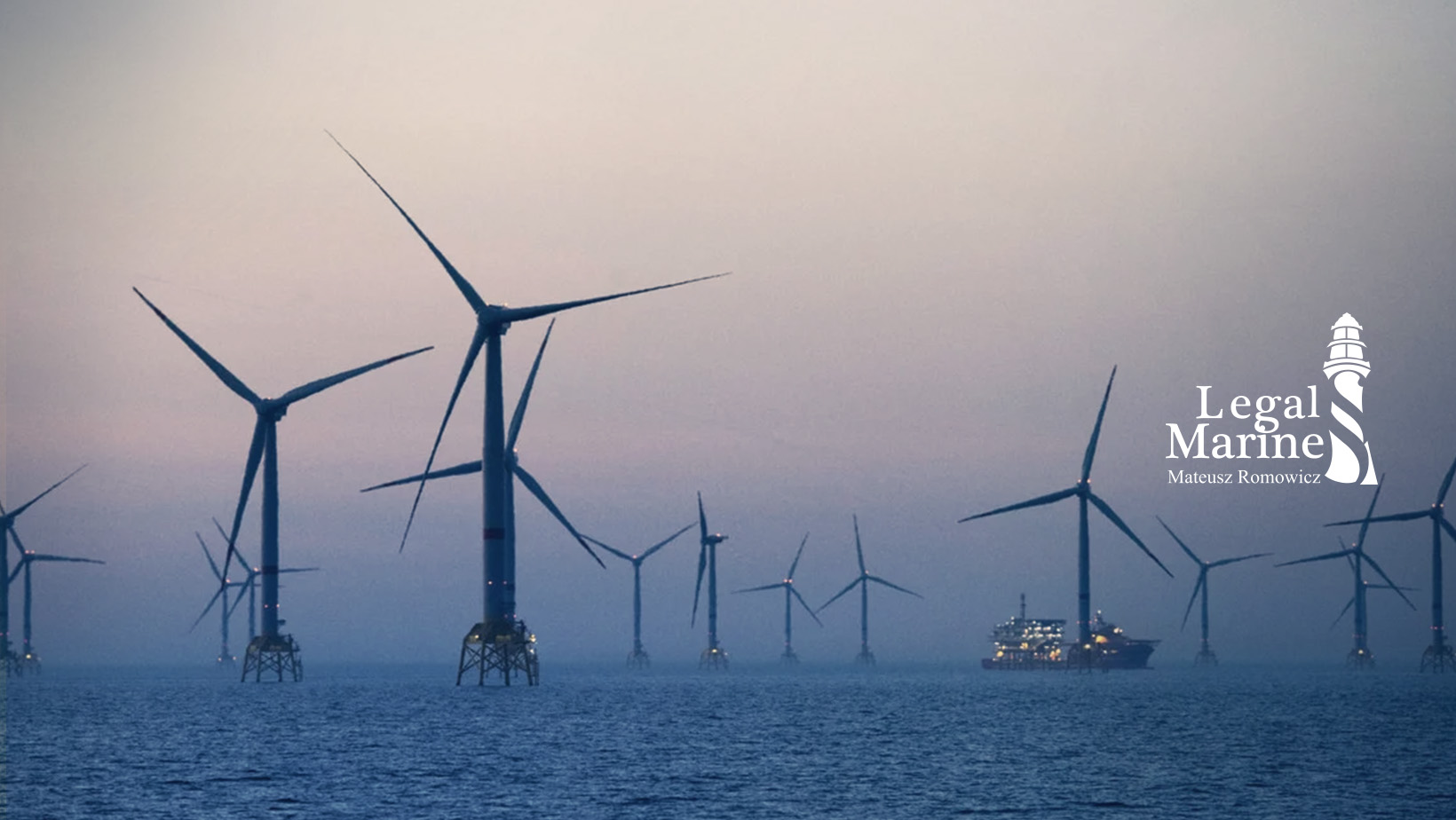 The local content issue in relation to Polish offshore wind farms has recently become the subject of many discussions and concerns in the broadly understood maritime environment. In the following publication I will present this problem from a legal point of view.

Putting quotation marks around local content in the title of this article is not a coincidence, as at the moment it is difficult to speak of such a term and its legal definition in the Polish legal system. This state of affairs is unacceptable and requires an urgent reaction of the Polish legislator, which must be coordinated with the broadly understood Polish maritime sector and must be very well thought out, as these new possible regulations will become the foundation for the offshore wind energy for years to come. It is also worth noting that the best solution for the sector would be to prepare such a list of legal bases that would not require constant additions and amendments. As I have pointed out on many occasions, one of the main problems of the Polish law is its low legislative quality and high volatility, which in this case may have disastrous consequences for the Polish maritime economy in the nearest future.

In my opinion, without changes in mentality of our nation (which may prove to be the most difficult) and a holistic approach to this problem by the Polish legislator and decision-makers, we will repeat the patterns of the past, which have become the source of many problems, often with tragic consequences, for the Polish "local content", as was the case, for example, with the construction of the motorways.

On the other hand, according to very optimistic, but not realistic, plans, Polish offshore wind farms are expected to generate electricity in about 5 years. Assuming the plans for the Polish offshore wind market are carried to completion, the regulations may be prepared "on the fly" and "to be amended later". This type of legislative activity seems to be the worst of all possible ways, as it may lead to the loss of a unique opportunity for the development of the Polish maritime economy, which, considering previous assumptions and the "maritime character" of Poland, seems in fact less significant, e.g. there is no modern Polish register, no real support for the shipbuilding sector in terms of small and medium-sized enterprises, no Polish Coastguard, no social and tax regulations to make Polish workers working in the Polish sector or under the Polish flag attractive to foreign employers of shipowners, and no regulations to prevent unfair competition in the shipbuilding sector.

Let us start with the definition of local content, as it seems that everyone understands this term somewhat differently, which may have a fundamental impact on the potential shape of future regulations in this field. In my opinion, local content (I would rather use the Polish term "local value", and in the context of offshore wind market simply "Polish value") should be used as a broadly understood value for a geographical area (understood locally, regionally or nationally) obtained directly or indirectly during a project conducted in a specific geographical area, which will secure the economic interests of employees, entrepreneurs, the state, local governments, etc. on a priority basis in relation to foreign capital and foreign entities. This value may have a multiple character and relate to e.g., employees, locally produced goods, know-how. One of the key issues in defining the above-mentioned concept is that this value should not be too easily and unreflectively imported to the area of project implementation, but used "locally" from the resources available in the above-mentioned area by using constructive priority rules.

While discussing the above issues in the broadly understood maritime sector, I came across some barriers, which may lead to the failure of the actual securing of Polish local content in connection with the construction and exploitation of Polish OWF:

I will skip the very fact of economic activation resulting from the emergence of a huge business in Poland, which are the offshore wind farms, as this is an obvious issue. Some models indicate the creation of up to 100,000 new jobs in connection with Polish offshore wind farms. However, what draws particular attention, is seeing the problem of local content from the point of view of subcontractors involved in the construction and operation of farms, ports, shipyards and maritime workers in the classic sense. These groups are of course also very important and even crucial, but it is worth noting that there are many more of these industries than one might think, and in order to secure these key spheres of business, we should invite to the discussion on local content the widest possible group of entities that could benefit from Polish offshore wind. As an example:

The purpose of this article is to change the perspective of those interested in Polish offshore wind market. I can only hope that this article will be a contribution to further discussion and new ideas on how to secure the Polish local content. Currently it may get lost in confrontation with "free market principles", which, from the perspective of the realities of economic turnover, in many cases are "free market" only seemingly, because foreign competitors, unlike Polish entrepreneurs, benefit from many direct and indirect forms of real support from the state.

Unfortunately, the majority of current debates ignore this very important element. Certain visions and plans are being discussed, which unfortunately are not at all grounded in the Polish legal reality, which requires immediate and thoroughly considered action of the Polish government and the legislator. The Polish local content must be taken into account in this action on a partnership basis. What is fully justified and what I call for is the creation of a special interest group for the Polish value for offshore wind farms area in the Baltic Sea.