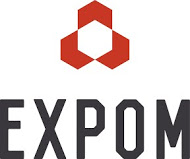 Offshore industry has been recently experiencing real problems what is noted even by the biggest manufacturers. However, Expom S.A. has found the way for maintaining the continuity of production - deciding for diversification of the portfolio of customers and accepting orders inter alia from the recycling industry.

In 2015 the world offshore industry was dealing with the crisis, which was the result of low oil price on the market. The present cost of the oil barrel dropped in comparison to the beginning of 2015 by 33.78 $. When comparing the present oil price with the records from holiday of 2014, it is a decrease of over 60% . It exerted an influence on the limited number of orders in shipyards and also in companies which are slightly distant from the sea such as, e.g. Expom S.A. from Kurzętnik in warmińsko-mazurskie province. As it is shown by market studies, the world manufacturers from power and offshore industries were forced to limit the employment by ca. 200 thousand people. In 2016, the cuts in investment expenditures of 30%  are also anticipated. However, for Expom, the observation of the situation on foreign markets even in 2014/2015 as well as broadening of the portfolio of customers from completely new industries allowed for surviving the worst time for the industry.

Projects for sea industry still make up the essential portion of our orders. However, the first orders for the recycling industry have been realized by us as soon as in the fourth quarter of 2015 - says Rafał Domżalski, the president of Expom S.A – At present, we are manufacturing machines and elements for steel recycling industry, which shall go to Belgium. We are also manufacturing the device and the subassembly for biomass processing ordered by a company from Austria - Domżalski adds.

Expom is known for the realization of prototype, original projects. The first finished large-size steel structures for recycling industry have already left the company while other are being manufactured. Expom is also realizing the first orders for agricultural and food industries.
Durability and resistance of Expom to changing market conditions are the results of scrupulously planned strategy of company actions. An important factor is also the readiness to undertake unusual orders as well as flexibility of the company, which is not limited to the power and offshore industries, but also encompasses the production within the framework of, inter alia, renewable sources of energy.