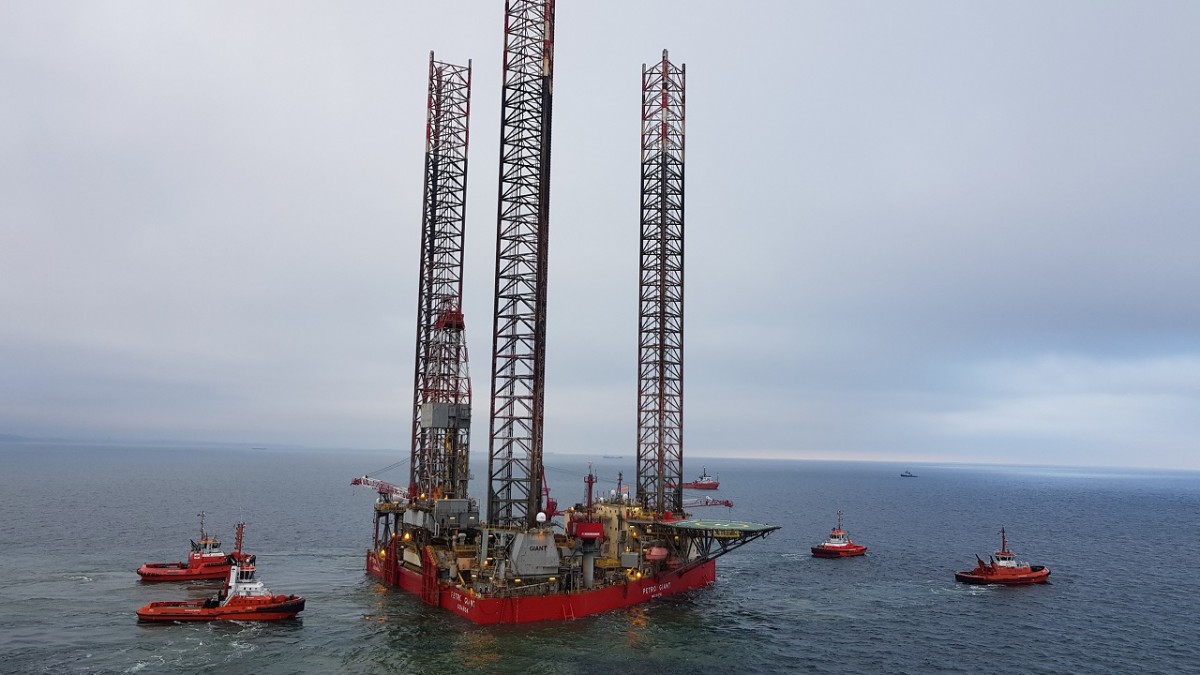 The entire operation, from preparation through towing to positioning and preloading took a total of about 68 hours. The towing distance of the platform has been 76 nautical miles. Three tugs took part in the operation: Bazalt - belonging to the subsidiary LOTOS Petrobaltic as well as Fairplay XVI and Akul. The weather  allowed the platform to exit the port. Weather conditions for such operations are strictly defined. Wind up to a maximum of 25 knots and waves no more than 2 m. The tow operation commander was supervised by the tow master - Captain Dariusz Pańczyniak.

The GIANT LOTOS Petrobaltic platform was purchased from MAERSK in June this year. This is the fifth and largest of all units belonging to this Gdańsk company. Built in 1986 in Japan, the platform was fully modernized in 2012. Earlier, the platform owned by the Danish shipowner operated in the waters of the North Sea. At the end of September, the unit reached Gdańsk, where it underwent adaptation work required for recertification and trained the crew. On October 22, 2019, the platform was registered by the Director of the Maritime Office in Gdynia and entered in the register of sea-going vessels. It sails under the Polish flag.

Petro Giant is intended for reconstruction and drilling work on LOTOS Baltic fields. It can drill wells up to a depth of 25,000 feet (7,620 m). Its first task will be the reconstruction of 7 wells on the B3 field in order to increase the volume of hydrocarbon production.