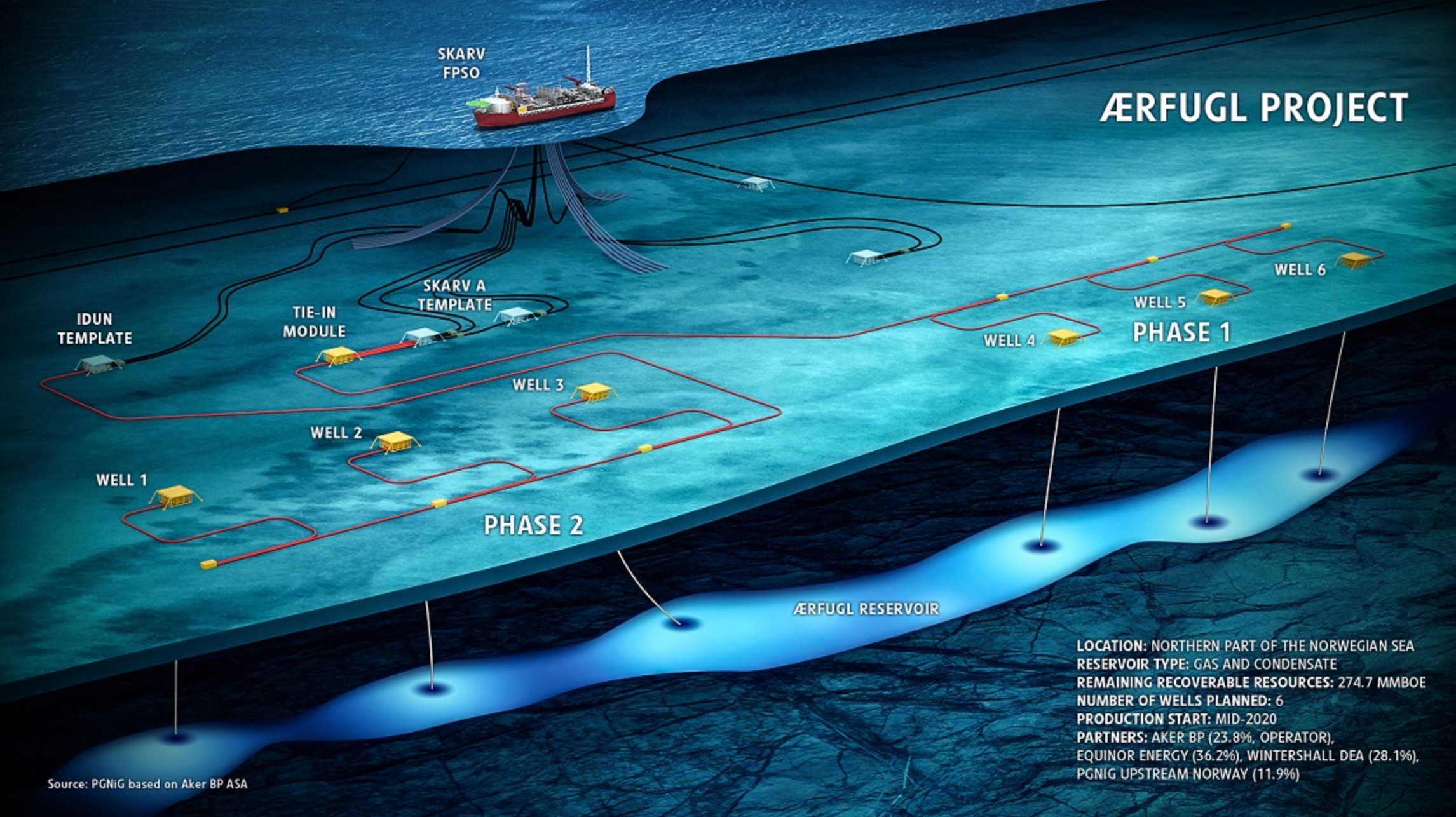 The first well is expected to start production in June 2020. By the end of the year the next three wells will commence production. The Ærfugl project will be developed using innovative technical solutions.

According to the Ærfugl Plan for Development and Operation the field will be developed in 2 phases – with three wells to be drilled in each phase. The license operator, Aker BP, estimates that the Development Phase 1 is 40% complete. As for the Phase 2 PGNiG Upstream Norway and its license partners decided to enter Define Phase with aim of entering execution stage in November 2019.

"The Ærfugl development plan is on track. This is important because the launch of production from the field will translate into a significant increase in our gas output in Norway, which we want to transmit to Poland via the Baltic Pipe from Q4 2022," said Piotr Woźniak, President of the Management Board of PGNiG SA.

Ærfugl is a gas condensate reservoir with the total recoverable reserves for both phases are estimated to 274,7 million barrels oil equivalent. During the peak year, PGNiG will produce from the field an estimated amount of approximately 0.5 bcm of natural gas.

The filed will be developed with 2 new technologies. The first will be electrical trace and heating of the pipe-in-pipe required to prevent risk of gas hydration during transport to Skarv FPSO located up to 21 kilometers away from the wells

The second solution will be the world’s first 7” Vertical Xmas Trees which are required due to expected high flowrates.

PGNiG Upstream Norway holds an 11.92% interest in the Ærfugl project bought in 2007. The operator is Aker BP, while the other partners are Equinor Energy and Wintershall DEA.