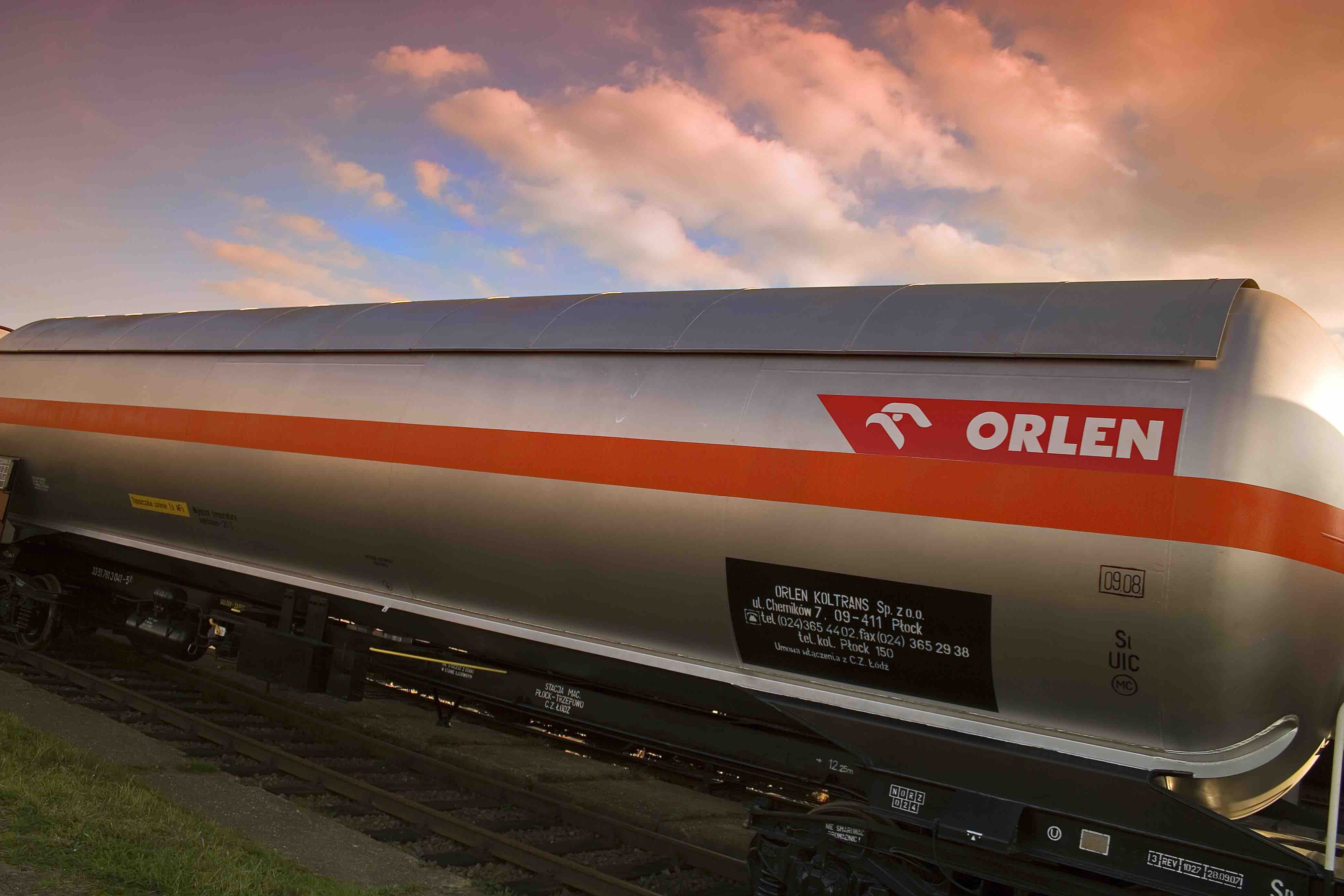 “In 2019, we delivered solid results despite a strong deterioration in macroeconomic conditions, over which we had no control. Regulatory changes, global economic trends and the situation in global trade make our business environment increasingly competitive. Therefore we think about the Company’s financial position in the long term and pursue initiatives that will further strengthen our competitive advantage in the future. We invest in modern petrochemical assets, enhance production efficiency and expand our retail network across the region. The significant contribution of power generation to PKN ORLEN’s earnings demonstrates that our choice of a path towards building a strong multi-energy group is fully justified. The year 2020 will be a pivotal time for us, full of challenges but also with growth opportunities we want to harness to build the Company’s value for our shareholders and the entire Polish economy,” said Daniel Obajtek, President of the PKN ORLEN Management Board.

The retail segment’s record-high results were achieved amid a 4% increase in total sales volumes (12M/12M), an increase in market shares in Germany and the Czech Republic, and a mid-teens percentage increase in non-fuel margin. 2019 saw a rapid rollout of the food and store format across the markets, including Poland, where 164 new O!SHOP brand convenience stores opened, and Germany, where the number of star Connect locations more than doubled. PKN ORLEN’s retail network has expanded into Slovakia, with ten service stations at the end of 2019. The co-branding process began, with almost all service stations already bearing the ORLEN brand. The Company also became the title sponsor of the F1 Alfa Romeo Racing ORLEN team.

The best-on-record results by the power generation segment represented a large contribution to the Company’s LIFO-based EBITDA, largely driven by persistently low gas prices. 2019 was also the first full year of operation of the state-of-the-art CCGT unit in Płock.
The Company’s net profit was adversely impacted by inventory valuation following a decline in oil prices and an increase in depreciation and amortisation expense related to changes in reporting standards (IFRS 16).

The metathesis project in Płock and the PPF splitter in Mažeikiai were completed. Work began to expand fertilizer production capacity and build a propylene glycol unit, a licence and FEED were purchased for the second generation bioethanol unit, further progress was made on the Petrochemicals Expansion Programme and the project to build a visbreaking unit was launched.
Further steps were taken as part of preparations for the offshore wind project, with work on environmental, wind and seabed geological surveys continued. The process to select a contractor to design the offshore wind farm commenced, and the process to acquire a partner for the project is being finalised.

In the M&A area, work continued towards acquisition of control of Grupa LOTOS, and a tender offer for all shares in Grupa Energa was announced. The Group continued to diversify its oil supply sources. PKN ORLEN retained its investment-grade rating from Fitch and Moody’s and, in line with previous announcements, paid out PLN 1.5bn in dividend (PLN 3.5 per share). As at the end of 2019, the Company’s net debt was PLN 2.4bn, having decreased by PLN 3.2bn relative to the end of 2018.

Solid performance in Q4 2019 despite challenging macroeconomic environment
In the fourth quarter PKN ORLEN reached net profit at the level of nearly PLN 800m. The fourth quarter of 2019 saw a significant year-on-year decrease in the model downstream margin by USD 3/bbl amid efforts to implement the IMO regulations and an increase in petrochemical production capacity globally.

PKN ORLEN’s downstream LIFO-based EBITDA for Q4 2019 came in at PLN 1.1bn, with a year-on-year growth in sales of petrochemical products, including olefins, fertilizers, and PTA by 46%, 6%, and 63%, respectively. Affected by the adverse macroeconomic environment, sales of refining products fell year on year, offset by improved sales structure, i.e. lower sales of heavy fractions.

There was an increase in consumption of diesel oil and gasoline all PKN ORLEN’s home markets except Germany, where diesel consumption remained unchanged.
In Q4 2019, PKN ORLEN’s retail segment posted quarterly LIFO-based EBITDA of PLN 592m, reporting a 3% year-on-year improvement in total sales volumes and a year-on-year increase in non-fuel margins across all markets. The Company also continued to roll out its non-fuel range, having opened 37 new food & beverage outlets, bringing their total number to 2,145, including 1,699 Stop Cafes in Poland, 306 Stop Cafes in the Czech Republic, 23 Stop Cafes in Lithuania, and 117 Star Connect stores in Germany. At the end of 2019, the Company’s service station network comprised 2,836 locations, a year-on-year addition of 33. In the fourth quarter, PKN ORLEN made further progress with its project to promote electric mobility by launching new charging stations, bringing their total number to 64. With a view to developing hydrogen technology, in 2019 the Company signed letters of intent concerning cooperation with the Metropolitan Association of Upper Silesia and Dąbrowa Basin and PESA Bydgoszcz and in January 2020 with The City of Plock.

PKN ORLEN’s upstream LIFO-based EBITDA for Q4 2019 was roughly on a par with the previous year’s figure, at PLN 69m. The average production in the period was 18.7 thousand boe/d. The Company continued to pursue its upstream strategy, focusing on the most prospective deposits.

In the Polish licence areas the drilling of the Bystrowice-OU3 well was completed and the surface and downhole equipment required to start production from Bystrowice-OU1 was delivered and assembled. Two wells in the Bieszczady project area were spudded, seismic surveys were acquired in the Edge and Płock projects, and the interpretation of seismic surveys in the Miocen, Płotki and Karpaty projects was completed. As part of ORLEN’s Canadian operations, carried out with partners, the drilling of eight wells began, ten wells were fractured, and eight new wells were brought on stream. Work continues on the construction and upgrading of production and transmission infrastructure in the key business areas. New drilling locations are being prepared. As at the end of 2019, the Company’s total 2P oil and gas reserves were to 197.3 mboe.

In 2019, PKN ORLEN continued to enjoy the trust and acclaim of a number of expert organisations, having been again awarded the prestigious titles of The World’s Most Ethical Company and Top Employer Poland. In 2019, for another year running, the Company topped the ‘500 List’ of the Rzeczpospolita daily’s ranking of the largest Polish companies, and was also listed in the 45th place among the world’s largest energy companies in the S&P Global Platts TOP250 ranking. Then, at the beginning of 2020, the Parkiet daily’s editorial team awarded PKN ORLEN as the Star of the Year 2020 in the ‘Event’ category for its merger activities in the fuel industry. In the same poll, readers voted PKN ORLEN’s CEO Daniel Obajtek as winner of the Star of the Year 2020 award in the Man of the Year category. His managerial style won him frequent awards also in 2019. For implementing a number of growth-oriented projects and for supporting domestic business and Polish sportspeople over that time, he received a number of accolades, including Vectors 2019, the title of CEO of the Year in the Bulls and Bears poll run by the Parkiet daily, and the Promethean Award. The Company’s key marketing activities included holding naming rights to the F1 Alfa Romeo Racing ORLEN team, and sponsorship of the volleyball world champions team, a number of leading Polish athletes and the Polish Olympic Committee.