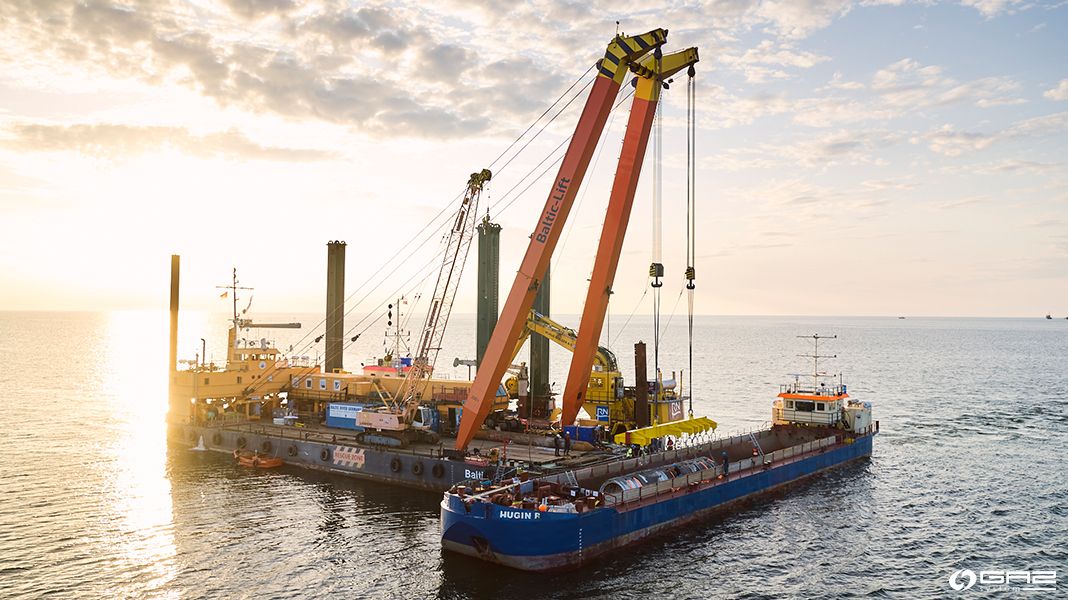 Shipyards
Pola finished her work at the Baltic Pipe [PHOTOS]

Gaz-System announced that the Pola boring machine has finally completed its work on drilling a 600-meter section on the Polish coast.

Pola's head was pulled out from under the sea and delivered ashore by a specialized barge. As the drilling machine head moved inland, the resulting tunnel was secured with concrete blocks. After a 600-meter section had been drilled, the machine head was left at the end of the tunnel to temporarily plug it and prevent uncontrolled flooding with seawater.

– Pola's head closed the tunnel so that it could still be sealed and properly prepared for the gas pipeline to be safe in it. After this work was done, the head was raised. The tunnel will be flooded with sea water to sea level in a controlled manner – explains Gaz-System's spokeswoman, Iwona Dominiak. – In this tunnel, the pipeline will be pulled from the sea to the land. In this way, the Baltic Pipe will land on the Polish coast. It will probably take place in the coming month – she adds.

The 600-meter tunnel on the Polish coast will connect the underwater part of the Baltic Pipe with the overground part. 2/3 of the tunnel are below the sea, 1/3 on land. A similar operation is performed on the Danish coast. The tunnel there is almost a kilometer long. – It is longer, because there is a cliff coast there, so the tunnel was designed differently due to geological conditions – explains Iwona Dominiak.

Gaz-System is also responsible for the work on the Danish coast. The tunnel there is bored by a TBM machine named Danka. The names given to both boring machines were selected in an internal competition among Gaz-System employees.