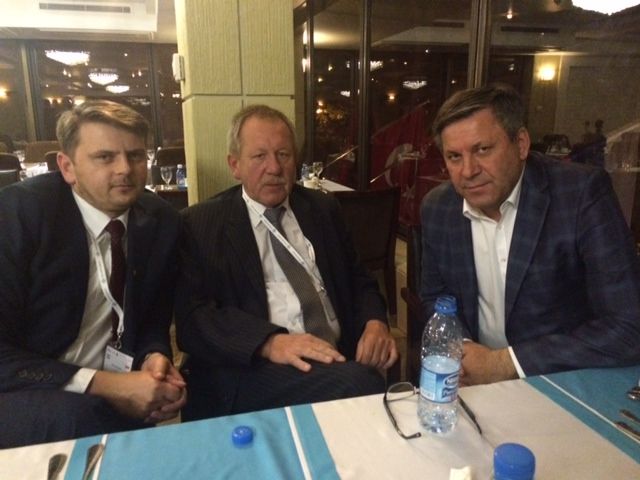 Shipyards
Rafał Domżalski (Expom S.A.): Entrepreneurs in Iran are like horses closed in racing stalls and waiting for the starter to shoot

On 28 September 2015 the governmental trade mission in Iran, for which the Minister of Economy Janusz Piechociński took the Polish entrepreneurs, ended. Offshore and machine branch was represented by Expom.

The mission was attended mainly by the representatives of the Polish food, power and agricultural sectors. Expom, specializing in the production of davits and marine cranes as well as large-dimension steel structures, was the only representative of shipyard industry, equipment for marine transportation and machine sector.

- Iran today is like Poland of the end of 1980s and the beginning of 1990s. It is visible in the economy, infrastructure, automotive sector and industry. Business is looking forward to the abolition of previous sanctions and it is ready for international collaboration. For us it is the best moment for the recognition of their needs, opportunities and difficulties, the establishment of relations and holding discussions in order to be able to participate in this new opening  – the President of the Management Board of Expom S.A., Rafał Domżalski, summarizes the business visit.

The goal of the trade mission was to establish constructive trade and business relations with Iran. The Minister Janusz Piechociński took the opportunity to talk to, among others, the Iranian Minister of industry, mining sector and trade and the Minister of economy and finance. As a result of these discussions a commercial cooperation agreement was signed.

- The commercial cooperation agreement concluded will allow for direct actions not only on the governmental level but, above all, it will contribute to the development of business cooperation between our countries – said Janusz Piechociński, the Deputy Prime Minister, at the meeting with the Minister of Economy and finance of Iran, Ali Tayebnia.
Together with invited entrepreneurs from Poland, the Deputy Prime Minister, during discussions with the Iranian politicians and business representatives, touched upon topics important for various branches of the Polish economy.

- The visit was very fruitful and B2B meetings were profiled to our needs. I met a few Iranian companies which expressed interest in the Expom offer and approached us with specific questions. We can see a chance for the commencement of cooperation in the field of specialized equipment and large-dimension steel structures for extraction industry, crane sector and technical infrastructure. We manufacture mainly for export, we already sent equipment manufactured in Expom to the United Arab Emirates or Singapore, now the time has come for Iran –  said Rafał Domżalski.

- It should be emphasized that the Iranian market is highly underinvested   but its potential is huge. Social similarities between our countries bode well for the future. The development of the economy is withhold centrally, as was the case in Poland in the 1980s. Censorship limits the access to information or culture. However, people learned effectively how to evade the limitations. Despite sanctions and numerous barriers there already exist companies running business activity on market principles in Iran and running foreign trade. In a few months totally new opportunities will appear and Poland should take advantage of them– adds the CEO of Expom S.A.