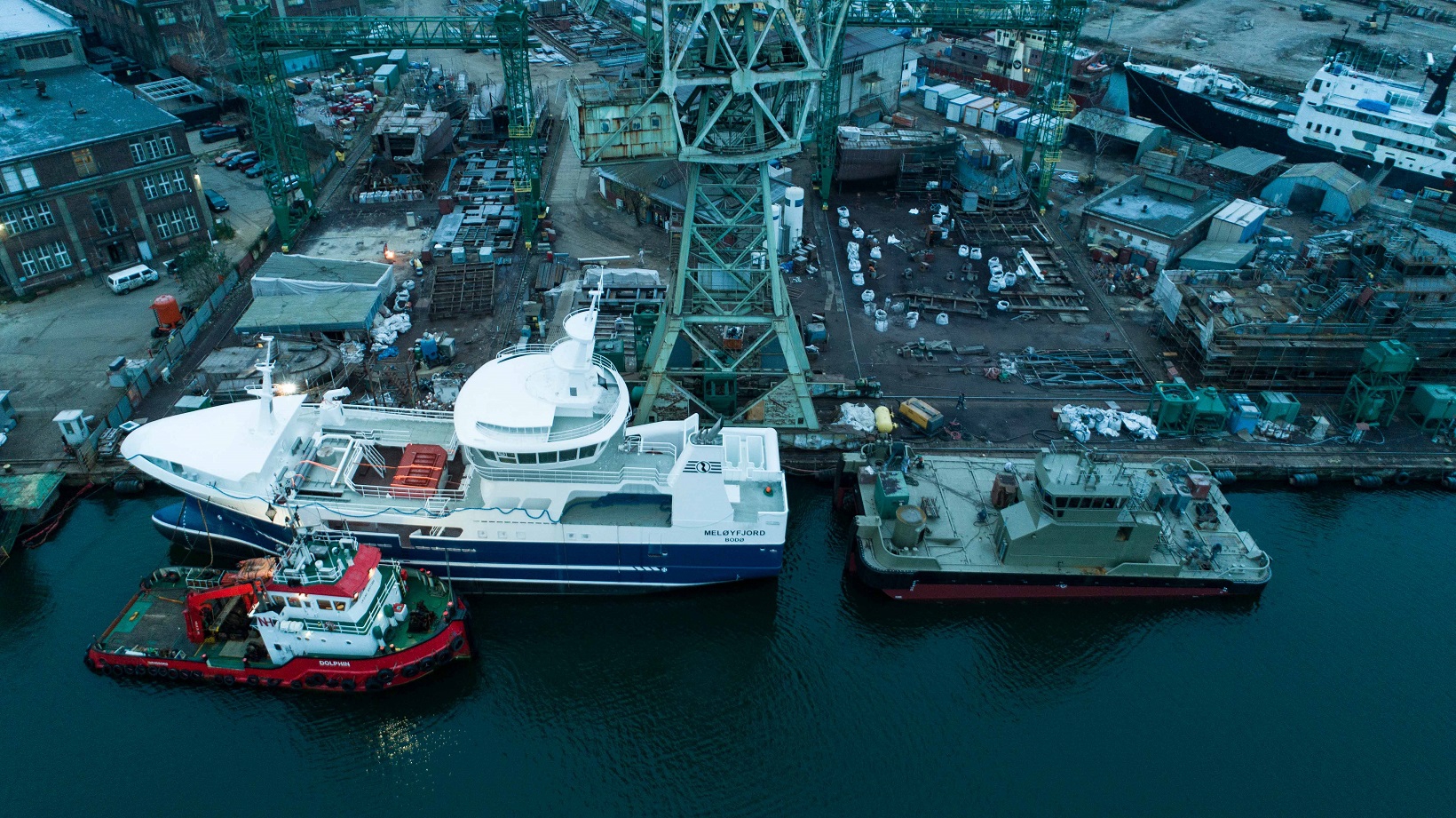 Shipyards
Work at the Safe Shipyard is in full swing! (photo, video)

A productive week at the Safe shipyard in Gdańsk. Despite the restrictions related to the coronavirus, the work is proceeding according to the schedule. On Monday, the partially equipped hull of the Multicat 3013 vessel was launched, while on Wednesday the fishing vessel for Stadyard left the shipyard. Multicat 3013 was ordered by the Dutch shipyard Damen Shipyards Hardinxveld. The hull of the 29,9 long and 12,5 m wide vessel was partially equipped in Gdańsk (including pipeline systems, and propulsion system). Safe shipyard donecomplete painting of the shell of the ship and tanks. The technical documentation was prepared and delivered by Damen, while the working documentation was prepared by the Safe design office. The vessel built under the supervision of the BV classification society will be handed over to the customer at the end of December for final equipment. The fishing vessel with construction number NB45, which left Gdańsk last Wednesday, will go to a Norwegian customer - Stadyard shipyard. Its technical documentation was prepared and delivered by the Norwegian design office, while the working documentation was prepared by the Safe design office. In Gdańsk, the hull was partially equipped with, among others, piping systems and a complete propulsion system. The completely painted unit with insulation in the RSW holds and the engine room was handed over to a Norwegian customer for final equipment. MS Meløyfjord, as the ship will be named, will go to the final recipient of Selfjordbuen AS next year. Safe Co LTD was established in 1995. The company is active at home and abroad, mainly in France and Germany. He deals with, among others construction of ships, steel bridge structures, as well as structures for the offshore, chemical and petrochemical industries.